News
Learning Curve
MinnPost's education reporting is made possible by a grant from the Bush Foundation.
Oct. 6, 2015

This morning I re-read the first story I ever wrote for MinnPost. It was published almost exactly eight years ago, and it detailed tensions between Minneapolis Public Schools and residents of the city’s near north side.

The flashpoints were the same as they are today — can the district deliver the same outcomes to its impoverished residents of color as it does its wealthy white students? — though the moment has definitely shifted.

I’m working up to a point here. But I am also determined not to bury the lede. I’ve accepted a new position as writer-in-residence for Education Post. I’m incredibly excited about it, and more than a little nostalgic.

Education Post is a year-old nonprofit based in Chicago, led by former U.S. Education Undersecretary Peter Cunningham and funded by Bloomberg Philanthropies, the Walton Family Foundation and the Broad Foundation. The aim is to foster constructive conversation about change in education.

Chris Stewart, the former Minneapolis School Board member and African American Leadership Forum director, joined Education Post a year ago and has done some stellar work there — including a summer’s worth of reflections on New Orleans’ bold, 10-year-old school reform experiment.

Chris has spent the last year traveling the country finding and nurturing the voices of parents and teachers, many of them of color, who are deeply invested in public education, and have stories that deserve a public platform. I’m excited to add my voice to the mix.

I’ll be writing about policies and strategies I have come to believe in both through my MinnPost reporting on efforts that are moving the needle and from my experiences as a Minneapolis parent. And I will have the opportunity to tell stories on a national scale without uprooting my family.

So what of that 8-year-old inaugural story? As I read, I thought about how much had changed in education, in journalism and in my relationship as a parent to schools.

When I wrote that 2007 story, MPS was just beginning to acknowledge that dramatic change was necessary. School leaders had almost no ability to hire and keep the staff they wanted. Doctrinaire beliefs prevented the district from selling long-mothballed school buildings to charters. Talking about race could get you chastised, as color-blind was the goal.

There have been many changes since then, but two of the biggest have been synergistic, in my opinion. The education sector’s ability to use data to identify unmet needs and promising practices arrived as the Twin Cities were getting their first high-performing, high-poverty schools.

No longer is it possible to ignore the fact that for disadvantaged kids better really is possible. And it’s impossible, in my book, to look at the rates at which we are failing them — often despite the knowledge that we can do better — and not feel a tremendous sense of urgency. 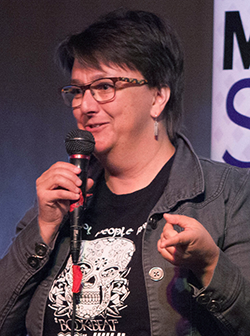 When I wrote that first story, my older son was in third grade. Because I had the means to buy into the cheapest block of the right ZIP code, he is enjoying a world-class education at Southwest High School. He has access to more high-level offerings than many college students.

Son No. 2 was in kindergarten back then. We didn’t know it then, but he has Asperger’s and needed special-ed services. It’s been a long journey that one day I will write about, but suffice to say I have learned something about the painful dynamic that plays out when a school sees a deficit instead of a child.

For the record, my now eighth-grader is having by far the best school year of his life at the crazy-innovative Venture Academy, which is engaged in game-changing work. I know the rap on charters and special ed, but Venture’s special-ed students are doing twice as well as MPS’.

Which brings us to the sea change that has transpired in journalism. You might not recall, but in the space of a few horrible weeks in 2007 the Twin Cities lost an unprecedented number of reporters. It seemed certain to be the death of journalism.

There I sat — scheming and freelancing, having been told by a career counselor that the only occupations I was suited for were corporate trainer, philatelist and writer — when MinnPost’s then-executive editor Roger Buoen called.

If you’ve ever met Roger, you know that even as an unfamiliar voice over the phone, he sends out the kind of safety-net vibe all the best editors exude. So I listened past the phrase “Internet startup” and ended up with a succession of safety-net editors and amazing colleagues.

The money part is, if anything, just as big a problem today as it was in 2007. The same big-city newsrooms that snickered when MinnPost and other nonprofit news sites popped up are now looking to foundation support, crowdsourcing campaigns and other nontraditional methods to pay for public-policy reporting.

At the same time, so much about journalism is so much better. My training dates to an era when we were taught to think of ourselves as gatekeepers. We didn’t tell readers what to think — that would not have meshed with the gloss of objectivity — but we did tell them what to think about.

We lost a lot of good people in the upheaval. Newsroom librarians, pothole-divining copy editors and a shocking number of photographers and other visual storytellers. But the gatekeeper? Good riddance, I say.

Because you know what? The best part of eight years at MinnPost has been the two-way nature of the new newsgathering process. We are exceptionally lucky in Minnesota to have a community that is willing to donate to create a sustainable model for civic-minded news.

To those of you who have donated, commented, shown up to MinnPost events, agreed to open your classroom or your heart to me, thank you. To the folks at the Bush Foundation, who have supported this work the last year and a half from the other side of a tall, tall firewall, thanks also.

It has been an absolute privilege to be allowed into schools to learn about roadblocks that would seem insurmountable if it weren’t for the aforementioned urgency, to witness audacious and hopeful things and to meet the young people who are going to shepherd us into the future.

That I have had the luxury of spending my days writing about what I see for a readership that feels so personally vested in those stories? I didn’t imagine that journalism, reborn as a conversation, could be so much fun.

I’m looking forward to broadening that conversation in my new role. I hope you will join me. Because, to cop one last phrase from former MPS Superintendent Bernadeia Johnson, all our kids are all our kids.

Some reflections on covering education in Minnesota