MinnPost welcomes original letters from readers on current topics of general interest. Interested in joining the conversation? Submit your letter to the editor.

The choice of letters for publication is at the discretion of MinnPost editors; they will not be able to respond to individual inquiries about letters. 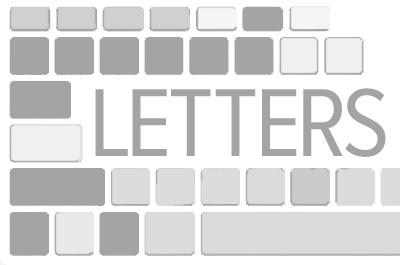 The people of Afghanistan have to create a government for their own society. We can support and help, but we cannot make it happen.

As an adult exercising the First Amendment in the rotunda, I was told I could not carry a sign on a stick. However, others were allowed to carry firearms.

Not all petroleum products and fuels are created equally. The production of oil from tar sands releases three times more air pollution as conventional crude oil. And pipelines leak.

The public property encroachment along part of the lake is a well-kept secret.

Not only is nuclear power safer than fossil fuels, but it can provide the energy that Minnesota needs to keep the water running, the lights on and the whole state ready for cold snaps.

If prescription price setting legislation stifles innovation and puts the next generation of treatments and cures for millions of Americans at risk, we will have lost our critical edge.

PSEO stands for Post Secondary Enrollment Options and it allows 10th, 11th, and 12th graders to take college classes for high school and college credit at little to no cost.

The Jack Reynolds Memorial Medigap Expansion Act would expand coverage for the gap left by what Medicare doesn’t cover to dialysis patients under 65, many of whom can’t get that coverage right now.

After nearly 40 years as a licensed profession allegedly founded on the bedrock of social justice did we only just realize the profession is 90% white?

It is now time, in the June special legislative session, to make a bold push for background checks for all gun sales, red flag laws, etc.

The value of investing in housing stability for youth and young families has never been clearer.

Minnesota legislators have proposed a 100% Clean Energy Bill to help reduce greenhouse gas emissions. I urge everyone to join this fight.

By neglecting to address the crisis, we are harming our communities and future generations.

What ever happened to the Republican Party founded by Abraham Lincoln?

It is more important than ever to keep guns out of the hands of those who are criminally or psychologically unqualified to own them.

We all agree that we need to lower out-of-pocket costs for patients, but we cannot sacrifice innovation in the process.

The tar sands oil is toxic and specialized technology that will periodically fail. The future market for oil is shrinking.

Letters: Fighting international poverty, in defense of wake boats, and Give to the Max day