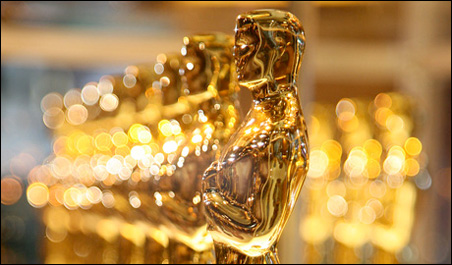 With Academy Award hype already ramping up by the hour, I didn’t want to get left too far behind. So, here’s the first of my two Oscar lists leading up to the Big Night on Feb. 27.

This one deals with some of my favorite Oscar moments, not that there’s any shortage of folks who’ve already weighed in with their choices.

You can find all sorts of lists — the Daily Beast’s top 22 Oscar moments, as well as lists of historical highlights and lowlights.

Not to mention a list of the Top 10 Oscar Moments of the 20th Century and a few other compilations like this one and this one.

With this many opinions out there, there’s bound to be a lot of overlap, but that’s OK.

Below are five that I vividly remember (very few of the clips can be embedded here, though, thanks apparently to a very protective Oscar).

I also offer my nominee for the best opening of an Academy Awards show — host Billy Crystal’s 1997 routine that includes a song tribute to the Coen Brothers’ “Fargo.”

See if you agree with my choices — or nominate ones of your own in the Comment section below.

Here are my five most memorable Oscar moments:

5. Sally Field’s “You like me” moment when she was named Best Actress at the 1985 Academy Awards.

4. Sacheen Littlefeather’s stand-in 1973 acceptance speech for Marlon Brando, who refused to accept the Oscar for Best Actor for “The Godfather.”

2. David Niven’s grace and wit during the famous 1974 “surprise” streaking incident, which many now believe was actually scripted by the show’s producers. (And if you’re anything like me, you’ve probably wondered what ever happened to the Oscar streaker. Here’s the answer.)

1. Robert Begnini’s exuberant 1998 journey from his seat to the stage (complete with chair-jumping and bunny-hopping) and joyful speech to accept the Best Foreign Film Oscar for Italy’s “Life Is Beautiful,” which he directed and starred in.

And then check back next Friday for another list offering a glimpse of Oscar glory.

And if you’re a Listing Slightly newcomer who loves movies and wants more of a pre-Oscar film fix, you might like a bunch of my earlier lists that highlight some of the most famous screen quotes. You’ll find separate lists detailing memorable one-word movie lines — as well as well-known two-word, three-, four-, five- and six-word lines.