What is an economy? This might seem like a silly question given that we are daily participants in our local economy, but a couple of recent episodes lead me to believe that it’s a question worth exploring.

How does this all work? Economists use simplified models to understand complex phenomena, and one of the first models we use in introductory economics courses is called the circular flow. The circular flow is a way of illustrating the interdependent nature of an economy. The diagram below shows a simple version of the circular flow. 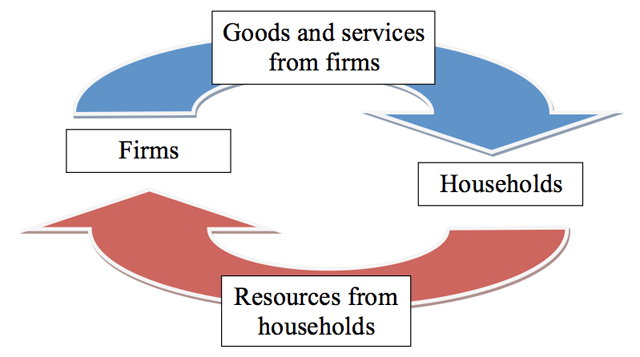 This version of the circular flow focuses on the physical stuff that’s moving between firms and households, but we can also look at the situation from the perspective of money flows, as shown in the next diagram. 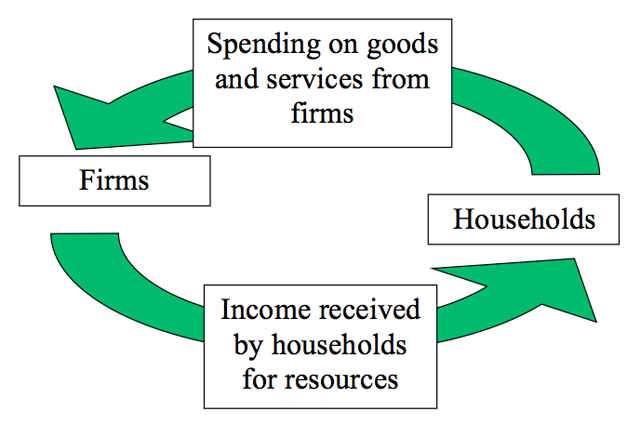 The direction of the flows is now reversed. Households send money to the firms when they purchase goods and services while firms pay for the resources they rent from households.

We can also expand the circular flow to include all of the different institutions in an economy such as non-profits and governments. The diagram gets pretty complicated; just Google “circular flow” and see what you find.

I’ve been thinking about what an economy is because of two recent events. First, the Jefferson Center for New Democratic Processes asked me to work with their citizens jury on the economy and the federal debt. To understand what is going on with budget deficits, taxes and debt, I believe that you must start with an understanding of what the economy is all about. 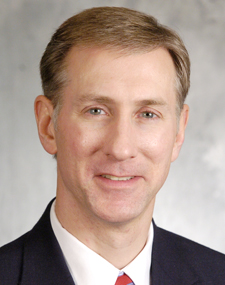 The circular flow helps you see the connections. Taxes levied on households affect businesses because it reduces their income and vice versa. Spending by government might divert resources away from goods and services households want to buy; on the other hand, if there are unemployed resources, government spending might put those resources to work and increase the flow of income. Once you have this framework, you can then ask questions about the size of government, the appropriate level of taxation, and the consequences of a growing national debt.

The second incident was the recent debate over a tax bill in the state House.  According to the StarTribune,  Rep. Steve Gottwalt, R-St. Cloud, accused the DFL of waging “class warfare on the House floor.”

“These are job creators; these are our Main Street businesses who are sick and tired … of the Democrat mantra of how they are somehow the evil wealthy, that they’re somehow taking advantage of Minnesota,” he said. “They create the jobs that put the food on the table, that create the resources for all the do-gooding you want to do.”  (Rep. Gottwalt’s speech is available here.)

This is a different view of what an economy is than the circular flow. Business is the economy in this world; as Rep. Gottwalt later said, business is “the goose that lays our golden eggs.” The role of households, non-profits, government and everyone else in the economy is to feed this goose and hope that it keeps blessing us with its bounty.

This perspective misses the fact that the resources and income in an economy are not created by business alone, households alone, government or by any single group in society. It’s all about the interaction of these groups and their interdependence on one another. We need a healthy business sector to generate jobs; businesses need robust households to purchase the goods and services they produce. Businesses and households rely on the labor of women and men who choose not to work in the market but to produce things of value in our homes, in our churches and in our volunteer organizations. Citizens come together through the democratic process to do things that they can’t do through markets.

That’s what an economy is: it’s all of us working together.