I still remember wandering away from my mom and getting lost at the 7-Hi Red Owl when I was about 6, checking out at SuperValu and getting Gold Bond stamps, and shopping at Country Club Market while my siblings had their piano lessons.

Only SuperValu remains, but its future is uncertain. SuperValu, like its Fortune 500 cousin Best Buy, is fighting to survive amidst the most recent changes to sweep through retailing. How will it turn out? Let’s begin at the beginning.

The grocery business followed a path parallel to the one I described for retailing in general.  Grocers in the mid-19th century were small, local retailers that bought produce along with canned and packaged food via wholesalers.  Bakeries sold bread, butcher shops sold meat, and a typical shopper went to multiple stores to make the weekly food purchases.

National chains that integrated wholesaling and retailing started to appear in the 1880s, the best known being the Great Atlantic and Pacific Tea Co., i.e. the A&P.  The chains soon started stocking bread, especially in the 1890s and 1900s when large integrated baking plants sprang up in cities such as New York and Chicago.  Meat counters took longer to make their way into grocery stores, but by the 1920s they were a regular feature in urban stores.

The 1920s and 1930s saw the development of self-service markets. Previously, items were displayed on shelves behind a counter; customers would select their articles and clerks would pull the items down from the shelves and box up the order.  Now, customers walked through aisles containing shelves of merchandise, with each individual item displaying its price on a tag. They deposited their goods items in shopping carts and paid for the purchases at check-out counters.

This latter type of store is pretty familiar to us today, and in a sense the store we shop in is an evolution of this concept.  It’s behind the scenes where the true revolution has occurred over the past 60 years.

Keeping track of inventory and making sure that the goods customers want to purchase are available lie at the heart of retailing. Grocers know this as well as any other merchant, and in the 1950s and 1960s computers made their way in the larger chains to meet these needs.

But there was still a big problem: each individual item had to be tagged with its price, check-out clerks had to read each item’s price and ring up purchases, with the cash register recording each transaction on paper tape, and finally the information from the tapes had to be hand-entered into computers. This was a labor- and time-intensive process with many places for errors to pile up.

Enter the Universal Product Code (UPC) and the barcode. In the early 1970s, a standard for barcodes was introduced that allowed scanners to read the code and digitally record the necessary information about each item quickly and accurately.  It eliminated the need to tag each item, since the UPC could be printed on the factory label, and made a direct connection between the cash register and computer system.

All of this meant labor productivity rose dramatically, either because a given workforce could run a larger store or because a given store could operate with a smaller number or people. Cub Foods is an example of an early adopter of these ideas. Workers using forklifts could lift cartons of merchandise on to shelves, cut open the packages, and have items ready for sale in a matter of minutes as long as the product’s UPC was programmed into the computers.

What next for SuperValu?

Over the past 30 years, SuperValu rode this wave by focusing on the distribution side of the business and building up Cub Foods. At the same time, however, Wal-Mart and Target both took advantage of these trends to add groceries to their stores, and used their large purchasing networks to drive down prices.

SuperValu responded by purchasing chains such as Albertson’s and Jewel-Osco in order to spread their fixed distribution costs over more stores, hoping to reduce their average costs of operating closer to those of Wal-Mart. Unfortunately, this strategy hasn’t worked out. So what’s next?

Someone could purchase SuperValu and break it up. My suggestion: Target should buy SuperValu up, sell off the supermarket chains (Albertson’s, Jewel-Osco, etc.) and then take the best of SuperValu’s distribution businesses and integrated it into its own network.

The big question then is, what about Cub?  I can imagine two possibilities. One is to sell it along with the other chains. Two Cub stores in St. Cloud, for instance, are now Cash Wise stores owned by Coborn’s, Inc. 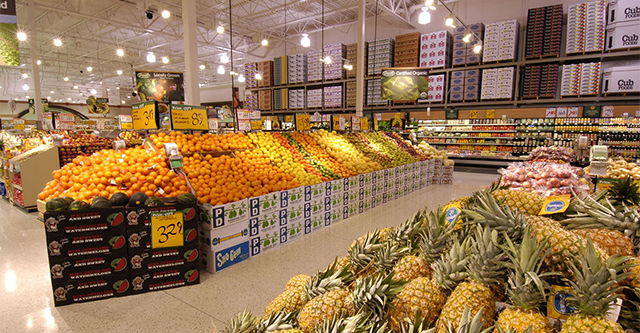 SuperValuThe big question then is, what about Cub?

The other is more speculative. How about a new store, say Target Local? That is, take Cub and turn it into a grocery-based Target, rather than a Target that happens to have a grocery store. Instead of school supplies, kitchen gadgets, and other non-grocery items that feel like afterthoughts in most grocery stores, Target Local would have the high-quality, low-price merchandise you find at Target but you can now get it at the grocery store.

Yes, I know, I made a similar suggestion about Best Buy, and I haven’t changed my mind. My point then and now is that Target, and other Minnesota-based companies, should look at Best Buy and SuperValu as collections of important assets, especially human capital. There are thousands of people in Minnesota working for these firms who have successfully created new ways of selling electronics and distributing groceries over the past 30 years. It would be best for Minnesota’s economy if they stay here to help Target and other existing Minnesota companies grow and prosper and to build the next generation of Minnesota companies.

Why SuperValu prospered and how strengths of the company could survive