I used to make MPR’s Gary Eichten crazy by answering questions on economics with: “Well, on the one hand…but on the other hand…”

Politicians hate this, too. They want unambiguous cures, remedies and solutions — and they want them now.

For a time, it seemed some politicians had exactly what they wanted when it came to dealing with the national debt. But the past two weeks have turned into the revenge of ambiguity. Let me explain.

In 2010, Harvard economists Carmen Reinhart and Kenneth Rogoff concluded that  “median growth rates for countries with public debt over roughly 90 percent of GDP are about one percent lower than otherwise; average (mean) growth rates are several percent lower.” They set out their case in five pages of tables, graphs, prose, footnotes and citations to other work.

Recently, Thomas Herndon, a University of Massachusetts graduate student, tried to replicate the Reinhart-Rogoff study, but he couldn’t do so. Once he got the original data from the authors, he found they made a spreadsheet error which, when corrected, changed their conclusion. Now, it seems that there is no statistically significant difference between countries that have debt-to-GDP ratios below and above 90 percent.

This case is an example of how academics do their work. We publish studies; others try to slice them, dice them, replicate them, extend them, and do all sorts of mean, nasty, ugly things to them. If our conclusions withstand this scrutiny, we have confidence in them and build on them; if not, we throw them out and start over again.

I constantly urge my students do this in their own research projects. Go find a study, try to replicate and extend it to another time or place, and see what happens.  You might learn something (and so could the rest of us.)

Unfortunately, soon after the Reinhart-Rogoff study was released, it became the topic of overwrought sound bites used by (mostly conservative) pundits and politicians: Debt-to-GDP ratio of 90 percent is a tipping point! Countries go past that point at their own peril! A grand bargain of tax increases and spending cuts had to be enacted right away to avoid a drastic slowdown in U.S. growth! 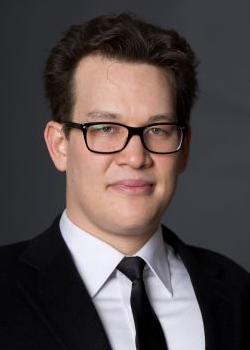 U. of Massachusetts at AmherstThomas Herndon

Herndon’s work then morphed into a Replication poke in the eye: Ha, Reinhart and Rogoff were wrong! We don’t need to worry about debt! Stop harping on the debt and start stimulating the economy! Even Stephen Colbert got into the act.

Why should you care about any of this? Because it carries an important lesson about the relationship among policies, politicians and academics.

Academics always live with a deep sense of what we know and what we don’t know about our subjects. We’re always waiting for someone to show that we’re wrong, that we made a mistake, that we missed a source.

Nobel laureate Robert Solow put it well when he urged professors to embrace this tension, saying: “Don’t omit qualifications. Never claim more than you actually believe or can justify.”

Professors are reluctant to make thunderous pronouncements about economic policy; they have to face the music of other professors scrutinizing their work.

This is why politicians prefer to get their support from a different kind of professional intellectual: policy entrepreneurs. Policy entrepreneurs are like professors in that they have advanced degrees, but instead of working in academia and subjecting their work to the scrutiny of their peers, they work for organizations where they can promote their views without being challenged.

Politicians prefer policy entrepreneurs for a simple reason: Politicians are looking for intellectual support for positions they’ve already taken. So they’ll go out and find a think tank or policy shop that has the kind of policy entrepreneur they like. They’re not interested in starting with a position and having it challenged.

Reinhart and Rogoff’s study started as academic work full of qualifications and subtlety. Policy entrepreneurs got a hold of it and turned it into a single number that held the gospel truth.

So here’s the lesson that that you, dear reader, should keep in mind when reading about economic policy: Beware of policy entrepreneurs bearing clear answers.  They’re probably wrong.

Learn to listen for the uncertainty, ambiguity and discomfort that academic studies deliver, and repeat after me: “On the one hand… on the other hand…”