Most people probably don’t find a sentence like that very interesting, but when I read it in Wednesday’s news release from the Bureau of Economic Analysis (BEA), I was thrilled.

Previously, state-level information on the production of final goods and services came out annually and with about a six-month lag. Estimates for the entire U.S. economy have been available on a quarterly basis since 1947, but we had to use other measures to infer production at the state level. Now economists will be able to get a more nuanced look at Minnesota and other states’ economies and can compare what is happening quarter-by-quarter nationally with economic activity in the individual states.

Just as important, we can use these data to look back and see get a more fine-grained look at how Minnesota fared during the most recent recession. According to the National Bureau of Economic Research (NBER), the recession began in December 2007 and hit its trough in June 2009. The graph below shows Minnesota’s quarterly GDP since the fourth quarter of 2007 (when the recession began) to the fourth quarter of 2013. 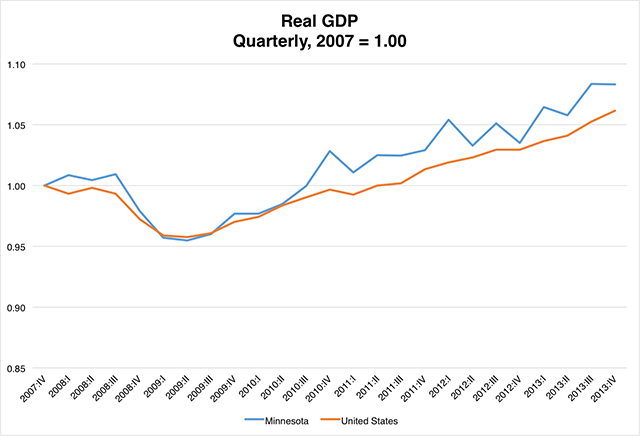 Using the fourth quarter of 2007 as starting point, we can see the recession bottoming out in both Minnesota and the U.S. during the second quarter of 2009. Minnesota held its own through most of 2008 but joined the rest of the country’s downturn in late 2008 and early 2009. Thus, by the summer of 2009, both the U.S. and Minnesota economies were producing about 95 percent of the output that they had in late 2007. We can also see that Minnesota pulled ahead of the national trend starting in late 2010 and kept on going after that.

So why did Minnesota do better than the national average? It turns out these new data also allow us to dig to into this question. In particular, the new figures break down GDP by industry so that we can see how well the various sectors of the Minnesota economy were doing since 2007. Let’s start with the big picture: 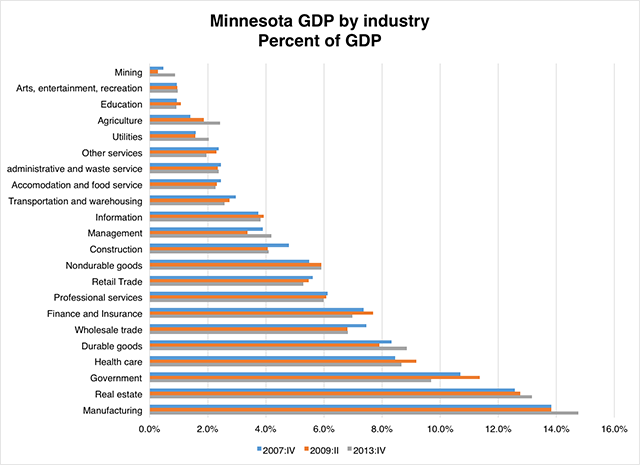 I see four features of this graph that help explain Minnesota’s above-average performance: 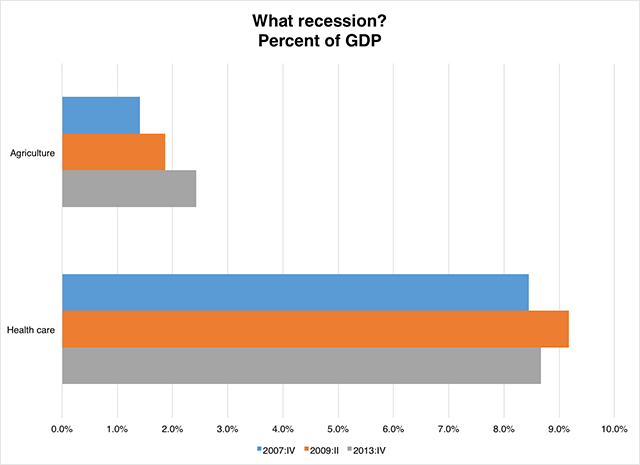 Agricultural output and health care both grew as shares of Minnesota’s GDP, and both of these sectors experienced strong growth throughout the recession. 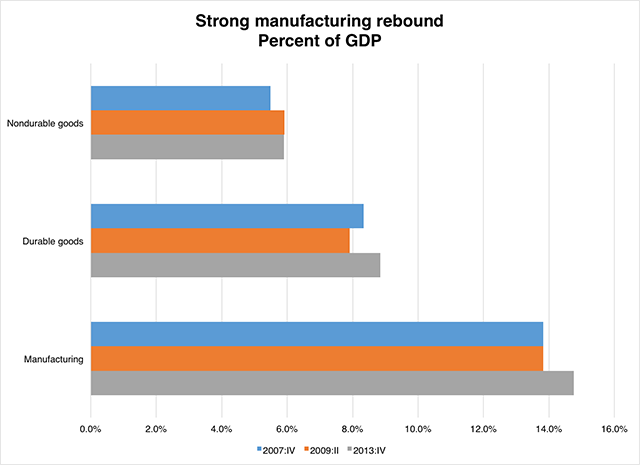 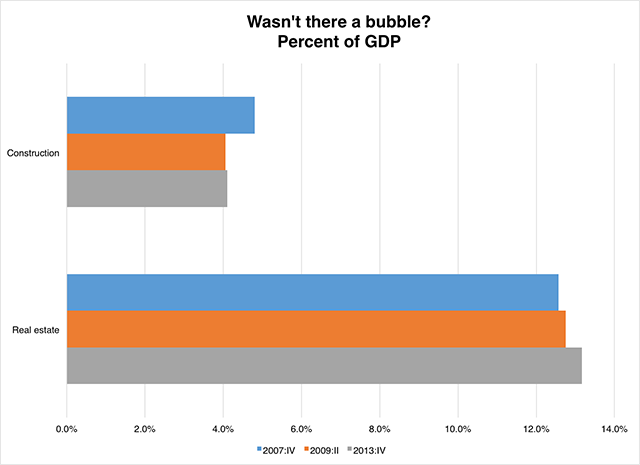 The bursting of the housing bubble certainly shows up in construction, with its share of GDP falling, but not by as much as in states such as Arizona or Nevada. Offsetting this decline and helping Minnesota perform better than average was the real estate sector, which expanded to fill the loss of construction output. Put another way, we moved resources in Minnesota away from building new houses and apartments and towards managing and reallocating existing homes and apartment buildings. 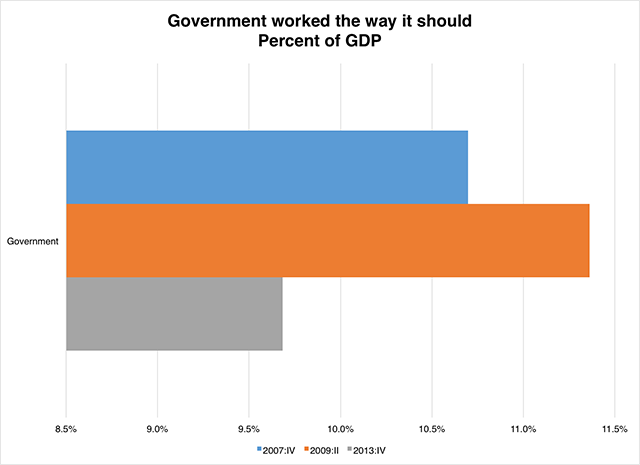 The classic prescription for government during a recession is to expand during the downturn and then cut back once the storm has passed. This exactly what happened in Minnesota: Government output grew from late 2007 to mid-2009, and has now fallen since 2009 to a level that is below that of late 2007 (as a percentage of state GDP).

This is just one example of how these new data will help economists dig more deeply into how state economies behave, both over time and across industries. It also gives businesses and policy makers another source of information about where the economy has been and where it might head in the future.

The government releasing ‘prototype statistics of GDP by state’ is thrilling news. Really.