Last week was Economic Policy Week for the Trump and Clinton campaigns. On Monday, Donald Trump set out his ideas in Detroit, and on Thursday, Hillary Clinton presented her plans in nearby Warren, Michigan.

Many newspapers, think tanks, and columnists compared and contrasted the candidates’ proposals. The Wall Street Journal, for instance, summarized the campaigns’ positions on a variety of issues, while the Tax Policy Center focused on how the candidates’ tax proposals would affect the federal budget deficit.

I’m not going to do that here. Instead, I think it’s more useful to look at the general approach the candidates are taking toward economic policy. This will shed some light on the questions we should demand that the candidates answer before we vote for them, whether they are running for president of the United States or for the Minnesota House or Senate.

Let’s think of the U.S. economy as being like someone who has a variety of aches and pains and who is worried that there might be something seriously wrong. We’ll visit two economic physicians, Dr. Trump and Dr. Clinton, and see what they say about your condition.

First up, Dr. Trump’s office. He greets you: You look terrible, awful! Of course we can fix what’s wrong! You just need to take regular doses of our Miracle Cure™ (available for purchase as you leave the building or online through our website.) You don’t need to visit again, you’ll be fine as long as you keep taking our medicine.

How will these prescriptions help, you ask? Don’t worry, he says, trust us, it will work. Bye!

Next, you visit Dr. Clinton. Unlike Dr. Trump’s office, Dr. Clinton has a gigantic clinic with a variety of specialists. You visit them all, and each of them tells you earnestly why their area is the source of your problems. It’s your hormones, says the endocrinologist; it’s nerve damage, says the neurologist; it’s a musculoskeletal problem, says the orthopedic surgeon; it’s your diet, says the nutritionist; on and on it goes. They all have prescriptions and therapies for you, and you need to apply them all right away.

Will these cure what ails me, you ask? Maybe, maybe not, they all answer together. But it’s the best we have today. Be sure to come back for more visits and tests. 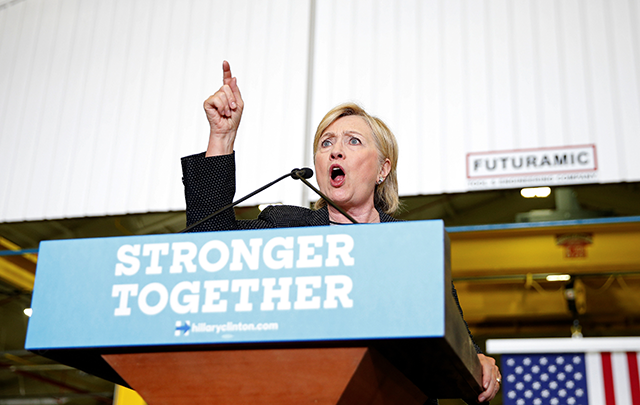 The Trump economic program is a set of miracle cures: combine big tax cuts (especially for high-income earners) with trade restrictions and deregulation and presto, the economy will be cured. Or, to quote Trump, “I want to jumpstart America, and it can be done, and it won’t even be that hard.”

The Clinton economic policies incorporate every expert’s solution: targeted tax credits and reductions; infrastructure spending; college loan reform; apprenticeship programs; a higher minimum wage. All good ideas on their own, but will they work together or act at cross-purposes? In other words, will there be the economic equivalent of drug interactions?

Neither package is realistic. Trump’s prescriptions have been tried and have failed (e.g. in Kansas over the past six years.) Clinton is not sufficiently focused, and her plan may contain policies that could conflict with and offset one another.

Goals and policies, in that order

An economic plan requires clear goals with specific policies designed to meet those goals. By this definition, neither candidate has a proper economic plan.

What do I suggest? Here are two clear goals vital to today’s economy:

Next, we should apply policies economists know are both theoretically and empirically sound. For instance, economists in the middle 80 percent of the political spectrum would, I think, agree that to promote economic growth and reduce income inequality the tax system should be reformed in such a way as to minimize distortions (that is, stop encouraging households from taking actions only to avoid taxation), minimize tax preparation costs, and minimize the bureaucracy necessary to collect taxes. The result would be to move resources from tax evasion, preparation, and collection to more productive uses, such as hiring more workers, paying existing workers higher wages, and allowing companies to invest more of their income in capital.

What would such a tax reform look like? Here’s a proposal:

This is an example of the type of plan we should demand from all of our candidates: specific goals with mainstream, realistic economic policies to meet them.

What Americans should demand from Trump and Clinton on economic policy