On Wednesday of last week, the Bureau of Labor Statistics released the latest data on employment and wages by state from December 2015 to December 2016. You’re probably not as excited about this as I am, but you should be: it provides insight into the effectiveness of various public policy choices.

Here are the data, in map form:

Total employment in Minnesota grew faster than in neighboring states. 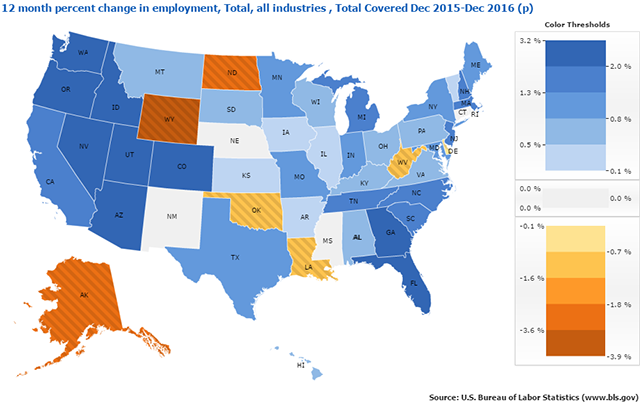 Note: In all of the maps, the bluer the better, while orange represents decline. Source for all maps: Bureau of Labor Statistics.

No, this growth in employment is not due to rapidly growing government. 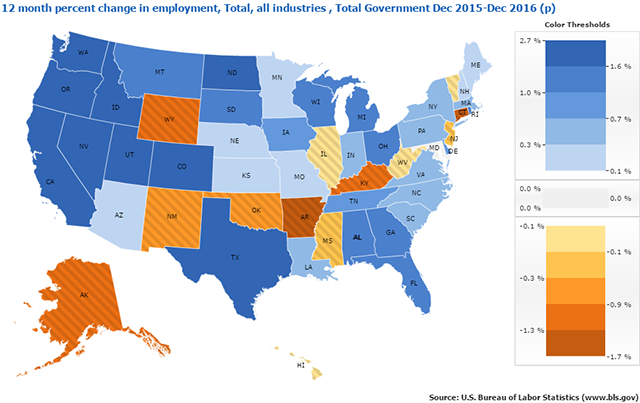 Private sector employment grew faster in Minnesota than in its neighbors, but was only at the national average. 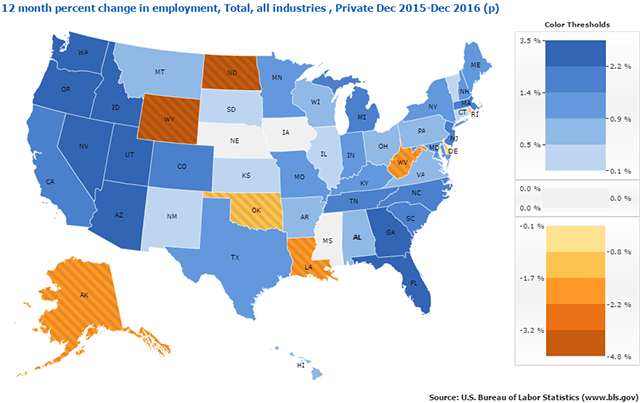 Wages fell in 2016 across the region and the nation. 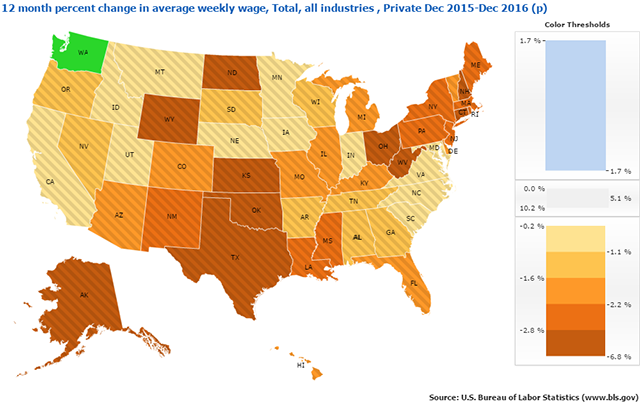 These are nominal wages, that is, not adjusted for inflation. Given that prices rose between 1.5 and 2 percent in 2016, you can subtract that amount and get the truly bad news: average weekly wages fell by about 2.5 to 3 percent in Minnesota during 2016, but that was better than its neighbors.

The bottom line is that Minnesota’s labor market is performing above average, but not by much. However, our performance tops the five-state region.

During the recent legislative session, we often heard cries that Minnesota’s government expanded rapidly during the past biennium and this held back economic activity. Neither of these assertions holds true. We are doing better than our neighbors, which suggests that there are no magic formulas to jumpstart employment growth. Rather, the slow, patient work of improving our education systems, investing wisely in infrastructure, and promoting a healthy workforce will keep Minnesota in the lead.

In latest jobs numbers, a vindication for Minnesota’s policy choices