You may have spent Thanksgiving enduring fervent arguments about the economy and economic policy. Since it is the Christmas season and time to think about gifts, here are some books on economics and the economy for your consideration.

Books on economics and economic history 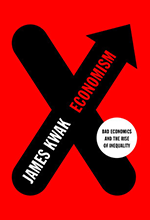 Do you know someone who relentlessly says, “It’s just simple economics,” or “It’s just supply and demand?” Give them “Economism: Bad Economics and the Rise of Inequality.” James Kwak takes the reader on a tour of basic economics, generally, and supply and demand, in particular. He then shows how slavishly applying introductory concepts to everything (economism) leads pundits, politicians and policymakers astray on topics ranging from taxes and minimum wages to financial markets and health care.

Kwak does this demonstrating how economists start with simple models but then build on the basics to understand our world. For instance, simple models may “prove” that a minimum wage is harmful, but models that introduce additional factors attenuate, and in some cases overturn, this result. (By the way, a text that pursues this topic more deeply is “The Inner Lives of Markets: How People Shape Them and They Shape Us.” Ray Fisman and Tim Sullivan dive into the nitty gritty of how economists model market transactions in a lively and erudite style. ) 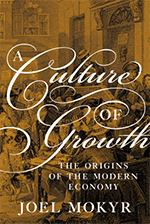 A leading economic historian, Joel Mokyr, tackles the classic question, “how did the West grow rich?” in “A Culture of Growth: The Origins of the Modern Economy.” He sets out the problem in the book’s first paragraph: “The world is richer today than it has ever been.” Yet, “what remains very much a mystery is why.” Mokyr’s answer is that “above all, modern economic growth or ‘the Great Enrichment’ depended on a set of radical changes in beliefs, values, and preferences — a set I will refer to as ‘culture’ despite the many justified concerns about the over-usage and ambiguity of that term.”

But what about steam engines, and coal, and colonization and all the other technologies and events you learned about in your high school or college world history course? They are all here, but Mokyr weaves a narrative that puts all of it in the context of changes in the ways people started approaching the world in radical new ways, what he calls the development of “useful knowledge” that today we take for granted. 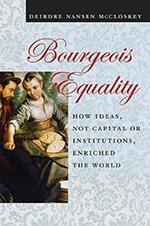 If the person for whom you’re shopping likes big, heavy books (we all know people like this) then pair “A Culture of Growth” with Deirdre McCloskey’s “Bourgeois Equality: How Ideas, Not Capital or Institutions, Enriched the World.” McCloskey and Mokyr have been debating the origins of modern growth both in person and in print for over 40 years, and their mutual respect and friendship comes through in both volumes.

Neither slavery nor involuntary servitude, except as a punishment for crime whereof the party shall have been duly convicted, shall exist within the United States, or any place subject to their jurisdiction.

— Thirteenth Amendment, Constitution of the United States (Ratified in 1865*)

*Twenty-seven states needed to ratify the amendment for it to take effect and on Dec. 6, 1865, Georgia became the 27th state. Iowa did not ratify until Jan. 15, 1866; notable also is that Kentucky did not ratify the Thirteenth Amendment until 1976 and Mississippi has never ratified it.

45.8 million. That is the estimated number of people in slavery in the world today.  We in the U.S. think of this as a problem associated with ISIS and Boko Haram, or with workers in the Middle East and Asia. Dan Barry’s book, The Boys in the Bunkhouse: Servitude and Salvation in the Heartland, makes clear that the Thirteenth Amendment is not a relic of the past and that slavery and servitude exist right here in America. 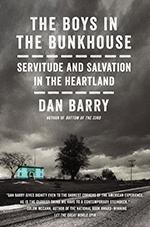 Barry tells the story of how a group of men lived in servitude for 35 years (from the 1970s into the 2000s) in Atalissa, Iowa. It is at times a horror story, with brutal work, terrible working and living conditions, and unimaginable suffering.  But it is also a story of hope, of good people making a difference, of men whose determination to take one day at a time renewed my faith in humanity.  Barry tells the story with grace, humanity, and the voice of someone who cares.

Further, Barry puts the tale into the larger context of communities, states, and a nation that averted their eyes to what was happening in plain sight. The book provides a counterweight to libertarian drives against labor laws, workplace regulations, and government oversight. The Thirteenth Amendment, and other standards that regulate behavior, exist for a reason: Human impulses can scale heights of beauty, and depths of horror.

My recurring questions in the months since I read this book are where are the boys and the bunkhouses in our communities? What are we doing about them? Moreover, what, if anything, can those of us who study economics, economies, and economic policy play a role in making the world a better place? I hope these books help you and those to whom you give them address these queries.

Why ‘simple economics’ is often wrong, and other book recommendations for the econ lover in your life