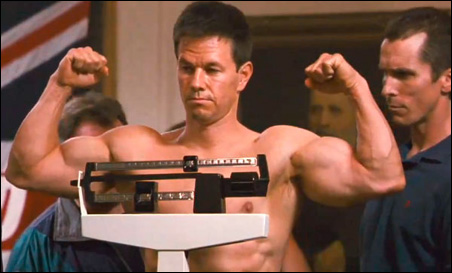 Paramount Pictures
Mark Wahlberg in “The Fighter,” overlooked for an Oscar nomination.

The Academy of Motion Picture Arts and Sciences released its list of Oscar contenders yesterday, apparently to force news institutions to decide what they consider more important — the Academy Awards or President Obama’s State of the Union address. Thankfully, as an arts journalist, there is no quandary for me. It’s Oscar today, Oscar tomorrow, and forever Oscar.

And I can’t quite put my finger on why. After all, the Academy has failed definitively at creating a benchmark for excellence. Its members show a chronic blindness to epochal films, often favoring middlebrow fare that nobody remembers or wants to watch again a few years later. And so it is that “Citizen Kane” loses the best picture award to “How Green Was My Valley,” “Raging Bull” loses to “Ordinary People,” and “Goodfellas” loses to “Dances With Wolves.” The Oscars has a notorious blind spot to genre films, which, no matter how extraordinary, will, at best, get some technical nods. It has a similar blindness to comedy, which leads to ghastly spectacles such as Jim Carrey abandoning his superlative clowning in favor of Oscar bait like “The Majestic.”

And, worse still, the Academy has a blindness for art. So it is that films like David Lynch’s “Inland Empire,” which may be the most challenging and interesting piece the director has yet produced, was overlooked for an Oscar, despite Lynch campaigning with a live cow. Werner Herzog has only ever been nominated for an Oscar once, and I can’t think of a single filmmaker who is simultaneously as important, as challenging, and as accessible as he is. How did “Bad Lieutenant: Pot of Call New Orleans” go overlooked? Why is “Cave of Forgotten Dreams” not nominated for best documentary this year?

No. The Academy prefers its films to be maudlin and its social consciousness to be stunted, with godawful social melodramas like “Crash” always rising to the top — a film actually made by people so ignorant of literature and film that they apparently didn’t know they were stealing a title from a book by J.G. Ballard and a film adaptation by David Cronenberg — and the latter was only eight years old when Paul Haggis’ multicultural travesty opened.

But the Oscars are a bit like “Saturday Night Live,” in that part of the pleasure of it comes from complaining about it. I could go on — I haven’t even gotten started with the fact that the Academy itself started as a sham, a pseudo-labor movement begun by film industry heads in order to discourage artist-created unions. But I demur, because why complain about the past when you can complain about the present. And so begins the first round — the one where we look at the nominations and feign being astonished at what was overlooked and what is included. Later we will move on to mocking how people dress on the red carpet, how they behaved when they won awards, how poorly the show’s hosts fared, whom they gave awards to, and how dull the ceremony is, but we haven’t gotten there yet. Still, it is comforting to have a ritual, and know what that ritual is.

So, from this year’s nominations, here is my list of the undeserving, and the unjustly overlooked.

Firstly, let me say that, generally, whatever is nominated for “Best Song” is going to be utter pap. There are occasional exceptions — last year’s “The Weary Kind” from “Crazy Heart” being among them. But there’s almost always going to be Randy Newman’s least interesting work, represented this year by “We Belong Together” from “Toy Story 3” — I can’t be the only one who remembers when Newman wrote songs with a pen dipped in acid. We also get Gwyneth Paltrow singing “Coming Home” from “Country Heart,” a song that positively wallows in country music’s worst excesses — shallow sentimentality and an overreliance on clichés. It may be possible to enjoy this song, but I suspect you’d have to have just had a breakup, be drunk, and just watched nine straight hours of relationship advice from Oprah on TiVo — and even then, as the song came up and you broke down sobbing, you’d feel embarrassed.

I would also like to make the case that “Alice in Wonderland” — by far one of Tim Burton’s least interesting efforts, a naked and cynical ploy to take Lewis Carroll’s complex fantasy and repackage it as a Harry Potter-style adventure — deserves nothing it is nominated for. Best art direction? Best costume design? Unless you can posthumously give the award to illustrator John Tenniel, whom the film badly aped, you’re insulting the man.

I can’t complain too much about the bigger awards — best picture, best actor, etc. There’s some really fine work represented there, although I’ll be gob-walloped if I can explain why “The King’s Speech” seems such a favorite. It’s a good enough film — stately, endearingly acted, and nice to look at. But it’s just that; it’s just good enough.

I do like seeing “Inception” on there as best picture. It won’t win — my God, would it be an upset of it did! But it’s the sort of film that gets people in a lather of frustration, and it’s, at best, a science-fiction action film tarted up with a big budget and some ingeniously dense — and probably nonsensical — plotting. It does the Academy good to put one of these on the ballot every few years, just to remind us that it doesn’t completely ignore genre filmmaking. Some of you are about to mention “True Grit,” which is up for a bunch of statuettes but is an oater. But the western turned into a prestige category sometime back in the ’50s, and nowadays almost all westerns that are made are Oscar contenders.

What was overlooked? Quite a lot. The documentary “Marwencol” went unnoticed. “I Am Love” was overlooked for all but costume design. “Carlos” is completely ignored. And while Michelle Williams is up for a best actress award for “Blue Valentine,” the film was otherwise shut out. It’s easy to make a list like this, as there is so much that escapes the Academy’s notice. I suspect this year’s epochal film will be Gaspar Noé‘s  “Enter the Void.” What was it nominated for? Nothing.

I’d also like to register my complaint, here and now, that Mark Wahlberg isn’t up for an Oscar for best actor for his work in “The Fighter.” Christian Bale got noticed — he netted a well-deserved best supporting actor nod. But his character, Dicky Eklund, is showy and drug-addicted, which the Academy always favors. Wahlberg’s character in the film, in the meanwhile, is mostly defined by physical action. He is slow to speak, but he’s in every scene, observing and evaluating, and, when he enters the boxing ring, he’s equally cautious. As a fighter, Wahlberg’s character is slow to start, and capable of taking enormous abuse as he figures things out, but, when he rises to action, devastating — just as he is everywhere else.

As Wahlberg is already a muscular fellow, it’s easy to mistake his performance in the film for offering nothing but the spectacle of the actor standing around with his shirt off. But, instead, Wahlberg offers up something more. He expresses his character almost entirely through his physciality, making it a metaphor for the entire film. I suspect his performance was overlooked for two reasons — firstly, because he’s the former Marky Mark, and Hollywood apparently hasn’t noticed just how much excellent film work he’s done. And, secondly, as I mentioned, the Academy is spectactularly bad at knowing art when it sees it.

The Oscars: What shouldn’t have been nominated, and what was overlooked