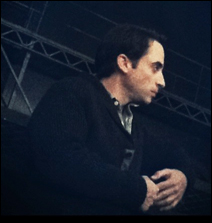 It’s a bit hard for me to write about “Jersey Boys,” currently playing in an extended run at the Orpheum Theatre. I’m not fond of the genre it represents, the jukebox musical, in which Baby Boomer nostalgia is repackaged into a sort of greatest-hits anthology and strung together, either with an inane storyline, as with “Mamma Mia!” or with the barest bones of a biographical narrative, as with this musical.

I think it’s a pernicious trend, a sort of glorified “Beatlemania,” which didn’t bother with a story but simply put four moptop lookalikes onstage and had them pretend to be the Beatles (“Not the Beatles, but an incredible simulation,” the ads promised). They’re all sort of like multimillion-dollar variations of the phenomenon of Elvis impersonators, providing a theatrical experience whose function is mostly to remind people how very, very much they enjoyed the pop music of their youth. These musicals tend to be enormously popular, of course. I’ve even jobbed out to write one, based on the lives of three female jazz singers, called “Ladies of Song”; this shared a musical director with “Jersey Boys,” Ron Melrose. That show focused more on biography, but, even still, it felt as though it were mostly an excuse for stringing together songs that already have an audience.

I won’t belabor my complaint about the genre; it’s not to my tastes, because it is so often done so poorly. But I can’t really say that about “Jersey Boys,” which is done quite well. If I have a complaint, it’s that the musical is breakneck — it flies through almost a half-century of the lives of the original Four Seasons: Frankie Valli, Bob Gaudio, Nick Massi and Tommy De Vito.

Generally, I think this is a mistake. It is in this case. Every story is a hundred possible stories. Details from the various Four Seaons’ lives, such as Valli’s talented, troubled and ultimately doomed daughter, or Tommy DeVito’s gambling problem and mob connections, all would have made for compelling pieces of theater on their own. Instead, they are reduced to a sentence here, a monologue there, all in service of getting as many Four Seasons songs onstage as possible. Nobody’s biography is well-served by being reduced to a series of bulletin points; now imagine doing this with four people. And so it is, we find out in passing, at the very end of the play, that bass player Nick Massi had convinced his own children that he was their uncle. Wait … he did what?

But, as I mentioned, the point of a jukebox musical is not biography, but creating a live greatest-hits compilation, and, taken on those terms, “Jersey Boys” is an enviable accomplishment. It signals its purpose right off the bat with several Jumbotron-style televisions that occasionally drop down to show Roy Lichtenstein-style cartoon images of the 1950s, including weeping teens and big cars. In fact, this is only a nod to Lichtenstein by one remove — it actually recalls the covers of a series of albums collectively called “Cruisin‘” from Increase Records, which compiled oldies radio favorites. The stage itself is what we’ll call a limnal space — it’s set up with a metallic structure, looking a bit like a cage, and stage properties and various representative bits of set design appear and disappear with terrifying alacrity. So if the Four Seasons need to be in a street, a streetlamp will drop out of the sky to land next to them. If they need to be in a car, a couple of old Cadillacs, or at least a close approximation, will roll up. Neon signs rise and fall, bands appears and disappear, and at one moment, a drummer on an elevated platform turns circles on the stage like he’s an a bumper car. Performances are connected by monologues, or brief scenes of dialogue, that sketch in the progression of the band, and it’s done with tremendous verve and, to give credit where it is due, skill.

It helps that the book, by Marshall Brickman and Rick Elice, treat the Four Seasons as though they were characters from a Scorsese film. In fact, there is a cameo from a Scorsese actor, in a manner of speaking: Joe Pesci was around for the formation of the Four Seasons, and is presented as a character in the play. I’d wonder if Pesci takes issue with how he is portrayed — he comes off as a squirrely goofball — but Pesci was also one of the play’s producers, so he must be OK with it.

The band is very “badda-bing. badda-boom,” dressed in sharkskin suits and pulling off low-level crimes when not singing, and it makes the play feel less like a K-Tel record and more like a comedy of mafia wannabes. But, ultimately, the musical is about the music, so let us discuss that for a moment. The musical’s greatest accomplishment is in its re-creation of the music of the Four Seasons. In part, this is because Frankie Valli had a singular voice, an extraordinary, soaring, powerhouse of a falsetto. That there was even one of him is amazing; that the producers managed to find performers who can sing like him, and also act, is nothing short of a miracle, especially as the actor must resemble Valli, at least in his relatively short stature. Joseph Leo Bwarie plays him in this production, and he fits the bill perfectly. Nobody is going to be able to perfectly replicate Valli’s voice, but Bwarie has a magnificent, jazz-intoned variation that is astounding.

Further, the remainder of the band must likewise be able to sing the Four Season’s super-saturated, doo-dop-based harmonies, and play musical instruments — and, especially in the ’60s, the Four Season’s music featured bold, soul-based arrangements that sometimes sounded like a Blaxsploitation film was about to break out. And they have to act — each band member takes his turn as the play’s narrator for a stretch. Each of the four roles requires a casting coup. Whatever I feel about jukebox musicals in general, it’s very hard not to respect “Jersey Boys” for its accomplishments, such as casting, which seem, on paper, insurmountable. 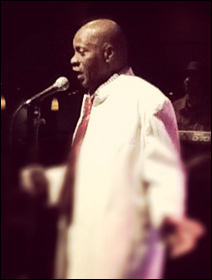 Ultimately, I am not sure the pleasures of the jukebox musical can ever really compare to the pleasures of seeing the original performer, live. For example, as I mentioned last Friday, I went to see live calypso last week at the Dakota. The performers included Calypso Rose, who penned the classic “Fire in Me Wire” and was the first woman to win the Trinidad Road March competition, which makes her calypso royalty. She was opening for Mighty Sparrow, also royalty, who scored an unexpected international hit back in 1956 with “Jean and Dinah” — unexpected in part because the subject of the song was the explosion of prostitution in Trinidad as the result of American military bases that opened there, and the panic that followed their closing. Interestingly, that was basically the theme of one of the first calypso songs to chart in the United States, “Rum and Coca Cola,” which Minnesota’s own Andrews Sisters recorded in 1945. The version the Andrews sang was a bit bowdlerized, though; the original, by Lord Invader, is anything but circumspect.

There is not enough room for me to go into the history of calypso here, but it’s worth investigating. With its superficial jocularity and its propulsive structure, it tends to sound like party music, but the music’s lyrics, often invented on the spot, tends to function as cultural criticism. I suppose I first became aware of it when I was a boy and saw a late-night showing of “I Walked With a Zombie,” a film from 1943. In it, a young nurse travels to Haiti to tend to the invalid wife of a sugar plantation owner. But there is more to the story, as she finds out late one night when, outside a cafe, a calypso singer (played by actual calypsonian Sir Lancelot)  approaches her singing “Shame and Scandal in the Family.” The song is usually a bawdy burlesque, but Sir Lancelot performs it with extraordinary menace, extemporaneously changing the lyrics to hint at the supernatural tragedy behind the sick woman’s illness.

Both Calypso Rose and Mighty Sparrow were lively performers — at least, as lively as they can be, as neither are young. Mighty Sparrow got his name from the fact that he used to dance onstage like James Brown, but he can no longer do that; he sat in a chair and sang, jabbing his fingers at the audience like a judge or auctioneer. No set pieces flew on or off the stage. No neon signs dropped from the ceiling. And yet the night offered up a spectacle “Jersey Boys” couldn’t match — the extraordinary experience of watching the creators of culture perform the culture they had created.