It’s hard to imagine the Minneapolis-St. Paul International Film Festival as anything other than pure, glorious chaos. In past years, it was all rough edges, with movies not showing up where they were supposed to, or starting late, and bafflement at the box office about how tickets are sold and to whom, as though the whole thing were thrown together over a weekend by people who had never done this before. 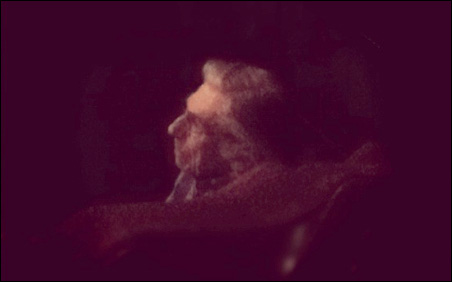 The blame for this was generally laid at the feet of the festival’s artistic director, Al Milgrom. He can be a handful — when I was arts editor at the Minnesota Daily, Milgrom would regularly call me in his capacity as longtime head of the U Film Society. First he would demand that I review one of the movies they had playing, and, after the review came out, he would call back to berate me for not writing what he would have preferred I write.

But if Milgrom was the source of the festival’s chaos, he was, and remains, the source of its considerable success, which is built on keen and expansive curating. There will be more than 200 films playing on St. Anthony Main’s five screens over the next two weeks, and if there is a stinker in the bunch, it will be out-of-character for the festival. No, choosing what films to see is an exercise in frustration, like choosing which books to save from a fire in a rare books library.

These films will not return to the Twin Cities, for the most part, and it used to be you saw them at the festival, or not at all. Services like Netflix have made the famine following the MSPIFF feast a bit more bearable, but let’s say that you miss a film like “Kinshasha Symphony,” about attempts to build the first symphony orchestra in the war-torn Democratic Republic of Congo. How long will you have to wait for it to be available on DVD? Months perhaps. Maybe years. And you won’t get a chance to meet the orchestra’s conductor, Armand Diangienda, who will be introducing the film at screenings tonight and tomorrow night.

The festival seems to be running at a neat, professional clip this year; shows started on time, for the most part, and were where they were supposed to be, and weren’t beset by any extraordinary technological problems. Any glitches were the sort that are going to happen at any live event, such as a microphone cutting out, and MSPIFF also had a party tent, with live jazz from Charmin Michelle and Her Combo and party food from Chowgirls catering company, and it was about as well-done a meet-and-greet as I have been to. We may just have to get used to the idea that MSPIFF will be fairly free of chaos from now on, and, to my surprise, I sort of missed it. Call it MSPIFF Stockholm syndrome. 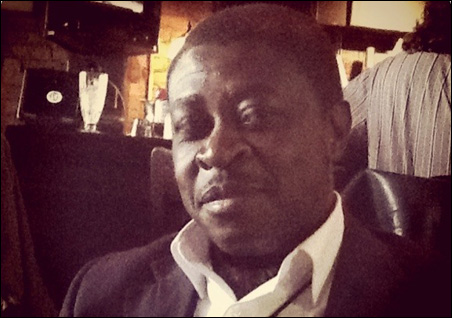 Before the evening began, I sat down for a few moments to talk to Armand Diangienda about “Kinshasha Symphony,” which I haven’t seen yet but looks to be astonishing. I’m sure many of you have followed the past few troubled decades in the Democratic Republic of Congo, which has been marked by assassinations, civil war, conflict with Rwanda, and widespread famine and disease that may have cost as many as 5.5 million lives, with half of the dead being children under the age of 5.

So it is impossible to discuss the Congo without discussing tragedy, but this is not the subject of the film. Instead, it is the story of a collection of extraordinary musicians, mostly self-taught, who take it upon themselves to form a full orchestra from scratch. In our brief talk, Diangienda gave me a sense of what a task this is — musicians must be found, and taught to sight-read, and taught how to play the instruments of a classical symphony. Instruments must be built or shared while funds are acquired, over months and years, to buy, at first, cheap violins and cellos from China, and then slowly trade up to professional-quality instruments. All this is the face of terrific poverty and political violence. It’s worth remembering what a magnificent act of will it sometimes is to create something magnificent. It’s also worth remembering, as this film demonstrates, that it can be done.

Last night also saw the local premiere of “Page One: Inside the New York Times,” which I wrote briefly about Thursday, including mentioning that Times media reporter David Carr was once busted in the bathroom of the Skyway Show Lounge. I saw the film last night and, sonofagun, there Carr is, on Hennepin, standing in front of the Skyway, telling the story about his arrest.

According to the film’s director, Andrew Rossi, the film was originally going to focus on Carr, and it’s unsurprising. Carr is a pit bull on the subject of the Times, describing himself as having an immigrant’s affection for his new home, and a sense of its exceptionalism. If anybody dares criticize the Grey Lady in a way Carr considers unfair, his fangs come out, and they are terrifying. Most often, this is when people criticize the Times’ international coverage, which the Times has, in fact, excelled at, and Carr knows the great personal cost that accompanies this. Just last month, four Times reporters went missing in Libya; they had been captured by rebels, held hostage, and threatened and beaten for a week. Carr’s flaring temper at what seem to be mild rebukes can be startling, and some of it comes from his adoration of the Times as an institution, but it’s an institution made up of people toward whom Carr shows obvious affection and protectiveness. 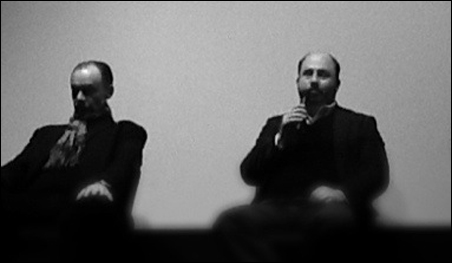 All of this would have made for a fascinating film on its own, but Carr pushed Rossi to expand the scope of his documentary; this proved to be an especially significant year in which to peer into the inner-working of the Times. The paper was still reeling from credibility problems caused by Judith Miller and Jayson Blair, and was mired in the same economic struggle that has been felling legacy newspapers throughout the country, with plummeting ad revenue and a growing audience of online readers who expected the content to be free. And then, along came WikiLeaks, the whistleblowing infodump that is like some deranged science fiction idea of journalism as written by Neal Stephenson. The film has a telling moment early on, when Julian Assange, the former hacker who created WikiLeaks, is interviewed by Brian Stelter, himself a former blogger who rose to prominence on his own TVNewser.com. So here we have the new media interviewing the newer media, and discussing traditional models of journalism, which Assange has thrown on their head.

For many at the Times, this is the first time they had heard of WikiLeaks. Within a year, as shown toward the end of the documentary, the Times partnered with WikiLeaks, helping them vet and publicize 260,000 diplomatic cables turned over by Bradley Manning. It was an epochal shift for the organization, and one of many that legacy news organizations are going through as they struggle both to stay afloat and to stay current in a roiling media environment that one interview subject describes as “revolutionary.”

Carr is there to witness and report on it all, in spontaneous sentences that sound like beatnik poetry, with his signature mix of irascibility, uncertainty and lacerating humor. He may be among the last of classic American journalism, where stories are created from the ground up, like Congolese orchestras, pieced together from poring over thousands of pages of documents, cold-calling strangers in the hopes of teasing out leads, and dealing with the inevitable legal threats when the story comes together. It’s an expensive, backbreaking and time-consuming way to report news, but it’s how news has always gotten broken, and broken right — so that the facts are correct and everybody has had a chance to contribute to the narrative.

It’s no wonder Carr casts suspicious eyes at Stelter, who keeps two laptops open at all times and berates his colleagues for not being on Twitter. Stelter is likewise a very hard worker, but his process comes out of the new media, an era of transparency by infodump and interviews via Facebook and a revisionary approach to traditional journalistic ethics, the new world represented by WikiLeaks. “I can’t help but wonder,” Carr says (I am paraphrasing slightly, from memory), “if Stelter is a robot built in the basement to destroy me.”