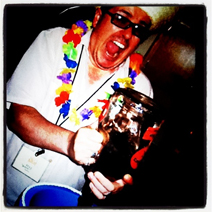 I think it shows a chronic unease with our place in the world, and I don’t think it’s something unique to Minnesota. I lived in Los Angeles, where they regarded New York jealously, and I have spent a lot of time in New York, where they cast jealous glances across the ocean at England, and I have lived in England, where they seemed perpetually uncertain that the rest of Europe wasn’t cooler than they are. And so it goes. I imagine there are people in underground Czech clubs who exit after a night of hard partying, look at the moon, shake their fists, and say “Jste stále lepší!” — “You are still better!”

There is something a little embarrassing about it nonetheless. Minneapolitans were thrilled to be named the gayest city by the Advocate using a formula that included the number of Tegan and Sara performances but neglected to factor in whether gay marriage is legal or not. So, yes, we’re apparently super-gay-friendly, unless, of course, you want to make a public declaration of commitment to your same-sex partner and have that commitment respected by the law. Then we’re straight. Exclusively. Sorry, Tegan and Sara. You can sing here, but if you want to say vows in front of a judge, you’re going to have to head to Iowa. 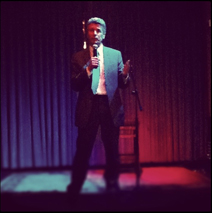 Tongues were a-wagging yesterday with the news that Minnesota is the “most hipster state” in America, according to Buzzfeed, a site that aggregates popular searches. So there we are, being declared hipper than Williamsburg by a site whose top story, at the moment, is a video of a baby sea lion riding a turtle. Mayor R.T. Rybak was so thrilled with the news that he misquoted me as calling him an aging hipster. In fact, I had said he wasn’t an aging hipster, because there’s nothing sadder. He seems to like the title, though, so I’ll let him have it, although had I known I was going to provide our mayor with a nickname, I would have preferred it be the one that I and James Lileks seem to have come up with simultaneously: “Retweet Rybak.”

The news of Minnesota’s status as America’s hipster capital quickly spread through the Twitterspehere,  where people puzzled about what the heck a hipster is, and whether we’re really hipsters or not, in what can only be described as the least hip discussion ever. And of course it wasn’t hip. Minnesota doesn’t have the largest number of hipsters in the nation, not by a long shot. Buzzfeed had made their calculation based on how many times Minnesotans have searched Google for the word “hipster.” A good portion of those returns were searches for “Thrifty Hipster,” which is a site that lists happy hours. We’re not hipsters. We’re alcoholics.

Is there a more degraded phrase than “hipster?” It meant something, once upon a time. It used to describe white people who had a fascination for African-American arts and culture and a taste for reefer, as documented by Normal Mailer in his epic essay “The White Negro.” My drug reference above wasn’t casual or joking, by the way — the question “are you hip?” used to have the same meaning as “do you party?” Specifically, “do you use drugs?” Do kids even say “do you party?” anymore? My complete knowledge of drug slang comes from a 1974 book called “Drugs from A to Z” and from repeated viewing of “Go Ask Alice,” so it might be a little out of date.

You don’t see many of those zoot-suited hepcats anymore, spouting auctioneer-fast jive lingo — no man. So what the heck do people mean when they now talk about hipsters? As far as I can tell, in part they’re referring to a group that we Minnesotans used to have a much better word for: scenesters. These were people who had obscure tastes in culture, especially music, and idiosyncratic fashion ideas, and were generally sort of social. If you cornered them, you typically found out they were somewhat awkward, and felt very much like an outsider, and felt their genuine affection for castoff or outlier arts made them impossibly nerdy. If you’ve ever seen “Ghost World,” scenesters were generally Thora Birches who thought they were Steve Buscemis.

Somewhere along the way, contemporary hipsters became associated with a sort of chronic ironic sensibility. Everything they did was seen as being steeped in irony, from the clothes they wore to the music they played to their supposed taste in beer, Pabst Blue Ribbon, which we were told they drank as some sort of winking working-class posture. Most so-called hipsters actually drank it because it’s cheap, but never let the facts get in the way of a good sneer. For some reason, the hipster became a contemporary bugaboo, a subgroup that it was OK to hate.

Perhaps it was, in part, because their association with irony made them seem inauthentic, which is unfair. The most recent generations, Generation X and whatever we’re calling the kids who followed, took to irony as their birthright. It’s not just hipsters who watch “The Daily Show,” and it wasn’t hipsters alone who made “The Onion” popular. Irony is the first language of everyone I know, and snark is the primary idiom of anyone my age or younger. But I suspect the generalized loathing offered in response to hipsters is partially because of a sense that they think they’re better than us. We’ve all seen the guy at the party in the hoodie and the Vans, with the enormous facial hair and math in-joke tattoo, and the darting eyes and faltering conversation, who looks like he can’t wait to get the hell away from us. Who does he think he is? Just because we don’t listen to whatever Korean pop music he’s fallen in love with doesn’t make him better than us! And so it is that hipster hate is rampant on the web, with sites dedicated to mocking their fashions, their bicycles, their music and their mustaches.

Although I’ll allow there are some scenesters out there who are genuine creeps, for the most part, I’d like to offer up an alternate hypothesis. All the behavior from the hoodied hipster that has us hating him has two possible explanations. It’s possible he’s just a d-bag, in the parlance of the day. But there’s another possibility, and it’s worth remembering when you consider that a lot of hipsters self-identify as nerds.

He may just be shy.

Looked at this way, a lot of these hipster hate sites start seeming less like a much-needed antidote to a subculture marked by insularity and inauthenticity, and they start seeming a lot like bullying.

The only real difference between a nerd and a hipster is what color belt they wear, although self-identified nerds are often the ones who seem to have the greatest animosity toward hipsters, perhaps because both like “Dragon Ball Z” but the hipster seems to get away with it.

Take your typical Minnesotan. They generally like some pretty weird stuff. They dress funny. And they’re not all that good at the social graces — Minnesotans have a hard time with eye contact, face away from each other when they talk, and lapse into long silences. Put a white belt on any of them and suddenly, to somebody, they’re a hipster and worth mocking. Those tube socks must be intended ironically! Who else but a hipster would have an obsession with Myron Floren? Who else but a hipster would drink schnapps and throw hotdish parties?

Maybe Buzzfeed was right. And maybe Rybak is right to seize upon “aging hipster” as a self-description. Maybe Minnesota is the hipster capital of America. It would explain my father’s pink bell bottoms and his taste for Cal Tjader records. It would explain my uncle’s mustache and Members Only jackets.

Most people would be surprised to discover that they’re a hipster. But you squint a little and cock your head the right way and they are, all of them. Although not quite so hip as  whoever lives on the moon.

The state of hipness: Minnesota apparently has the most hipsters, even if most of us don’t know what that means