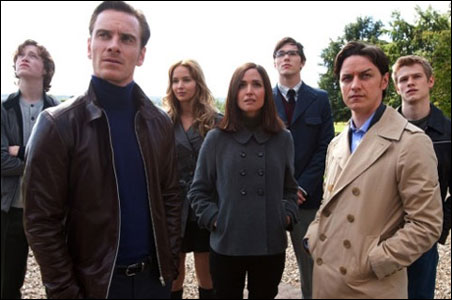 The playwrights’ conference I attended last week is ended. I spent a fair amount of time responding to staged readings of new scripts, and that’s the sort of thing one must be careful about. It’s very easy to memorize a list of the ways a script should behave and then be ready to complain when a script doesn’t behave — at science-fiction writing workshops, they have codified that list into something called the Turkey City Lexicon [PDF link]. Stories might be guilty of “showing, not telling”; they might suffer from too much exposition, called an “infodump”; and, if the story opens in a nondescript white room, the story suffers from “white room syndrome.”

Just as there are clichés of writing, there are clichés of responding, and we playwrights have our own. We like to ask playwrights “why now?” — that is, why did the events of the play happen just when they happened. We point out overly clever or showy dialogue, and ask if it serves the play or is there for its own purpose. And, more than anything, we ask about the stakes of a story.

For some reason, playwrighting has come to the opinion that stories should be fairly high-stakes. It’s not enough to have an event, it must be an event of some significance. This explains, I think, why some playwrights will try to take a story that is relatively banal — say, a retelling of their breakup with their boyfriend or girlfriend — and try to force significance by having somebody commit suicide at the end of the play.

I steer clear of this sort of discussion. I don’t like to think of art as something fixable, and I certain don’t like to think of it as the sort of thing that can be repaired by voicing a loose consensus of arbitrary rules about how a play should or should not behave. If a play seems broken in some way, my tendency is to want to urge the playwright to examine that, and make it the subject of the play, and elaborate on it. If a playwright has an impulse to make a breakup story meaningful by writing a suicide, I want to urge him or her to write more suicides. I want everybody in the play to off themselves at the slightest provocation. There is nothing less interesting than a play that obeys rules, and where a play seems broken is where it violated the rules. Keep violating those rules, I say. You don’t want a play that’s well-behaved. You want a juvenile delinquent.

And then there was the film I went to see, “X-Men: First Class.” This is the way the world ends: not with a bang, but with the Cuban Missile Crisis.

“X-Men” was a very enjoyable franchise about a small group of mutated humans whose mutations made them both superheroes (and villains) and outcasts. The films, and the original comics, constantly peered back at the Holocaust, as their primary villain, Magneto, had survived the camps and was at war with humanity, as he saw mutants as the next in line for the ovens of genocide.

This is the very image that opens “X Men: First Class,” which revives the franchise by looking to the very start of the X-Men. So it is that we find the villain Magneto, then a child, in line for the camps (unnamed in this movie, Auschwitz in the comics). The boy is pulled aside by a grinning man, played by Kevin Bacon, who tortures the lad into exposing his mutant gift — he can control magnetism, turning any nearby metal into weapons. In the meanwhile, in a palatial New Hampshire home, a brainy psychic lad named Charles Francis Xavier rescues a fellow mutant, which will become his lifelong task. And so it is we meet the two characters who will grow up to be friends, then enemies, divided from birth by privilege and experience. One bears witness to humanity’s psychopathology, and sees his gifts as a weapon against them; the other lives a life without want, and sees himself as his fellow mutants as potential defenders of humanity.

Interestingly, what humanity needs to be defended against is other mutants. Every single evil in this film is perpetrated by mutants, and in most cases they are attacking humanity preemptively. The action shifts swiftly to the ’60s, when the whole world seemed at the brink of self-annihilation, and a group of mutants, led by Kevin Bacon, has decided to goose the world into a new Holocaust, this one atomic.

The film gets quite groovy — the set designers have a field day with James Bond-style ultramodern lairs and costumes, and the film itself starts to seem like it is borrowing from the psychedelic freakout films of the Sixties, with extensive use of split-screen and multiple exposure. These mutants can be stand-ins for any despised group, and, for this film, they mostly seem to be stand-ins for gays and lesbians (there’s even as “don’t ask, don’t tell” joke just to make the subtext explicit). As a result, for a while, as Magneto and Xavier round up mutants, preach a message of self-acceptance, and then suddenly wig out, the film often seems like a retelling of the creation of The Mattachine Society as influenced by LSD.

Eventually it all ends on a beach in Cuba, with Americans and Russians lobbing missiles at the mutants. The mutants, in the meanwhile, are unconcerned about the petty efforts of humanity and instead focus on one-upping each other with their various superpowers. Some of these are terrifying, some quite silly, as the film has revived a few characters who long fell by the wayside, including a fellow who flies around on little fabric wings while screaming — that’s his superpower. He can fly and scream.

The metaphor breaks down a bit here, as neither Jews nor homosexuals actually possess the power to destroy civilization that they are credited with, and despised for — mutants, in the meanwhile, actually do have that sort of power. And dramaturgically, my impulse is to encourage the story to continue to explore where the parallels break down, to put into the foreground the possibility that mutants aren’t the victims of humanity they believe themselves to be, but, instead, humanity’s destroyers in a forthcoming war that humans never declared, don’t know is coming, and will certainly lose.

There are tantalizing hints of this storyline in the film, but it isn’t really investigated. My guess is that the script when through some sort of writer’s workshop and some well-meaning respondent, who had memorized a list of the way a story is supposed to behave, stood up to complain. “The characters are not sympathetic,” the respondant said, and then sat down again, knowing that this comment would certainly improve the movie by making it less interesting.