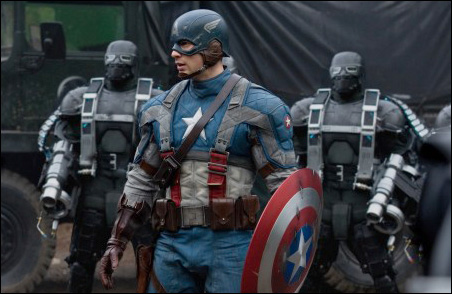 In 2006, in Omaha, I had about the most awful roommate I have ever had. He was a broad-shouldered young man who liked to roam around our shared house with his shirt off, often with his hands linked behind his head, thrusting his elbows out. He’d stop between rooms like this, shirtless and spread-armed, and just stand with his back to me, blocking my way, oblivious to the fact that I was trying to get around him. He tended to sleep through his alarm clock, so he bought another, and another, all of which he slept through. At 7 in the morning, when his alarms were set, the whole house would seem to start screaming, and would continue that way until I banged on his door with sufficient noise to wake him, which could take 20 minutes of banging. This meant he finally found an alarm clock that worked: me.

He once caught me watching “The Glenn Miller Story” on television. “Aren’t you going to watch the game?” he asked, presumably referring to some sort of sporting event. “I’m watching this,” I answered.

“It’s like you’re not even American,” he said responded with disgust.

“Glenn Miller was American,” I said, but by then his back was already to me, arms crossed.

I could write about his awfulness for the entire column, about his casual bigotry and not-so-casual homophobia. His self-assurance that he was well-educated despite the fact that his college education in theater left him somehow not knowing the names Sam Shepard or David Mamet. His friend who slept over with a loaded gun in his hand. But the point of this story is that this roommate put me off Captain America.

It didn’t take much either. It seemed like Captain America comics were all he read. He explained himself once: “I read Captain America because he’s a patriot.” And that was all it took. It wasn’t fair of me, but I was young, and the fact that the roommate liked Captain America meant to me that I probably wouldn’t. It’s a sort of aesthetic guilt-by-association, like when you see Richard Dawkins on a bookshelf with Ayn Rand and start thinking, oh, maybe I shouldn’t be seen reading Dawkins. The presence of Ayn Rand on a bookshelf is likely to put me off a lot of things, not the least of which is the owner of the bookshelf.

Well, I was wrong about the Captain. My roommate may have been awful, but guilt-by-association isn’t so nice either, and consider me chagrined. Not that this will change my mind about Ayn Rand, but I vow to be a bit more open-minded about superheroes.

There is a film coming out next summer called “The Avengers,” based on a league of superheroes that exists in the Marvel Comics universe. The D.C. Universe has a similar group, called The Justice League, which is the sort of name you might expect a group of precocious 12-year-olds to come up with when forming a clubhouse. D.C.’s group has included Aquaman, Black Canary, and Red Tornado, along with, presumably, a somewhat embarrassed Batman, who rides home from work in his Batmobile and mutters about why he has to babysit a bunch of superheroes whom people haven’t heard of or make fun of.

Marvel’s version has an edge to it. The Avengers. It sounds like a mod television show from the ’60s, featuring a team of ex-criminals, all with specific talents: one blows things up, one is a master of disguise, and, this being the sixties, one fronts a psychedelic rock band. Marvel’s Avengers isn’t that, precisely, although it did get pretty groovy during the ’60s. And it had its share of superheroic oddities, such as Ant Man and Wasp. There was also a West Coast branch, whose members presumably played cool jazz.

“The Avengers” movie, this next summer, has simplified membership down to a collection of Marvel’s most popular superheroes (minus Spider Man and Wolverine, although they later joined The New Avengers). So who are the Avengers? Iron Man, Thor, Hulk, Hawkeye, and Captain America. And, as you may have noticed, every single one of them except the master marksman Hawkeye has had his own movie (or, in the case of Iron Man, two movies) in the past few years, all explicitly leading up to the Avengers movie. I think this is worth mentioning, as I can’t think of a single other example from this history of narrative fiction where a story was preceded by five prequels like this. It was done deliberately, too — every one has ended with Samuel L. Jackson appearing as Nick Fury, the one-eyed leader of Marvel’s espionage agency S.H.E.I.L.D., to hint at the formation of a supergroup. What an extraordinary investment! Who else says, you know what would make people really excited for an Avengers movie? A series of five prequels, all costing about $130 million, to set up all the characters except Hawkeye, who will make a cameo in one of them. (One must feel a bit bad for Hawkeye; he’s sort of the Ant Man of this incarnation of The Avengers.)

As it happens, all of these films more or less stood on their own, except, perhaps, “The Hulk.” And so it is with “Captain America: The First Avenger.” The film’s producers wisely put a director named Joe Johnson at the helm and set the film during World War II, which is a perfect match of director and material. Johnson was the art director for “Raiders of the Lost Ark” and directed the little-appreciated 1991 film “The Rocketeer,” which, for my money, is one of the best comic-book adaptations to have come out in the ’90s. Set in the 1930s, it tells of a young flier who finds a Nazi jet pack and uses it to battle, well, Nazis in the skies above Hollywood. The film looked great, a mixture of Tinseltown faux-glamor and 1930s serial adventure, and its action scenes all seemed to be an entirely natural extension of its eccentric cast — these were not the practiced superheroics of experienced vigilantes, but instead the bumblings of an overeager stunt pilot.

“Captain America” is very similar in a lot of ways. It takes a great deal of time to introduce its lead character, Steve Rogers, played by Chris Evans, who, through an astonishing example of CGI effects, genuinely seems to be a pale, tiny, sunken-chested young man. He’s not a patriot, per se; he’s just a little guy who has spent his life being bullied, and has decided never to back down from them. America has just entered World War II in this film, and Rogers is determined to go up against the biggest bully he can find: Hitler. He goes from recruitment station to recruitment station, begging to enlist, and finally, in a wonderfully done recreation of the 1939 World Fair, finds a scientist who will listen to him.

What results in the creation of Captain America. Initially intended as the first of an army of super soldiers, all chemically enhanced to peak perfection, instead, calamitously, Rogers is the only one, and, worse, he’s put to work doing PR for the military. He stars in a series of propagandistic movies, does a stage act with dancing and singing girls, and signs autographs, occasionally smacking an actor playing Hitler on the jaw in a scene intended to recall this classic comic book cover.

But, as it turns out, the Nazis have their own super-soldier program, which also produced one lone success — the Red Skull, played as a literal red skull by Hugo Weaving, an actor who really has a talent for villainous roles. And so the film quickly turns into a World War II adventure film, albeit one that stars two genetically advanced adversaries punching each other through walls. It could all turn very jingoistic — war films run a very great risk of making war seem like a noble adventure, and this is fashioned after classic World War II films, with groups of soldiers storming enemy compounds while cracking wise.

But Johnson keeps a very close eye on Rogers, who can’t help but be a little ridiculous. He is, after all, a former weakling turned costumed tool of propaganda, and when he actually shows up at the front lines, other soldiers demand to know who he is. “I’m Captain America,” he says, with no small amount of embarrassment.

I don’t care whether Captain America is a patriot or not. This film has him as an awkward man in a body that doesn’t quite suit him, dressing up in silly costumes because he thinks it will help support soldiers who are risking their lives, and refusing to back down from a fight when it’s against somebody who is genuinely mean or cruel, because he can’t stand meanness or cruelty. That’s a hero I can get behind.

The First Avenger, or why I need to apologize to Captain America