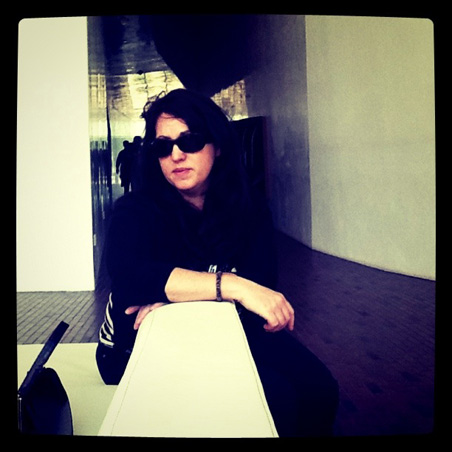 MinnPost photo by Max Sparber
Susan Marks, director of “Of Dolls and Murder.”

In the world of death, it’s hard to be a superstar. Any little detail from the land of the dead is likely to fascinate the living, a fact that popular culture has capitalized on. How many television shows are there just now that fuss over the physical details of death, coupled with a pulsing synthesized drumbeat of a techno soundtrack? I have counted, and there are exactly 3 billion.

But there are two stars in Susan Marks’ documentary “Of Dolls and Murder,” and I will mention them and dispense with them. They’re only part of the film, but threaten to edge out the remainder of the movie, in the way that superstars enter a bar with their entourage, take up an entire corner booth, and suddenly nobody else in the bar feels all that special. (I should note here that I am friendly with Marks; I should also note that I first became aware of her as a result of this film, and tracked her down because of it, as I make it my policy to stalk and befriend anybody who is doing anything interesting. This film is especially interesting.

Among the stars, there is, first and foremost, the film’s occasional narrator. He is John Waters, the filmmaker and recent curator of the Walker Art Center’s “Absentee Landlord” series. There isn’t a lot of narration from him, but he is such an iconic presence, and so well known for his morbid, sardonic wit, that he really only needs to come into the bar for one drink and after he leaves everybody will talk about him the entire night.

Second, there is the subject Waters narrates, which is the Nutshell Studies of Unexplained Death. These are little dioramas of crime scenes created by a woman named Frances Glessner Lee, a Chicago heiress with grand academic ambitions and little opportunities. Any time you watch a forensics professional on television, or, if your neighborhood is especially troubled, in your back yard, they are a descendant of Lee, in a manner of speaking. She used her family’s fortune to endow Harvard with a department of legal medicine, the first forensic pathology program that ever existed. And, to be sure that students were learning to examine physical evidence in context, she created what are, to viewers’ eyes, 18 doll houses with corpses in them.

They are marvelous creations, and Waters had an interest in them before Marks ever began her film. They are now in Baltimore, his hometown, and he looked at them as an especially bizarre example of folk art, which, in a way, they are. Each is a tantalizing little mystery. In some, the cause of death seems obvious, but may not be. In others, some sort of horrific violence has happened (and is represented in ghastly detail, with half-naked corpses and shotgun spatters of blood), but precisely what that violence was isn’t entirely clear. Waters’ role in the film is to narrate the doll houses themselves, vocalizing the miniature crime scene and hinting at the mysteries they contain.

But Waters, Glessner Lee, and the dollhouses are just a starting point for the film; if you look around, there are a lot more people at this particular bar, and they’re also fascinating. Because Marks doesn’t just offer a biography of the mother of crime-scene investigators, but also her various progeny. The film spends a lot of time with contemporary investigators, coroners and researchers who are looking to expand the science behind the investigation of death. In fact, an entire sequence of the documentary looks at a body farm, which is the sort of thing that could probably have its own documentary.

As it turns out, we’re just now starting to understand the speed and manner with which the human body, through ingenious design, starts converting itself to soil after death, and our decomposition can be affected by all sorts of things. If we die while in water, we will decompose one way, bloated and waterlogged. If we’re in a hot area, another, shriveled and mummified. If it’s winter, another, which is especially worth knowing here in Minnesota. Additionally, our remains become the temporary dwelling, and source of sustenance, for an astonishing array of critters, some specific to one environment but entirely absent in another.

If you’re in a field that relies on pinpointing the exact moment and location of death, and there are all these variables that might affect your ability to point your pin, what do you do? What body farms have done is take bodies left by human donors and just dump them out into various settings to see what will happen to them. Curious about what it might be like to rot in an unused refrigerator that you’ve been sealed into? Take a body, stick it in an unplugged refrigerator, and put it out for a few months to see what happens. What results is a spectacle of death, an orgy of odors, and a riot of beetles, worms and microorganisms, and this is the sort of thing that would usually get a lot of attention at a bar were it not for Waters and Glessner Lee hogging the limelight.

But it’s not just death we’re discussing here, it’s murder. These studies take place to make the science of forensics more detailed and exact, and they do this for one simple reason: Because if somebody is murdered, somebody did the murdering, and that killer has to be caught. The most striking thing about Marks’ film, and, for my tastes, the real star of the documentary, is the attitude brought to this task by the police officers and CSI professionals she interviews throughout. They’re famously a group with a gallows sense of humor, but that’s not what’s on display here — instead, it’s a sober, urgent, strangely moving sense of responsibility. More than one interview subject in the film express a sense of obligation to the dead.

They are, in a way, the last stop of a life, and what follows after them is the beginning of the path of death, a succession from mortician to grave. These representatives of law and science are tasked with locating the moment the living became dead, and how it happened. And this is a task that haunts them. They need to know, not because of some perverse curiosity, but because they need to help the dead find justice.

If I were to meet my end in a style that might be just right for a Glessner Lee dollhouse, with my body slumped over, doll-like and empty of life, and my apartment, dollhouse-like, sprayed with my blood, I would want such a person to be my investigator and advocate. Hell, if I met somebody like this is a bar, I’d want to buy them a drink.

Actually, I may get that opportunity. Marks’ film has its regional premiere tonight at the Heights Theater as a benefit for IFP Minnesota, and there is to be an open afterparty at the 331 Club. The screening will include talk-back from CSI professionals from Minnesota, some of whom are featured in the film. I have already had a drink with Marks, which I actually documented — she is part of my latest cocktail-themed podcast, in which she discusses the film and helps me sample a tequila that comes in a skull-shaped bottle, which I will embed below for those who want to listen.