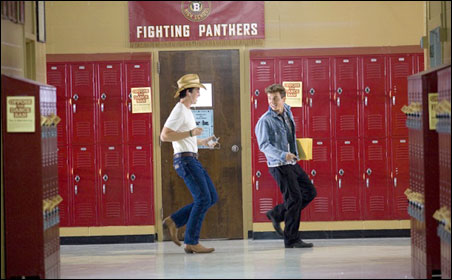 I’d like to talk about the topic of film remakes for a moment. I’m always a bit surprised at how upset they make some people. There seemed to be some angry chatter online about the remake of “Footloose,” a film that was first made in 1984 with Kevin Bacon playing a young man who moves to a southern town that has forbidden dancing.

The original was a pleasant enough film that benefited from some superb casting, including John Lithgow and Diane Weist as an evangelical preacher and wife who might have been villains in another film, but were provided complex and sympathetic motivations here. The film also featured an early performance from Chris Penn as a dopey, dance-phobic friend, and, as he always was, Penn was very, very good in the role. The actor is best known as Sean Penn’s brother; he died about six years ago and, to my mind, never really got the respect he deserved — perhaps because he often played roles that were, at best, prickly. He was a sort of male equivalent to Shelley Winters — both were actors of ample frames and oversized, neurotic emotions, and both had a talent for wearing their character’s damaged emotions on their sleeve. “Footloose” had one of Penn’s most appealing performances, and is, I think, one of the reasons the film is remembered fondly.

It also featured a soundtrack that went into heavy radio and MTV rotation for a year or so, including a title song by Kenny Loggins, who at that time could generally be counted on to make a title song a hit, and briefly making Deniece Williams, Shalamar, and Bonnie Tyler into household names. Ah, whither thou, Shalamar?

And now MTV has gone and remade “Footloose,” raising up a hue and cry throughout the land. And the cry seems to be one part “why bother” and two parts “how dare they ruin something I liked!” I’ll get to the why bother in just a moment, but I am going to dismiss the argument based on nostalgia. The original “Footloose” is not ruined by the new version, just as the television shows you enjoyed as a child are not ruined by being turned into feature films now. We have started to demonstrate a terrible tendency to see our childhood as a precious time that should not be sullied by contemporary mediocrity, but it was’t. Children have terrible taste, and the television shows and films we adored as children often were not very good. Yes, the “A-Team” film from a few years ago wasn’t especially good. Neither was “The A-Team” TV show it was based on. “The Dukes of Hazard” was a forgettable film. “The Dukes of Hazard” was a pretty stupid television show. Nostalgia has its place, but it should not be used to pretend something was more precious than it actually was. If Shakespeare can survive endless remountings of his plays, many quite bad, then “Footloose” can survive a remake. 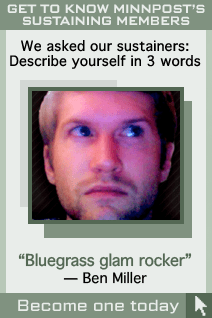 People should not be overly precious about such things. Hollywood has been remaking its films since it started making films. They made “The Maltese Falcon” in 1931, the year after Dashiell Hammett released the book, starring Ricardo Cortez. The remade it five years later, retitling is “Satan Met a Lady” and casting Warren William in the lead. And then they remade it again in 1941, this time casting Humphrey Bogart as detective Sam Spade, and this is the version we remember. I imagine even then there were film fans who balked on hearing of the new version, having seen Ricardo Cortez’s film when they were young and feeling certain that something from their childhood was being ruined. But, as Don Draper once sagely pointed out in “Mad Men,” nostalgia isn’t really us mourning for the loss of what was better in the past, it is often us mourning for the loss of our own youth, the passing of our childhood. There is nothing especially wrong with this emotion, but it takes some weird turns sometimes. If you get upset by the idea of a “ThunderCats” movie, you may be giving too much weight to the incidental entertainment of your childhood, and not trusting enough that the original “ThunderCats” will not be ruined. It couldn’t be, as it was already idiotic.

And so that brings me to the “Footloose” remake. First, I’ll say it’s a very competent remake. Although Kevin Bacon has turned into an exceptional character actor, he was primarily cast in the original film for his adorableness and athleticism, and he is replaced here by a young man named Kenny Wormald, who looks as though Aidan Quinn and Saturday Night Live’s Seth Meyer’s had a baby and taught it to dance. He’s suitably hunky, and he’s called on to do some frankly ridiculous things, like an extended rage dance in which he twirls around a cotton mill in a frenzy because he’s unhappy in school. In fairness, high-school students actual do dance out their emotions, although usually in their bedrooms, and usually they sob as they do so — or, at least, this was true of me when I was back in high school. But it’s still an uncomfortable spectacle to watch, and Wormald handles it with élan.

He’s coupled with Julianne Hough as a preacher’s daughter with a wild streak, a role originally played by Lori Singer, who had been one of the kids of the TV show “Fame” and still seemed like she was auditioning. Hough is, in my opinion, better in this role. The filmmakers caught the actress just at the moment when she still looks like a little girl, but with startling, unexpected moments of womanhood. She’s not growing up gradually, but is instead rocking back and forth between childhood and adulthood, an experience that she at one point describes as being something like madness. Her father, here played by Dennis Quaid, is the man responsible for the ban on dancing. He did so as part of a unproportional response to a post-dance accident that killed a number of the town’s children, including his own son. But he has effectively denied the town’s children the opportunity to explore adulthood, and it’s left his own daughter without the tools necessary to help her to grow up.

Even allowing that there may be a few decent performances in this new version, still, why bother making it? I suspect the reasons are pretty craven — it was a successful dance film back in the ’80s, and the kids are wanting dance films nowadays. This remake is about as slavish as any I have seen, using an almost identical soundtrack and some sequences that are shot-for-shot retellings of the first film, something I haven’t seen since Gus Van Sant’s weird “Psycho” remake. But I think the film’s theme resonates now in a way it didn’t when the original was made. Had it never come out before, I would have thought “Footloose” was written in response to 9/11.

I know this is a provocative statement, but bear with me. The film is fundamentally about how a community responds to a tragedy. And their response is immediate and overwhelming, and it violates the essential rights of its own citizens out of a heartbroken sense that these new draconian laws are intended to protect them. These laws have, instead, diminished them.

I don’t expect the remake was made with this in mind. But this is a post-9/11 world, and it’s hard not to see our own experiences reflected in the entertainment we enjoy. As a result, the new “Footloose,” surprisingly, felt more sophisticated than I remember the original being, and sadder. There are some things from our past that are worth mourning, and this film, perhaps accidentally, seems to reference one of those things.

‘Footloose’ — and a counter to the hue and cry against remakes