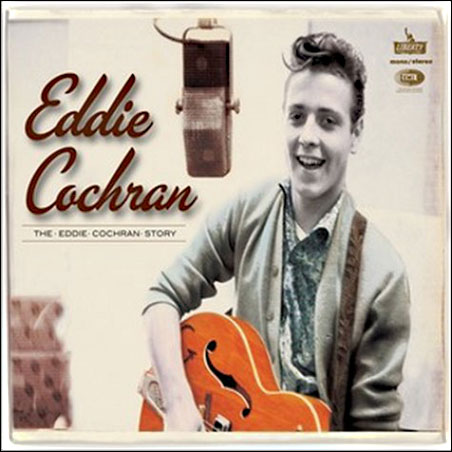 Courtesy of 101 Distribution
Eddie Cochran and his legendary guitar

Last week, on Oct. 3, it was the 73rd birthday of rock and roller Eddie Cochran, best known for the song “Summertimes Blues.” Or, at least, it would have been had Cochran not died in 1960. Belatedly, I want to take the anniversary of his birth to discuss one of the more surprising legacies of his death, and tell the tale of his guitar.

Cochran, who was born in Albert Lea, Minn., in 1938 and lived there until he was 17, had an explosive, although truncated, career as a recording artist and performer. This brief career perhaps reached its peak when he appeared in the Jayne Mansfield comedy “The Girl Can’t Help It” in 1956, when he was just 18. In the film he performed a rockabilly number called “Twenty Flight Rock.” which he performed with a slouch and jittery mannerisms that were meant to be tongue-in-cheek, as an example of the lack of talent required to become a success in rock and roll.

Instead, Cochran became something of a punk godfather, with his music covered by innumerable punk bands (including The Clash, The Ramones, and The Sex Pistols), and this performance became a protopunk classic. The song itself is an important footnote in history, as it is the song that Paul McCartney played for John Lennon that convinced the 17-year-old Lennon that McCartney should be in his band, The Quarrymen. 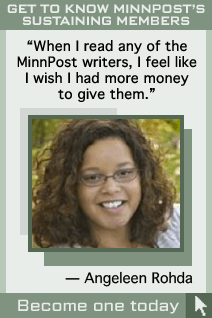 Cochran’s career was cut short when he was killed in a car crash while touring England; he was 21 years old, and his entire career had spanned four years. He was in a car with his fiancée, Sharon Sheeley (a songwriter who later wrote the Irma Thomas classic “Breakaway“), and Gene Vincent, a fellow rockabilly who was most famous for the song “Be Bop a Lula.” Sheeley and Vincent survived the accident. Vincent, however, was badly injured, and turned to alcohol to help control his pain, which played a large factor in his own early death at the age 36 in 1971.

Cochran’s injuries were more severe, and he died at St. Martin’s Hospital in Bath, England, which has some special meaning for me, as it’s only about five miles from where I lived in Bath as a boy. His guitar, a modified 956 Gretsch 6120 Chet Atkins Western model, was impounded. Cochran had a lot of influence on future rockers, but we will concern ourselves with the brief tale of his guitar, which, on the only tour of England its owner would ever take, would exercise a strange power over those it touched.

First, we must mention the case of one Marc Feld, an Eastern London boy and the son of a lorry driver. The 13-year-old Feld met Cochran outside the Hackney Empire, a theater in the London borough of Hackney, where Cochran had just played a concert. Cochran allowed the boy to carry his guitar out to his limousine. Feld later renamed himself Dib Cochran and fronted a band called The Earwigs, although that was sort a joke name, an homage to the performer who had inspired him. Marc Feld was at this time already becoming famous under another stage name, Marc Bolan. With his band T. Rex, Bolan helped create glam rock, and the band enjoyed a top-10 hit in America with “Bang a Gong (Get It On).”

But that wasn’t the end of the saga of Cochran’s guitar. After his death, when the guitar was impounded in Wiltshire, a young policeman used it to teach himself how to play. That policeman’s name was David Harman, but he would soon change his name to Dave Dee and cofound a band called Dave Dee, Dozy, Beaky, Mick & Tich. This band became one of the first wave of the British Invasion, along with the Beatles. While Dave Dee, Dozy, Beaky, Mick & Tich never enjoyed much success in the U.S. (although the charted with “The Legend of Xanadu“), they spent more weeks in the UK Singles Chart than The Beatles, and enjoyed unprecedented success worldwide.

Eddie Cochran’s guitar is now on display at the Rock and Roll Hall of Fame in Cleveland, Ohio. It’s behind glass, as are all the items in their collection of memorabilia, and this is probably for the best. Although the story of Cochran’s guitar is not especially well-known, there is still a risk of legions of West Country boys showing up to fondle the thing in the hopes that it will kick-start their career. Heck, if I ever get out to Ohio, I’m going to try to get my hands on it, if only for a few moments, if only to strum the iconic opening chords to “Summertime Blues.” There is some risk, of course — Marc Bolan, like Cochran, died in a car crash while still very young. But that’s how these thing work, isn’t it?

Magic objects always come with the risk of a curse, don’t they?