I must open this column with another of those tiresome full disclosures that journalistic ethics compel me to write with some frequency. I wish there were some way to simplify this, such as asking that readers presume that I have either gotten drunk with, made out with, or had a fistfight with everybody I write about. I’d like readers to imagine this true, as I wish it were. But, no, the actual percentage of Twin Cities artists who this describes is, at best, 10 percent. 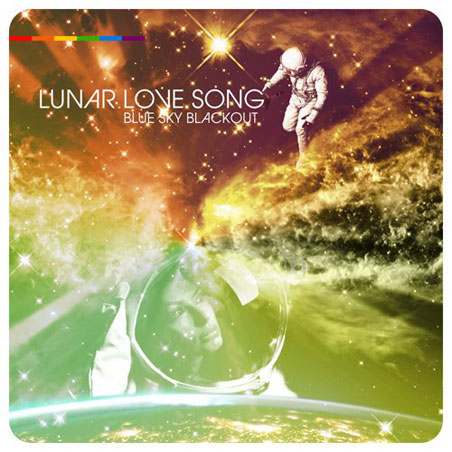 Jon Hunt falls into the “got drunk with” category. I can’t precisely recall when I met the guy, but for a while we, when he lived in Hollywood, were exchanging “Star Trek” themed emails. When he came back to the Twin Cities, I officiated at his wedding to a woman with the delightful nickname Trixie. I have spent a weekend at Trixie’s family cabin in Wisconsin. My girlfriend Coco has go-go danced onstage for a performance of the band Jonny formed, Blue Sky Blackout. And we all get together infrequently for drinks. I think that covers about everything, although there may be a makeout session I am forgetting.

I hope it is clear by now that I only cover art that I enjoy, or think is worthwhile, or feel I have something to say about.

Typically, if I am friendly with somebody in the arts, it is because they are doing something I find interesting; I am sort of a groupie in this way, and am not ashamed of it. Had I the hair, I would feather it and hang a decorated roach clip from it. Had I the body, I would wear short shorts and a silver lame halter top. Were I the right gender, I would be Pamela Des Barres.

Hunt is working on two projects just now that tickle my particular interests in such a way that I feel I must share them. Firstly, he is a skilled graphic designer and, for some reason, got it into his head to start designing album covers for albums that never existed, or alternative album covers for albums that do exist. You can see samples of them on his new Tumblr blog, called, simply, i design album covers. He has perfectly captured an aesthetic that has been out of fashion for so long that it is primed for a comeback: late-’60s, early ’70s; vaguely trippy; tends toward desaturated versions of the colors of mustard and green bean. I instantly asked him to design the cover for the next album of my band, The Ultramods. 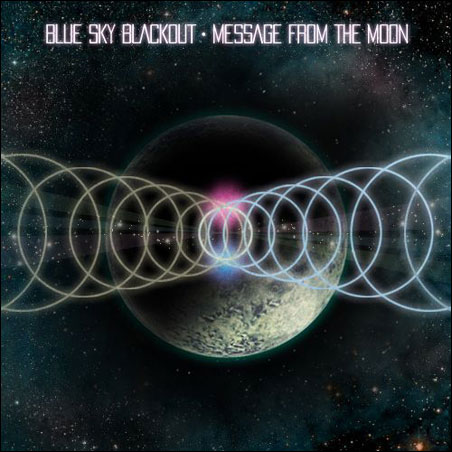 Online, Hunt will occasionally launch into impassioned defenses of the most popular music ever made, as though, say, KISS or the Beach Boys need somebody to mount frequent and vigorous defense for them. He feels that they do, and I understand what he means. Sometimes, excellence can be a victim of its own popularity. Once you have heard a song 100 times, it just becomes whatever it is, and the details become murky. “Rock & Roll All Night” becomes a big, dumb rock anthem, and, at best, a guilty pleasure. But Hunt is to pop music what, say, supertasters are to the slightly bitter chemical propylthiouracil, which most of us can barely sense but may be too intense for supertasters even to bear.

For Hunt, the thrill of a great solo never lessens, and the hidden genius of a well-produced album is quite visible. If you are ever tempted to dismiss, say, the ’80s power ballad “Total Eclipse of the Heart,” you may find youself receiving a lecture about the operatic sensibilities of writer/producer Jim Steinman, or Max Weinberg’s undervalued, propulsive drumming, or how perfectly the material was matched to Bonnie Tyler’s soaring voice.

In fact, I don’t know that this is a Hunt-specific lecture, as I am just inventing one for the sake of this column. I do not dare dismiss pop music around him, nor would I. He is right; every time, he is right.

But there is great risk in loving the sort of things that others ignore as shallow or kitschy, especially when you make your own music. I think Blue Sky Blackout is a fairly well-regarded local band — the shows I have attended have had a good turnout, and a happy audience. The band is made up of musicians who, collectively, can claim something like 60 years’ experience in local music. But Blue Sky Blackout makes a sort of big, guitar-based, earnest rock ‘n’ roll that seems very retro nowadays, when music is created of samples that are chopped and screwed, and augmented with digitized wobble bass, or made by bearded folkies who sing plaintive songs about living in a cabin and suffering a combination of heartbreak and snow blindness. Blue Sky Blackout is not that; they come from a previous school of rock. Some of Blue Sky Blackout’s songs would sound just right on the soundtrack to a teen comedy by John Hughes, after whom they named their first album.

I have forever been of the opinion that if one is already out of fashion, one has license to be as out of fashion as possible. And so it was with great pleasure that I learned that Hunt and his bandmates (Christian Erickson, Brandon Dalida, Mykl Westbrooks, Marc Iwanin and Tim Ritter) are at work on a science fiction-themed rock opera. I emailed Hunt about the project, and he sent me a rough demo of an eight-and-a-half-minute, four-part composition called “Lunar Love Song” that marries the chord progression from Status Quo’s psychedelic classic “Pictures of Matchstick Men” with an almost Beatle-esque melody, and then, of course, the music goes mad, soaring into a a sonic wash that sounds like a spaceship blasting off.

It’s riff- and hook-heavy and, in its four movements, seems to reference every single science fiction-themed pop song from the past 40 years. I’d quote the lyrics, but Hunt informs me that they are just space-holders on the demo, until real lyrics are written for the song. At the moment, they consist almost entirely of couplets about rockets blasting into space, with one section that consists of the phrase “Welcome to Olympus Mons” repeated again and again. This refers to a large volcanic mountain on the surface of Mars, as isn’t it time that it had its own pop song?

This is the sort of thing I am predisposed to like, so I can’t help but write about it. Although, at the moment, the project feels necessarily incomplete. It very badly needs to be filmed, preferably by somebody like the mad British director Ken Russell, who unfortunately recently died. Blue Sky Blackout doing a sci-fi rock opera is exactly the sort of gloriously daffy, indulgent, knowingly ridiculous gesture that rock ‘n’ roll once excelled at, and I think has lost. It properly should be indulged as much as it can be, with stage pyrotechnics and barking-mad film directors and as much spectacle as can be mustered. This may not be the world that will support this sort of pop majesty anymore, but, like Hunt, when it appears, I am going to defend it.

Blue Sky Blackout will perform selections from their rock opera at the Cause Sound Bar Saturday at 9 p.m.