There is enormous risk in being a generalist. I don’t write about any one subject. I don’t even stick to current events. And so when the end of the year comes, it’s hard for me to look back and say “here was the best film of the year” or “here was the best play of the year,” or whatever it is that arts critics usually do when the calendar reaches its terminus. I don’t even like  “best of” or “worst of” lists anyway, and wrote a long missive about my distaste for the form a year ago).

But there are certain advantages to being a generalist. There’s a risk of myopia when you write about one type of art, and a risk of excessive provincialism when you only look at local arts. So while I cannot discuss any one art in too much detail, I do have a certain big-picture viewpoint that others may not share. And here are a three of my observations from this past year.

1. We seem to be in something of an uncertain time, artistically speaking. There are no epoch-defining artistic genres just now, especially in the United States, and old genres are starting to lose their cachet — just this year Prospect Magazine declared the death of postmodernism. And they weren’t talking about the philosophical movement so much as they were discussing the use of the term in art, where it tends to be a sort of shorthand for “any art after the period of modernism, and created in reaction to it.” But if postmodernism is dead, what replaces it? Nobody seems entirely sure just now, which is both a frustrating and an exciting place to be. There are great pockets of experimentation, often in direct response to our transforming world, which seek to incorporate such relatively new trends as social media and Internet-connected international protest.

But, then, these phenomena have also made a number of artists feel that social media has taken over the role of protest, removing the need for art to address it.

Whatever the art of the next few years will look like, I suspect some of the elements it cannot help but address will be the following: The transformation of the idea of community from a physical environment to an online environment; the risk that people will create for themselves a sort of online bubble, in which they constantly reinforce their own worldview and edit out conflicting worldview — or even conflicting facts; the contradictory fact that this newly interconnected world gives us the opportunity to interact with people thousands or even tens of thousands of miles away, and to collaborate with them. 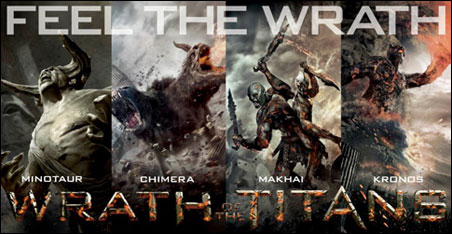 Courtesy of Warner Bros. Pictures
“Wrath of the Titans,” forthcoming this March

2. The rise of a new epic narrative: In the past year, I have noticed that films are increasingly following a trend started by television, that used to be called, I think wrongly, “novelistic.” I speak of the fact that a television series can follow the development of a character over years or even decades, a fact that HBO has been particularly sophisticated about exploiting. Television series are are no longer intended to be watched as discrete episodes, which can stand independently from each other, but instead are intended as one long story, with story arcs that can span dozens of episodes. This has been made possible by television-on-demand, where, through the Internet, via boxed sets of an entire season, or by use of TiVo, it is now possible to take in a series as a whole.

There have always been film franchises, but, in the past, they tended likewise to be discrete. You need not ever have seen a James Bond film before to watch a new one, and, while characters might carry over from one movie to the next, storylines rarely did. (The “Star Wars” movies are a notable exception to this, borrowing their approach from old movie serials.) But with the success of the “Lord of the Rings” trilogy and the Harry Potter films, filmmakers are increasingly looking to the HBO model, with film sequels treated as continuations of existing storylines, rather than new stories. One of the odder examples of this is the forthcoming sequel to the marvelously trashy “Clash of the Titans,” which details events created by the first film. A better example would be the successful Batman reboot, which ended its last episode on a cliffhanger, and has been surprisingly interested in exploring Bruce Wayne’s complicated psyche as he pursues life as a hooded crimefighter. 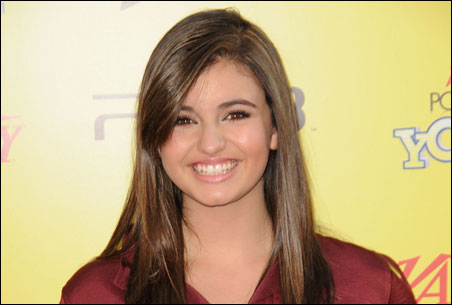 rebeccablackonline.com
Rebecca Black found fame — and became a target of online bullying — with her song “Friday.”

3. Celebrity has become democratized. One of the dirty secrets of Hollywood is that celebrity is an almost entirely manufactured phenomenon, maintained by an army of publicists and often disconnected from any actual accomplishment — it is, at its worst, just the mass media expression of gossip. One of the results of the Internet is that the same tools publicists use to push their clients into the public eye are now available to everybody, and are almost entirely free. And so it is that we now live in an era that is increasingly glutted with celebrities, and many of them are self-made.

The downside to this is that, because celebrity is a catty phenomenon, people who actually experience it often experience it as a constant wave of vicious animosity, as the unfortunate Rebecca Black discovered this year when her cheaply made song “Friday” became a locus for online bullying. Black is among the first of what I suspect will be an increasingly disheartening trend: Teens who stumble upon online celebrity, and are ill-prepared both to take advantage of their public visibility and to handle its sizable downside.

As I mentioned, we’re in a period of celebrity supersaturation, and this is only going to worsen as more and more people take advantage of the new media to push themselves into public view. Andy Warhol was right that in the future we will all be famous for 15 minutes, but I doubt he expected that we would all have those 15 minutes simultaneously. It is likely that this will devalue the idea of celebrity, and this is probably a welcome development. That celebrity bubble has gone on far too long.

Looking back at 2011: Three trends in the arts