But in late January, the operation known formerly as K-TWIN — a melange of familiar/contemporary pop hits, some DJ banter and, in warmer weather, Twins broadcasts — flipped the switch to a more “alternative” (read: hipper) music format … and Twins broadcasts.

It was clear to everyone who cares about the “alternative” slice of radio turf just whose audience the Pohlads wanted a slice of. The ratings hierarchy of Twin Cities radio hasn’t changed much with advent of the digital download era, when many ardent music fans can walk around with what amounts to a radio station worth of tunes on their cell phone. Familiar names like KQRS, KDWB, K102 and KS95 still command the market, with only the latter being locally-owned.

It’s the local angle that makes this Pohlad v. MPR tussle interesting, since both stations have nearly complete freedom and resources to accurately discern and align themselves with the tastes of their home market. (By contrast, KDWB and K102’s parent company, Clear Channel, which changed its name last September to the snicker-inducing iHeartMedia, would probably have to convene a board meeting with its Bain Capital directors to switch a Twin Cities format. I kid. But not by much.) 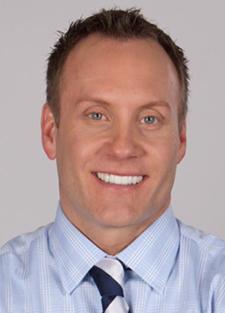 For the record, Go 96.3’s Sr. Vice President Sam Elliot denies his move is a direct shot at The Current. He says the station went looking for “a hole in the market” last summer and the resulting research told them that among a handful of variations of “alternative music,” “pop alternative” offered them their best opportunity. Consequently, he says, “I don’t see a lot of overlap” in the playlists.

And while Go 96.3’s latest build-out is still a work in progress, with an announcement of new DJ hirings and a settled schedule of programs to be announced within the coming week, Elliot has a point. He says it’s fair to describe Go 96.3’s sound as much more pop and up-tempo than the highly eclectic Current, which has no second thoughts about playing sad bastard ballads from the likes of Sam Smith and others. (The problem for The Current is deciding when to toss people like Smith overboard once they get over-played on commercial stations. Call it the Mumford & Sons conundrum.)

“So no, we’re not trying to compete with the Current,” said Elliot. “They do a really good job and they’ve got ten years on us. We’re not going to out-Current The Current.”

But that may not stop them from hiring popular DJ Barb Abney, late of The Current. Abney’s abrupt firing three weeks ago, from a place implicitly selling itself as “not like the other guys,” was a bit of a watershed moment for The Current. An entirely survivable one, but still a watershed.

“Barb is a possibility,” says Elliot. “It seems like everyone who knows her has reached out to us on her behalf. Because of her situation with the Current I can’t say anymore. But when it’s appropriate I hope to have something more to say about that.”

Over at The Current, program director and frequent host Jim McGuinn is obliged to tread delicately on the topic of Abney and any personnel moves. But he says, “I don’t take anything about those kinds of decisions lightly. I wish there was a better way to make changes. So I’m not saying this with any negativity toward Barb, but we think the changes we’re making will make The Current better.”

As for Go 96.3, he says, “The world is morphing fast, everything today is competition. Are they close musically to The Current? Definitely. But there are plenty of differences.” 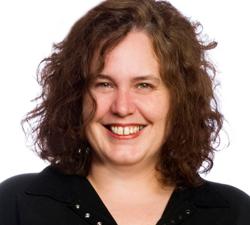 One great irony to this particular competition is that until The Current bloomed ten years ago, with a decidedly non-homogenized playlist and regular attention paid to local artists, for all intents and purposes their segment of the radio universe didn’t exist in the Twin Cities, with the exception of low-powered college stations.

Commercial broadcasters, from the giants like (uh) iHeartMedia and Cumulus (parent of KQRS and a few others), locals like the Hubbards’ KS95 and smaller fringe operations had long clung and still cling to the safe, calculated wisdom that is not so different than what F. Murray Abraham says to Oscar Isaac in the Coen brothers’ “Inside Llewyn Davis”: “I don’t hear the money.”

Fundamental commercial pressures will keep Go 96.3 well away from the central points of appeal for The Current. To list them:

1. Ad clutter, the time lost each hour to hyping hamburgers, jewelry and what not, is all but valueless to that “alternative” music’s core demographic. Elliot is vowing to maintain Go 96.3’s three three-minute breaks per hour come hell or high water, but what traditionally happens is that, over time, ad creep swallows up another music cut or two … or three, and soon enough you’re an iHeartSponsors format. Tune into Cities97 for an example of how far traditional broadcasters dare go with “progressive music.”

2. Elliot says his DJs, when they’re fully assembled (only Jason Nagel and Brian “BT” Turner are on board at the moment, with the latter reduced to an hour-long lunchtime show), will pick (“curate”) their own show “from a big crate of records they can choose from.” And while that is a step up from playlists beamed in from San Antonio, with the lucky jock allowed to play a song an hour of his or her choosing, it’s a long way from the celebration of quirky variety that keeps The Current sounding fresh. (I seriously doubt Go 96.3 will ever get to the point where they’re dialing in a week’s worth of John Coltrane in a nod to Black History Month.) 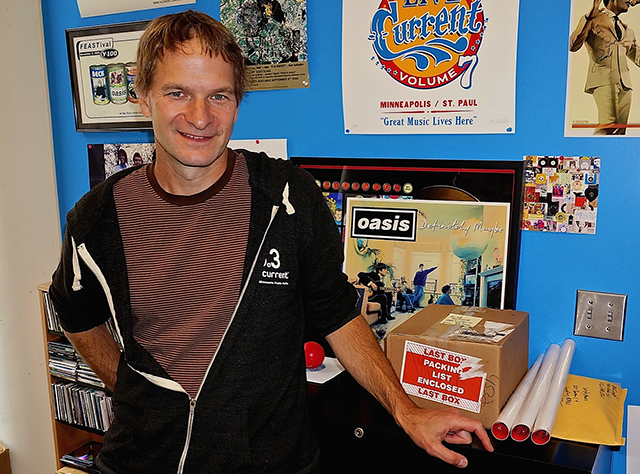 MinnPost photo by Brian Lambert
The Current program director Jim McGuinn: “The world is morphing fast, everything today is competition.”

3. The Pohlads have made several good-faith attempts at community outreach, the aforementioned Turner in particular has been an indefatigable ambassador for the company, for years popping up at events all over town. But The Current, with MPR’s well-oiled marketing operation, which is plugged it seems into every corporation in the state, has become a gold standard for weaving event promotion into its airtime. Alternative music fans may reflexively turn a deaf ear to hamburger ads, but they remain alert when the jock starts yapping about who’s playing in town that night, or at the station’s summertime Rock the Garden extravaganza, in conjunction with the Walker Art Center.

4. Ratings still matter. The Pohlads’ financial strength immunizes Elliot and his team a bit from the usual ratings mania, but no commercial station avoids them entirely. (BTW, he describes Go 96.3’s new target as 25-to-44 year olds, as opposed to K-TWN’s 35-54). Meanwhile, MPR’s shall we say “robust” membership structure allows McGuinn et. al. much greater freedom to play with their product while building an association among The Current’s young-ish listeners to the Mother Network.

All that said, Elliot makes an upbeat case for his revamped station. He says they haven’t settled on a set of morning drive personalities, traditionally the mainstay of pop music stations. But he insists there’ll be no “Morning Zoo”/TMZ factor to it. (“Alternative” listeners apparently have a low tolerance for celebrity inanity and fart jokes.)

He says the station will continue its series of concerts in the 1,000-seat amphitheater just west of Target Field, and there’s a plan afoot to develop what he’s calling the “Players’ Playlist,” with individual Twins picking their favorite music and hosting maybe a show of some length TBD. Assuming there’s a player among them who listens to anything other than country or hip-hop, that could be a fun shtick. As for the jarring intrusion of the 162 games themselves, Elliot says he’s goosing up the station’s on-line product, where music (and videos) play in lieu of the Twins.

On McGuinn’s list of news and evolutionary changes, he says that unlike previous years the roster for this summer’s Rock the Garden is set and will be announced “soon.” (Last summer’s crowd favorite, Spoon, will not be at RTG, but will play at another local summer festival, says McGuinn) Also, after the current pledge drive, (The Current’s equivalent of a week’s worth of hamburger commercials), the Barb Abney replacement show, hosted by Jade Tittle, will fully flower, with the well-travelled Dave Campbell, a refreshingly droll presence among The Current’s ever-chipper cast, launching a Tuesday-through-Thursday 11 p.m.-to-2 a.m. show that McGuinn says will have extraordinary license to roam even by The Current’s standards.