In the wake of last week’s controversy over the Mpls.St.Paul Magazine cover featuring 15 almost all-white and totally male “Top Chefs,” another curiosity raised its head.

Namely, what exactly is “service journalism”? Responding to Jon Tevlin’s Saturday column on the flap, food writer Dara Moskowitz Grumdahl posted a message to her Facebook page: “As a critic, if I give you the list of the best restaurants in town, it will be, to the best of my ability and using every cell of brain-power and discernment I have, the list of the best restaurants in town. If you want another metric, the biggest influencers or the future of food, I’d give you that. The restaurants we have are the restaurants we have. If Jamie Malone or Lucia Watson had a restaurant currently the list might be different, but they don’t so it isn’t. You may find me intractable, but as a service journalist I feel entirely duty bound … .”

To which Strib reporter Rochelle Olson asked, “What is a ‘service journalist’? That’s a new one.”

WCCO-TV’s Jason DeRusha, one of the group who — along with Moskowitz Grumdahl, food editor Stephanie March and writer Peter Lilienthal — compiled Mpls.St.Paul Magazine’s list of top restaurants, came to his colleague’s assistance, pointing out that, “service journalism has been around for decades.”

I recall the first time I heard the phrase. I had been in the journalism game about 30 years, and having a perverse affinity for marketing euphemisms, I laughed when it was mentioned, dismissing it as a tarted-up, focus-group-tested term for advertorial, the time-honored tradition of cranking out news-like copy to lube up the wheels of revenue. If not, what was the point of making a distinction?

The skeptic in me says journalism is practiced with little to no eye on an impact to revenue — or at least we like to think that’s the case. And while not necessarily engaged in a quid pro quo with advertisers, to me “service journalism” always carried the sense of being specifically focused on subject matters highly unlikely to offend any reader.

Since it wasn’t exactly one of those issues that has much to do with the price of rice, I let it slide … until it flared up again last week. Some quick Googling produced a handful of credible definitions of “service journalism,” namely that it is devoted exclusively to providing consumer information. Or, as Gayle Golden, a Senior Lecturer at the U of M’s School of Journalism and Mass Communication, explains, “The way I talk about it is that it identifies a need, it then reports on that need and in the final step offers tips or solutions.” 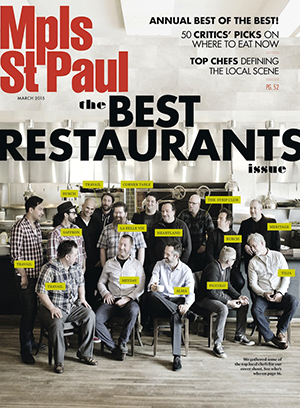 Golden, who teaches magazine writing, cites the example of a cover story from the estimable Texas Monthly, for decades an outlier of journalistic quality among the inanity of most other city and regional magazines: “63 Tacos You Must Eat Before You Die,” a trans-Texas survey of hundreds of tacos. The need: Where’s the best damned taco? The reporting: an extensive survey from one side of the state of the other. The tip or solution: a compendium of the best. The magazine’s venerable editor at the time, Evan Smith, was unabashed: such a story was well within the parameters of a solid journalistic product.

Over at City Pages, where Pete Kotz is in month three of his term as editor of a publication that produces its own annual (mammoth) “Best of” package along with the regular flow of restaurant, music and film reviews, says: “We don’t use the term here, and frankly I haven’t given it enough thought to even give you a good incendiary quote. But you know how the industry works. We keep coming up with new ways to describe the same thing. What you describe is clearly something that generates ads, and I don’t have a problem with that. Readers seem to like these lists, even as they know that they’re all pretty subjective.”

“What I think of when I hear the term,” says DeRusha, who is a regular freelancer for Mpls.St.Paul in addition to his day job at WCCO-TV, “is reporting that is laser-focused on providing useful information to an audience. But that could be anything, couldn’t it? Fashion. Travel. And beyond that, if you think about it, Car and Driver is service journalism.”

While it’s tempting to argue that car magazines, (or Guns & Ammo, Tropical Fish Hobbyist, etc.) come with some hard metrics — braking distance, firing speed, water salinity, whatever — there is no question that service journalism, or whatever you want to call it, has spread aggressively across the full spectrum of journalism in the digital age, when “clickbait” lists can be scanned, ingested and shared in less time than it takes to munch a Top Crudite. And while traditional criticism of food, film, music, and the fine arts is well understood — namely, a trusted individual’s informed if subjective appraisal — daily papers and the local evening news are no longer shy about serving of “Best” lists of their own, often of dubious validity, e.g. “Best lake getaways,” “Best venues for your overdue date night.” Almost everyone is doing it because almost everyone’s audience enjoys it.

But to the rationale for making a distinction: If identifying a problem, reporting and providing a solution is the essence of service journalism, how is that any different than what most of us understand to be … journalism? 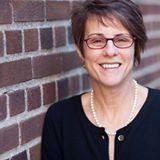 Does the fact that the traditional political story, for example, pull up short from offering a solution  — i.e. “Don’t vote for this SOB,” in some way imply that service journalism is practicing a higher quality of the science than your average reporter? I doubt anyone will argue that it is, even practitioners of service journalism. Rather, the solution component most often directs the reader to a good or service they can purchase to resolve their lifestyle issue. It’s about moving money.

“I don’t know if you can make the comparison to political coverage,” says Golden. “But I will argue that good service journalism requires every bit if not more reporting than traditional journalism, and requires much more complicated design when it goes to print.”

So for the sake of putting some kind of a definition on it once and for all, is it fair to say that service journalism is consumer reporting closely associated with the business plan of an organization — be it a print publication, a broadcast outlet, or website? (Not, as they used to say on “Seinfeld,” that there’s anything wrong with that.)

“Oh, I think it’s perfectly fair to say that,” says Golden. “It is coverage for your niche readership. But I wouldn’t define it too narrowly, so that it’s only about stories that directly sustain the advertising base. Also, I would reiterate that the quality of the reporting should be as high as any other story, not just something you’re filing off the top of your head.”

Golden, who is also a member of the Minnesota Magazine & Publishing Association (MMPA), makes her case for the value of expertise in the often entirely subjective forums that produce service stories like lists of “Best Restaurants”: “I don’t want to fault or comment in any way on how [Mpls.St. Paul] did their story. But the expertise a writer brings to this kind of work matters. I trust Dara, based on the work she’s done for years. Her credibility matters.”

For her part, Moskowitz Grumdahl, took umbrage at the notion that a definition of service journalism is even worthy of discussion, to the point she that she said I was “only writing about this because you think it’s a ‘girl’ thing and you’ve got an issue with that.”

She said she is part of “a noble tradition of critics,” and that I simply didn’t understand the basic the function of such writing.

As I’ve said, in the grand scheme of things, however one defines service journalism doesn’t matter all that much. But considering the sheer amount of it, and how much it’s intertwined with traditional, non-service journalism, critical consumers might want to occasionally ask themselves into which category all the stuff they’re reading or watching belongs.

So what is ‘service journalism,’ anyway?