So­-called “high speed Internet” has been a fact of life in Minnesota’s metropolitan areas long enough that many urban consumers have a hard time remembering the slow, juddering era when photos, much less videos, took “forever” (OK, a minute or more) to download and play. Never mind the reliable, routine streaming of Netflix or HBO Now; the Internet experience “back then” was rudimentary at best.

To paraphrase Bill Clinton, the “was” still “is” the case for 40 percent of Minnesotans beyond the borders of the Twin Cities, Rochester, Duluth and a few other cities. And as the current legislative session grinds through its final days, that situation doesn’t seem likely to change appreciably, despite both parties’ loud promises to be the best friend Greater Minnesotans have ever had.

State Sen. Matt Schmit, DFL-Red Wing, has been a prominent voice in pitching the economic upside of an aggressive state investment in border­-to-­border broadband expansion, but even he sounds resigned to a significant dial­-down in state support from last session’s $20 million pilot funding.

In a May 11 commentary in the Star Tribune, Schmit wrote:

By now, we all know the facts: Twenty percent of Minnesota homes lack wireline broadband at our modest state speed goal of 10 megabits per second (mbps) for downloads and 5 mbps for uploads. Nearly 40 percent of homes in Greater Minnesota miss the mark. The speed goal represents a basic threshold by which Internet users can count their connections worthy for a home­-based business or teleworking, distance learning or telemedicine. … Minnesota has a projected $2 billion budget surplus — and we’re struggling to pledge 1 percent of our one-­time excess to an urgent one­time need. Instead of building upon last year’s momentum, this Legislature risks taking a significant step back. Importantly, the “Border-to-­Border Broadband” fund addresses a market failure — in this case, a situation where private investment capital is limited but consumer demand is strong, if not geographically concentrated.

In a conversation last week, Schmit made all the collegial remarks you’d expect from someone still hoping to salvage something more than very little out this year’s legislative session. Asked how the GOP could so flagrantly violate the rather explicit promises they made to the Greater Minnesota constituency that helped restore their House majority, Schmit suggested: “They appear to have spent more time listening to AT&T than our [broadband] task force.” As for his fellow DFLers’ and Gov. Mark Dayton’s disappearing act on an issue that could suck the air out of any Republican claim to have better served the interests of out­state, Schmit refused to take the bait.

While frustrated, he preferred to say his focus is on clawing something out of this year’s session and reassuring the dozens of skeptical cities and companies who have shown interest in what was supposed to be a growing state program that St. Paul “is still serious about this.”

‘Technological ignorance and politics have intertwined’

At the risk of grossly simplifying a complex technological and legislative question, what Schmit and other broadband proponents favor [PDF] is a statewide system that — at minimum — meets what is available in the Twin Cities today, namely: a roughly 1,0­40 megabit per second network capable of streaming video, making it adequate for tele­conferencing, tele­medicine and such, not just kicking back and watching “Game of Thrones.” (UnitedHealth Group, which doesn’t serve Minnesota but is an insurance industry leader, recently announced it would expand its coverage of tele­medicine, where patients can have a live visual interaction with doctors via Internet to 20 million customers.)

The Blandin Foundation’s report on broadband’s positive economic impact out­state is one reason why the initiative strikes proponents as a “no brainer.” 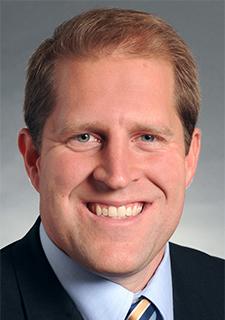 In Schmit’s ideal world, the entire state would get a fiber optic system capable of carrying 20 times as much data per second. At least two companies, CenturyLink and USInternet, have begun the process of installing 1-gigabit­-per-­second fiber optic in the metro area, and under the Obama administration’s stimulus program, hundreds of miles of fiber optic were buried in corridors through the state.

So what has happened between last year — when even the Governor’s Task Force on Broadband suggested a $100 million infusion of state money — to this year, when broadband will be lucky to leave St. Paul with $12 million to keep the initiative’s lights on?

Former GOP Rep. Dan Dorman left the House in 2009 and now is executive director of the three-year­-old Greater Minnesota Partnership, a consortium of 90 members — including 10 MnSCU campuses and 10 chambers of commerce — that advocate for Greater Minnesota issues. “Basically,” he says, “what you see is that technological ignorance and politics have intertwined. I was in the House for eight years. I’ve seen this firsthand. In general, Republicans don’t like to spend money. If they can find a reason, any reason, not to to spend they’ll cling to it no matter what.”

While buried, hard­wired fiber optic is the preferred method for delivering a reliable, long­-term, upgradable Internet across the state, the initiative pushed by Schmit and others by no means requires fiber optic.

The reality, though, is that today’s wireless systems are either not adequate or not reliable enough to handle the load businesses, hospitals and schools require for full function, despite what lobbyists have told legislators looking for a reason to say “no” to any kind of government spending.

The Blandin Foundation’s Ann Treacy offers “Five reasons” why wireless is not a practical answer.

Says Dorman: “There has been a pretty slick push by AT&T to talk about [wireless] technology that hasn’t even been approved by the FCC yet. Yet they’re hyping it as being right around the corner and therefore a good reason to say ‘no’ to the expense of burying fiber optic. A lot of money has been spent by the other side on this. It sure played well with [GOP Rep. Pat] Garofalo’s committee.

“But the fact is wireless just isn’t there yet. Maybe it’ll be in five years. But no one can say for certain. More to the point, if you look at what the big actors in tech are doing, they’re continuing to bury fiber. Google, Comcast, CenturyLink. Some pretty smart operators, right? They’re still betting on fiber. But when you start talking mega­bits per second, people’s eyes glaze over. So it’s easy to tell them something they want to hear.”

Chris Henjum, like Dorman an attorney/lobbyist with the St. Paul firm of Flaherty & Hood, helped research and draft last year’s broadband legislation. “As it is today, wireless is still too costly, data is often capped and it doesn’t have the reliability businesses and hospitals need.”

And the governor? On a basic tactical level, how do you not use broadband as a device to steal a campaign issue back from the Republicans?

“Well,” says Dorman, “it was pretty late in the last session before Dayton came around on this. But now, as much as anything, I think he’s kind of isolated and following the advice of his staff, which is mainly urban and doesn’t see the need.

“In a nutshell that’s the dilemma. You’ve either got these urban DFL staffs or — on the Republican side —  the crazy Tea Party crowd, and we don’t come off well with either one of them.”

How the Legislature is cheating Greater Minnesota on broadband