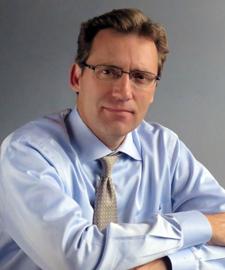 A redesign of the Star Tribune’s website … is still coming. After announcing the re­do last Sunday, Editor and Senior Vice President Rene Sanchez amended the announcement yesterday, saying that “technical difficulties” had impeded the launch, but gave no date as to when the gremlins would be vanquished and the new look would be ready for primetime.

Via e­mail this morning, I asked Sanchez if he could offer a layman’s explanation for the problems his crew is dealing with. He replied, “I don’t speak the language of a digital engineer, but we don’t want to introduce the new website until we are certain that it loads swiftly and cleanly. We’ve had a few issues with that.”

Having some familiarity with both print and web redesigns, some of which are done just to keep up with fashion, I was curious as to what substantive changes the paper hopes to achieve with the next iteration.

“The new website will be an improvement in many ways,” Sanchez said. “But to me the two biggest are:

“The top of the home page will allow us to showcase more news, and more features, not just stack headline links. If you look at sites such as the Boston Globe, that’s where we are roughly heading with our new design.

“The other leap forward is that the reading experience on story pages will be much better — ­wide columns, better typeface, and the opportunity to embed things like video and graphics into more stories.”

The Globe site, IMHO, features a design that echoes a print paper, with a fairly clean flow of photos and sections. As someone who scans through the website regularly to produce The Glean, I personally have no grinding issues with the Strib’s current design or performance (other than the way it buries its Your Voices bloggers), though a Globe­-like upgrade could/will offer a more intuitive reader interface, certainly for old-schoolers who like the web versions of their newspapers to look like newspapers, dammit.

Sanchez said he had no analytics telling him that readers were struggling with any particular issue or section. “The current site is going strong. We’re just modernizing it and designing it better.”

But as of Friday morning, he still wasn’t putting a precise date for the debut. “I could offer a better forecast in a couple of days, once we finish testing a few things.”

Every cable news correspondent nattering on in search of the “whys” of the eruption in Baltimore this past week would do themselves and their viewers a world of good by reading this piece at The Marshall Project, where former New York Times editor Bill Keller interviewed David Simon, creator and writer of “The Wire,” the quintessential peeling back of inner­-city America’s onion of discontent.

BK: What do people outside the city need to understand about what’s going on there — the death of Freddie Gray and the response to it?

DS: I guess there’s an awful lot to understand and I’m not sure I understand all of it. The part that seems systemic and connected is that the drug war — which Baltimore waged as aggressively as any American city — was transforming in terms of police/community relations, in terms of trust, particularly between the black community and the police department. Probable cause was destroyed by the drug war. It happened in stages, but even in the time that I was a police reporter, which would have been the early 80s to the early 90s, the need for police officers to address the basic rights of the people they were policing in Baltimore was minimized. It was done almost as a plan by the local government, by police commissioners and mayors, and it not only made everybody in these poor communities vulnerable to the most arbitrary behavior on the part of the police officers, it taught police officers how not to distinguish in ways that they once did. … What the drug war did, though, was make this all a function of social control. This was simply about keeping the poor down, and that war footing has been an excuse for everybody to operate outside the realm of procedure and law.”