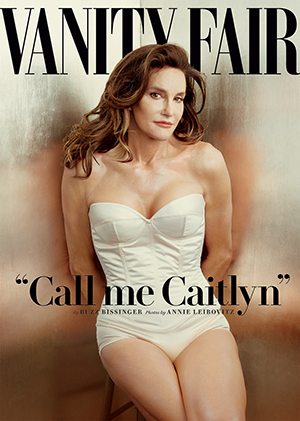 Maybe you’ve heard. Bruce Jenner is now Caitlyn Jenner. It’s been in the news. All the news. Everywhere.

The gender transformation of the 1976 Olympic hero, the ultimate Wheaties cover boy, although perhaps better known today among everyone under 50 as a member of the self-glorifying Kardashian reality TV family, has been a tabloid sensation for months. With his official coming out in an interview with Diane Sawyer and now a bona fide covergirl for the current issue of Vanity Fair, shot by no less than Annie Leibovitz, the Jenner story is unavoidable.

In what passes for the mainstream today, coverage of the transgender transformation of Jenner has been generally sympathetic. While the numbers of people actually identifying as such are small, the transgender “issue” as it relates to Jenner, has been treated with much the same respect, if not full comprehension, the established media now tends to lend to stories with gay plot lines. Blogs and trolls are a whole other matter. But it’s remarkable how few of the usual Culture War suspects have wandered into the swamp by saying something cloddish about Jenner and the larger context of transgender issues.

All that said, a professional skeptic can’t help but wonder how valuable the avalanche of publicity over a wealthy, hype-machine fueled, reality TV star might be to say, some anonymous, confused, likely bullied 15-year-old kid in Forest Lake. Does conventional thinking, namely that “all publicity is good publicity,” apply in the Jenner case? Is there a downside, or at least a periphery of concern, that straight-arrow Main Street might absorb the Jenner media circus in any way counter-effective to a better, more sympathetic understanding of the “little trans people” of the world? That may be another way of asking if the latent cynicism attached to all things Kardashian negatively colors what is otherwise a teachable moment.

From a brief survey of people in gay and gender academia and publishing, the answer seems to be: apparently not.

Stephen Rocheford has published the local gay oriented magazine Lavender for 20 years. He was in the midst of getting out the year’s biggest issue, in advance of Pride Week, when he said, “This business with Jenner is every bit as big as Rock Hudson telling the world he was gay and had AIDS back in the ‘80s. It’s a good thing because it forces people to confront and then talk about something they’re unfamiliar and uncomfortable with. 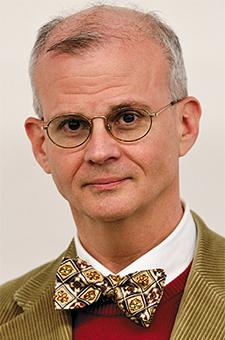 “Sure, in this case, with transgender, there are far fewer people affected by it. But that only adds to their sense of isolation. When you have someone as famous as Jenner, and I’m old enough enough to remember when he was famous for being this All-American athlete, coming out and explaining himself the way he has, that’s all positive as far as I’m concerned. And yes, I think in the end it does help the kid in Forest Lake.

“I’ve been running this magazine for 20 years and every year we run articles and talk about transgender far out of proportion with the numbers in society, because of what I said about discomfort. And I mean in the gay as well as the straight community. Because it’s uncomfortable is the reason why you need to talk about it.”

At Augsburg, Mike Grewe runs the school’s LGBTQIA Student Services. For those of you unfamiliar with the term, that’s Lesbian, Gay, Bisexual, Transgender, Queer, Intersex and Asexual — or a bit beyond the merely “gay” when Bruce Jenner won his Olympic medals.

“I only saw a few clips of the Sawyer interview. But I’ve read a lot of analysis of it and I think she did a good job handling the names and pronouns and being respectful. As for other media, some of it has been great and thoughtful. Some of it, and I can’t give you an example off the top of my head has been unfortunate. But it’s a topic where there’s still a lot of misinformation floating about.

“I thought [‘Orange is the New Black’ star and transgender actress] Laverne Cox wrote something beautiful about Caitlyn Jenner and the Vanity Fair cover on her Tumblr blog, particularly the way she addressed the talk about conventional standards of beauty.” 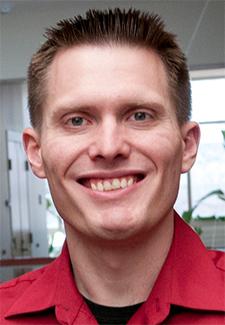 Cox, who appeared on TIME’s cover last year, conceded that very few transgender people will enjoy the styling, lighting and photographic talents of someone like Annie Leibovitz when they come out to the world. Which gets closer to the value of a celebrity glam-o-rama express train smoothing the ground for a baffled teenager no one has ever heard of.

“Of course it doesn’t represent all trans stories,” says Grewe. “But I think, I hope, it provides a way to talk about important issues like access to affordable health care, housing and equal employment.”

Margaret Anderson, who coordinates Augsburg’s international studies, says, “I’ve followed the story because I’m old and know who Bruce Jenner is — or was — not because he’s part of the Kardashian circus. I don’t pay any attention to that.

“And I don’t watch local news much, either. Most of what I’ve read about this has come through Facebook, where it seems to me the coverage has been very positive. Of course, most of my news sources on Facebook reflect my liberal slant on things.

“But I can see your point about the general reaction to anything having to do with that show. I suppose some people might be suspicious. And I don’t doubt he’s had his PR people telling him who to talk to and what to say. But I think the overall impression will be that this is a courageous thing for someone to do, not just because they’re wealthy and famous.”

Demetrius Colvin is part of Macalester’s “Out and Proud” faculty, and the school’s assistant director for multicultural events. “Sure it’s possible some people will generalize about all transgender people based on this story,” he said. “Anytime you take a marginalized people and expose them to the mainstream they are going to be those thinking one size fits all. So I can totally see that happening.

“And even I, when I first heard about Jenner and transgender, knowing he was a part of the Kardashian show, I thought, ‘Is this a hoax?’ I have very low expectations of what some people will do for money. But after hearing him, or Caitlyn, talk I think it’s pretty difficult for anyone to believe he isn’t sincere and hasn’t been thoughtful.”

“I don’t give a damn about the Kardashians. I’ve never seen the show. I prefer to read books,” says Stephen Rocheford. “But I’ll tell you what I have railed about for years, and that’s the way the local media covers events like the Pride Parade. It’s never just the general population. It’s not ordinary people who work at Ameriprise or a grocery store. It’s always shots of ‘dykes on bikes’ and the most outrageous characters they can find. It’s a distortion of the community that drives me nuts. But maybe that’s another story.”

Maybe. But if the context is stereotyping and casual generalization, it’s part of the same conversation.

What does Caitlyn Jenner’s ‘Vanity Fair’ cover mean for the transgender kid in rural Minnesota?