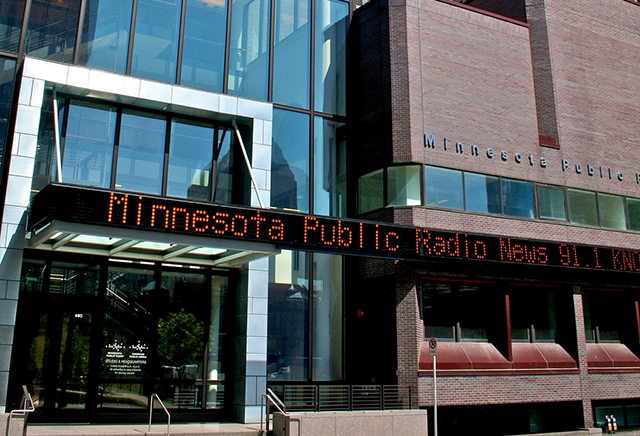 Creative Commons/Tony Webster
One dilemma for MPR is that its audience is so remarkably invested in its programming that any kind of change risks a significant downside.

Here’s McTaggart, the boss, in messages to his staff:

“Between now and the end of July, we will be making changes across the American Public Media Group (APMG) that will enable us to focus our resources in ways that will create stronger and even better experiences for our audiences. We will organize our work differently and set new priorities for how we spend our time and our money. We will stop some programming and create capacity for new content and innovative audience services. We will eliminate and change positions in some departments, and create capacity for new positions in others. … Leaders in each area will implement their decisions and discuss details with you over the coming weeks. Collectively, these changes will enable us to expand our services in health, education and sustainability — adding to our current strengths in business and public affairs journalism, and classical and contemporary music.

We will invest in distinctive on­-demand offerings, in growing and knowing our audiences, and in developing new ways to earn greater support for our public service.

We started this work two years ago when we launched Audiences First, and now we must accelerate our pace of change. …We cannot succeed with ‘business as usual.’”

For all the gung-­ho executive-­speak there, it was difficult for skeptics to read all that without evoking a sense that some things are not right and splendid in the empire. In every other media context, the words, “we will stop some programming” coupled with “we will eliminate and change positions” are immediately translatable to “belt­-tightening” and “retrenchment,” or, put another way, “things aren’t going so well.”

Kansas, a Minnesota native and former Wall Street Journal reporter, sought to dissuade that kind of glass-half­-empty thinking. “We’re expecting to grow in 2016 like we are in 2015,” he said. “I would disagree it’s about ‘belt-tightening.’ It’s more like ‘reallocation.’ ”

He insists MPR (i.e. American Public Media Group) is growing both in terms of revenue and listenership, while conceding that radio, basic live radio (as most traditional radio consumers know it), “is not growing dramatically.” 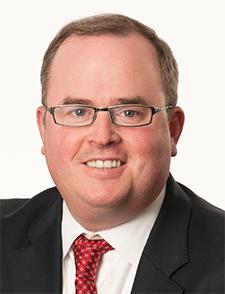 The picture he paints is of a large, multi-faceted operation simply rethinking its business plan and adapting to shifting tastes and technology, which is itself a not-so­-veiled reference to the steadily growing appeal of “on-­demand” programming, which is usually synonymous with “podcasting.” With that particular technology now readily available in cars and understandable even to techno-illiterate geezers, the news and music “service” that fails to exploit the platform in all its iterations is dragging its heels at its peril.

All of public radio, it seems, is still in a dither from the enormous success of “Serial,” last year’s “This American Life” spin-off that proved to be compulsive entertainment — both live and as an “on-demand” podcast. (The show has been re­upped for two more runs, with the second season premiere slated for later this year.) No discussion of the future of radio is now complete without a reference to “Serial,” as though everything produced for “on-demand” has the same pulp appeal as a murder mystery.

“On­-demand,” says Kansas, “is becoming very important at the national level. There’s a lot of work going into building programs and building talent.”

MPR has, of course, been at the “on­-demand” game for a while already. Programming is available at the tap of a (few) screens via its “Infinite Guest” network.

So what more does MPR think it can do with it?

“I can’t get into details right now,” says Kansas.

But he offers the network’s superb coverage of the Archdiocese sex scandals as an example of the kind of investigative work they hope to devote more resources to. Suggestions for future investigative work might include the local business community, a landscape MPR — with its traditionally tight relations with the state’s corporate giants — has rarely probed to the point of discomfort. 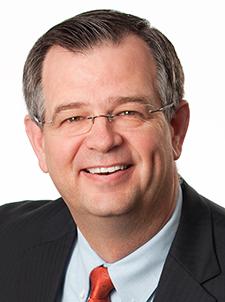 Public radio in general, though, is better positioned for success in an “on-demand” marketplace than most other formats. The various forms of talk radio, for example, are highly transient, feeding off the hot topic of the moment, be it sports, gossip or politics, and then evaporating without a shelf life. As for music: Well, other than the goofball jocks and the giveaways, I for one have a hard time understanding why anyone still listens to music on commercial radio.

But public radio, especially a comparatively well­-financed operation like MPR, with highly-­to­-excessively produced programming on an eclectic array of topics, is a natural for serving the interests of the audience that no longer has to remember to dial in at a precise time to catch the program of its choice.

One dilemma for MPR is that its audience is so remarkably invested in its programming that any kind of change risks a significant downside. (Anecdotally, the persistent kvetching by obsessive-­level listeners over one host or another’s inflections or verbal tics would make rich material for a social psychologist.) Point being, whatever moves MPR makes will be met with howls of literate indignation.

Asked specifically if MPR’s morning line­up of Cathy Wurzer, Kerri Miller and Tom Weber were under consideration for “reallocation,” Kansas said “the morning drill” was unlikely to change.

Probing for Minnesota Public Radio’s financial well­-being is not an easy task, certainly not until tax-filing season. MPR’s pop music station, “The Current” recently staged its annual concert weekend, “Rock the Garden.” (“Current” listeners may have caught one of the approximately 600 promos per hour that the station ran during the months leading up to the June event.)

“How were the proceeds on that one?”

Ironically, in the context of produced programming for the “on demand” consumer, one facet of the live radio game that MPR might consider for re-examination is expanding its role as moderator of the electronic agora in moments of controversial events.

In contrast to the flagrant nitwittery that tends to dominate commercial radio in moments of crisis — the Charleston church massacre being the latest example — MPR’s more, shall we say, “sophisticated demeanor” would provide a true public service by guiding a comprehensive airing of vox populi, more often than it does.

But that’s just an opinion.

What upcoming changes at MPR will actually mean for listeners