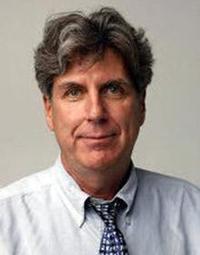 There’s an adage in the news business, one that applies to every reporter who thinks they’re a legend, who thinks that adoring readers will weep and rend their garments when they retire. Something to the effect of: “While a news man (or woman) may be a household name one day, the day after he quits no one will remember he was ever there.”

Paul McEnroe, the Strib’s widely respected, remarkably productive and long-running investigative reporter, may have decided not to test that maxim. Having left the Strib barely two weeks ago in the latest round of buy­outs, McEnroe has signed with KSTP-­TV with the goal of jump­-starting the station’s investigative unit.

I don’t know McEnroe personally, but his work speaks for itself. While his Strib bio touted his special focus on social justice issues — “the child protection system, addicted youth, domestic violence, foster care …” — his investigations went far beyond that, including stories like his exploration of police corruption in Minneapolis (“The Informant”), as well as investigations into the I­-35 bridge collapse, Paul Wellstone’s plane crash and, my personal favorite, the money machine run by Hmong Gen. Vang Pao, a story loaded with no end of potential landmines.

As for leaving the Strib, where to hear him tell it he had nearly everything he wanted, including the time to do the work he liked and the consistent support from a series of editorial managers: “It just came time to, oh, I don’t know, step back, I guess, and think about what I want to do with the rest of my life,” McEnroe said.

“But I’m telling you, I was treated very, very, very well at that paper,” he said. “They gave me great latitude and showed great patience. They gave me what every reporter hopes for, namely, room and the time to think big, think long and think deep. In this age with papers that’s a rare thing. So I’m grateful, yeah.”

McEnroe makes a particular point of complimenting the Cowles family, who owned the place when he started in 1980 (he cops only to being “older than 37”). Likewise, he credits former editor and publisher Joel Kramer, who is MinnPost’s founder and CEO: “He had a huge bucket of patience.”

He also has kind words for current editor Rene Sanchez for signing off on the resources needed to do the stories he wanted to do, “90 percent” of which he says he found on his own by long­-running, regular interaction with sources he identified and cultivated early in their careers.

Says Sanchez of McEnroe: “Paul has had a stellar reporting career here for more than 30 years. He is as good as it gets in investigative reporting. I’m very grateful for all that he’s done — the tenacity and the courage he has shown ­­­to get the truth to our readers.”

Asked to explain how McEnroe’s departure will change the paper’s investigative reporting, Sanchez responded: “In recent years we’ve shifted away from a model in which in-­depth investigative work is only the priority or focus of a very small, open-­portfolio team. Rather, we are striving to make this kind of work a priority across the newsroom, with more reporters pursuing investigative stories that have community consequence. … In Paul’s case, some of the great work he has done recently sprung from his defined coverage turf and investigative mandate — state public safety issues. We also sometimes assemble a team to investigative news that suddenly arises, such as what we’ve done with local terrorism recruiting, as well as what we’re doing now with questions around Title IX and the University of Minnesota.”

Not that it was always a sweet, steady ride for McEnroe. No one who has ever worked in a newsroom would believe that. “But you have to understand how newspapers ebb and flow,” he said. “People leave. New people come in. Sometimes you get caught in the riptide. There were times I felt we didn’t do enough. But that’s a natural complaint of every reporter.”

Natural complaining usually includes those who might be called “the grunts” muttering about the special treatment given to certain stars at the paper. “Yeah. A lot of people see reporters given time to go long and deep and they think it’s an easy thing to do,” said McEnroe. “But it’s just the opposite. Expectations tend to get pretty high when editors have given you a lot of time. They expect it to pay off. But sure, there are people who don’t see your name in the paper every day and they assume you’re sitting on your ass.”

With TV news operating with a vastly smaller news hole and a consultant-­driven predilection for stories with a life­style angle, it’s often assumed that any investment in vigorous “long and deep” investigations will be as much about lip service and marketing as actual work. Despite occasional solid work from people like ​FOX 9’s Jeff Baillon​ (who was joined recently by veteran reporter Tom Lyden on the station’s investigative team), local TV hasn’t had a consistent high­-profile investigative unit since the heyday of WCCO-TV’s “I­-TEAM.”

McEnroe bridled a bit when I joked about getting into “show biz.” While KSTP, with local ownership by the Hubbard family, offers obvious advantages over local competitors who have to account for every nickel to bean counters in New York or Virginia, the station hasn’t exactly covered itself in investigative glory in recent years. (There are some of us who still recall with slack-­jawed amazement their series on the so-­called “Smiley Face Killer,” ​an utterly bogus piece of hysteria­-mongering ​that nevertheless went on to win a regional Emmy.)

That may of course explain why they sought out McEnroe, who will be given an executive producer title along with a three-year contract. Talking from Florida last week, where he was “decompressing”/”working on the [Jacob] Wetterling story,” he says, “[KSTP] convinced me they are committed to doing news in a serious way.”

And yes, he’s says the agreement is specific about his social justice focus (which doesn’t always come with compelling pictures). “What I particularly like is that [KSTP news director Anne] Wittenborg hired a guy named Craig Cheatham as her assistant news director, a guy who has done 16 years of investigative stories down in St. Louis, which is a good news town.

“But I’m excited. This is something new and yet still familiar, and there’s a vacuum for this sort of thing. We’re going to fill it.”