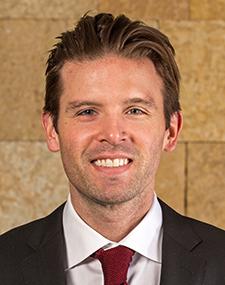 A conversation with Joe Pohlad, CEO of Go Media, pretty much always cuts to the bottom line: “We’re all about millennials.”

While news that Pohlad’s company was launching an all hip-­hop music format on its new station, Go 95.3 FM, may have been met with a collective shrug among those of you who are, shall we say, of the pre-­Kendrick Lamar era, there was palpable excitement among a, uh, younger demographic.

To read some of the coverage, though, you’d think Minneapolis­-St.Paul was some kind of hip-hop-less black hole, despite the presence of two other stations, The Vibe 105, owned by Cumulus Media, a major radio player, and “Hot 102.5” owned by iHeartMedia (formerly Clear Channel, but still controlled by the Mitt Romney-founded Bain Capital, because nothing says hip­-hop like Mitt Romney).

Moreover, the Pohlads have been in the hip-­hop game before, with sister station GO 96.3 (back when it was known as B96), but abandoned it for programming thought to be better suited to match the Twins games that tend to dominate their schedule six months of the year.

With all that, my questions for Pohlad were these:

Given the abundant personal technology obsessively manipulated by so many millennials, what convinced him that there was sufficient revenue stream from the demographic to sustain the format and balance the books on their $8 million investment in the 95.3 signal, which they bought from Praise Broadcasting, a local religious group?

And, what if any other formats did they consider? Specifically, since no other player in the Twin Cities market has bothered to challenge Minnesota Public Radio for older, up­scale adults’ attention and dollars, why not take a shot at a news-talk format that might peel away some of that audience?

After all,​ last summer the Pohlads bought Rick Kupchella’s​ Bring Me the News. It isn’t hard to imagine a highly-­localized hybrid of news matched with a broad, eclectic spectrum of talk that isn’t another “low­-sloping forehead” (™ David Carr) hyper-­partisan political rant channel, but that brings a few notes of levity and impertinence that MPR tends to avoid like cardinal sins.

“We did look at a lot of other formats,” said Pohlad. “But our mission, our plan, is and has been to provide a service to millennials. After looking at all the options, that was the group we decided to continue to target. And target with the content they want in the forms they want, which we’re doing now with both Go 96 and Go 95.”

Pohlad’s basic pitch is that “no one else is playing these two formats,” meaning, again, alternative pop and hip­-hop. The parsing there is that The Vibe and Hot 102 are dedicated to “old-school” hip-­hop not the newer and more local stuff Go 95.3 will be playing; and that Go 96’s alternative format is, well, not the same as MPR’s The Current.

“Basically we’re trying to be all-in on millennials,” he said. “Yes, Spotify and Apple Music are out there, and we know our audience is using them. But we believe we’ll draw them to us by offering services that they can’t, namely a local connection.”

To that end, he said, the Bring Me the News component will undergo some more “tweaking” to satisfy the millennial appetite for news and information, which one hopes is something more intellectually fulfilling than, “How to Make My Butt Look Better in These Jeans.”

So, okay, Pohlad believes there’s enough millennial appetite (i.e. enough millennials still listening to terrestrial radio) to support his investment in another hip­-hop station. But what about taking a shot at MPR’s far better-­heeled crowd? “Well, like I say, we looked at a lot of other formats, but our focus is millennials. A format like you’re talking about is interesting and, frankly, could still be an opportunity. But for us, hip-hop is a better match with Go 96 and the Twins. We truly believe there is a good revenue opportunity with hip-hop.”

In the coverage greeting the arrival of Go 95.3, there seemed to be a suggestion that there would be separate set of station-­promoted concerts for its new hip-­hop brand. “I don’t know where they got that,” says Pohlad, who says he is more interested in a larger summer fest, another Go Fest — likely at Target Field again — blending both alternative and hip hop.

MPR is very tight-­lipped about the financial performance of its events, but a persistent rumor is that last year’s Rock the Garden bash, put on by The Current and the Walker Art Center, did not meet the station’s expectations, money­wise. This couples with complaints from millennials that I know that there simply wasn’t enough star power in the line­up to warrant the trek and ticket price.

If the presence of a hot, big name act is what’s missing, people tend to say: “Hey, the Pohlads have dough, why don’t they pop for a major act?”

“Well,” Pohlad laughs, “I hear that. But this is still a business, where you set a budget and you go about hitting that budget. There’s a lot of competition for summer festivals. But we’re happy with Go Fest. We think it’ll be better than ever next summer.”

Which I guess is a way of saying: “Don’t expect Kendrick Lamar.”