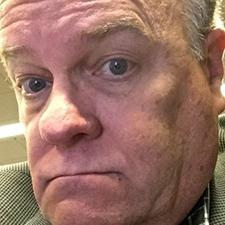 Despite the steady tourist traffic out of Minnesota, Las Vegas is a world apart when it comes to media. What goes on out in Vegas pretty much stays there, as we upright Midwesterners go on about our business.

But Minnesota eyebrows arched late last week when it was announced that former Star Tribune publisher J. Keith Moyer had agreed to step into the roiling cauldron of suspicion that is the editor’s job at the Las Vegas Review-Journal, a paper that — while it will never be confused with the greats — is not nearly as tacky as you might think given its service area.

As you may be aware, the RJ is living in what we can charitably call “interesting times,” what with multi­billionaire casino owner Sheldon Adelson buying the paper last fall for a hefty premium over its perceived value and then shedding newsroom leaders like a drunken frat boy spilling chips in a cheap casino.

Moyer was part of the Strib’s McClatchy era, exiting the building after the private equity firm Avista Capital Partners took over and commenced their, uh, highly problematic run. (In case you’ve forgotten: McClatchy bought the Strib from the Cowles family in 1998 for $1.2 billion. Avista bought it from McClatchy in 2006 for $530 million and filed for bankruptcy in 2009. Current owner Glen Taylor purchased the paper for something just north of $100 million in 2014.)

Messages seeking comment from Moyer haven’t borne fruit as of yet, and it’s easy to understand that he may have bigger issues on his to-­do list. Among the highest priorities will be convincing both the paper’s remaining staff and an intensely curious­-to-­suspicious peer group that he is operating with genuine independence from the aforementioned Mr. Adelson.

A major player on American-­Israeli issues and Republican politics, Adelson’s underlying rationale for buying Las Vegas’s biggest newspaper is the subject of intense speculation — and skepticism. Former St. Paul Pioneer Press editor Ken Doctor, now contributing media analysis to Politico, recently laid out ​the most specific list of issues facing Moyer ​and whomever else he brings into the RJ’s reconstituted news management team:

A new publisher has appeared overnight at the paper, a new editor will be installed as soon as Friday, and, sources tell me, stories involving new owner Sheldon Adelson are being reviewed, changed or killed almost daily. Further, the newsroom is abuzz with word of a list of a half a dozen or so journalists whose work has rubbed Adelson the wrong way over the years, and who may soon be targeted for departure in what one insider describes as a “house­cleaning.” In addition to such departures, the Review­-Journal may see a flurry of resignations sooner than later. …

… Within five hours, the immediate inherent conflicts of Adelson ownership made themselves highly apparent. The Review-­Journal ​reported​ that Adelson had met​ with the ownership of Oakland Raiders football team, hoping to lure them to Las Vegas and into a new ‘public/private’­ funded $1 billion domed stadium.

The new publisher has reviewed each stadium story since, and the stories have seen numerous [newly­ arrived publisher Craig] Moon-directed edits, several sources confirm. Those edits include removing key points of fact on what may turn out to become a $600 million-­plus public investment in a football stadium. At least one stadium story was killed, as well, my sources confirm.

It is near impossible to overestimate the depth of the conflict involved in the Adelson ownership. As a major player in the gaming industry in Las Vegas, Macau and Singapore, top donor to Republican Party candidates and now the booster of a “public-­private” funded football stadium, Adelson­-related stories have appeared in the R­J for years. For years, the paper has “lawyered” each Adelson-­related story, given the magnate’s history of litigiousness​. Now that review is being done in house, with very different results.

Minnesotans of course are appalled by the thought of the state’s biggest daily newspaper using its influence to champion a taxpayer­-supported football stadium. But Adelson is so interwoven with so many national issues of big money and politics it is nigh on to inconceivable that he won’t flex his newspaper’s muscle on his own behalf.

This ​New Yorker story ​is another good backgrounder on why Adelson wants a White House administration sympathetic to his interests.

Moyer’s hiring hadn’t been announced when the paper’s editorial board announced its endorsement last week of Florida Sen. Marco Rubio in advance of the state’s primary. ​Rubio’s fervid courtship of Adelson’s support ​has been an open secret for a long time.

One former Strib reporter who worked under Moyer during the McClatchy era, and who asked not to be identified, said, “Keith’s a smart guy. I thought he was happy living the good life in Orono or wherever it was. I just hope he’s getting paid really well for this, because it looks like nothing but trouble from back here.”