Photo by Nate Ryan
Andrea Swensson of MPR’s The Current is working on, “Got to Be Something Here: Tracing the Roots of the Minneapolis Sound.”

Roughly a month ago, I mentioned ​three books about the local music scene​ either already published or set for release in the near future, all written by gentlemen with local media pedigrees. Well, as these things go, that story led to notes from readers about two other books on the same basic topic, also being written by local people with media connections, and in this case both are women.

So, in the interest of equal time for equal effort:

Andrea Swensson of MPR’s The Current, and host of “​The Local Show” (Sundays 6-­8 p.m.)​ is working on, “Got to Be Something Here: Tracing the Roots of the Minneapolis Sound,” a book for the University of Minnesota Press about the Twin Cities’ gospel, soul, funk and R&B scene, a focus that she says will take her and readers through deeper cultural dimensions than just music. She’s looking at a June 2017 publication date.

“It seemed to me, looking around at other books out there, that this was an area that hadn’t been given nearly as much attention as it deserved. In some ways it almost seemed as though we had erased portions of our history.”

She says she’s been “researching for about a year,” encouraged by Erik Anderson, a U of M Press editor whose name comes up a lot in the context of these kinds of projects. “Erik’s been a huge help,” she said. “He is very interested in Twin cities cultural elements.”

The book will be more of a narrative than similar books in the pipeline. “I’ve developed some over­arching trends, things like racism and integration,” she said. “You can’t ignore them. Once you get into something like this there are so many interconnected socio­political topics.”

As part of her research, Swensson had a conversation with Prince, as well as other mainstays of the scene, including people like Maurice Jaycox and Maurice McKinney, now living out in Oakland. “I was able to collect some memories from Prince about his childhood before his passing, and I am treasuring that conversation now more than ever.”

The project has of course meant digging through the history of St. Paul’s paved-­over Rondo neighborhood and semi-­legendary haunts like the Cozy Bar and King Solomon’s Mines.

“I’m laying it out pretty much chronologically,” she said, “from the early ‘60s through Prince, and I’ve got about 100 photographs so far plus other items, like matchbook covers and things like that. Some of the best came from the family of ​[photographer] Charles Chamblis​. He had over 2,000 images. It was like the guy was at every show.”

Cindy “Cyn” Collins of KFAI fame (she helms “Spin with Cyn,” Tuesday 10 a.m.-­noon, 90.3/106.7 and kfai.org ) is also working on a book, with tales — presumably raucous — of The Suicide Commandos, The Suburbs, Husker Du, Curtiss A and music video director Chuck Statler. 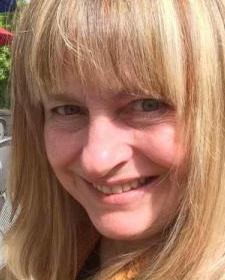 Collins, who already has one book on the market, “West Bank Boogie,” says the Minnesota Historical Society Press approached her “with an idea I’ve been kicking around for a few years.” Her book, an oral history of 23 chapters edited by Josh Leventhal, will, whether intentional or not, be something of a companion piece to Strib music writer Chris Riemenschneider’s forthcoming book on First Avenue: “First Avenue: Five decades as Minnesota’s landmark nightclub.”

Leventhal says there is no explicit connection, but that the ground Collins’ is covering — including the role of venues like Jay’s Longhorn, Duffy’s and Goofy’s Upper Deck — leads pretty much directly to the glory days of First Avenue.

He adds that both the title and publication date of Collins’ book are tentative, but right now they’re liking, “The Birth of Minneapolis Punk and Rock 1974­-1984,” although they might yet go with “Complicated Fun,” the Suicide Commandos standard Collins uses for her KFAI theme music. They’re aiming to have something by the spring of 2017. (Leventhal mentions that photographer Dan Corrigan, also mentioned in the previous column, has a title for his photo book: “Heyday: 35 Years of Music in Minneapolis”).

Like Swensson (and Riemenschneider, and Jim Walsh, with his “Bar Yarns and Manic​­-Depressive Mix Tapes,” mentioned in last month’s column), Collins has tapped into photo vaults from people like Paul Lundgren to add to the nostalgic kick.

Among the local characters Collins is fleshing out, so to speak, is Pete Jesperson, himself something of a legend for his deep-­in-­the­-scene gigs as a DJ at the short­-lived but essential ​Longhorn Bar, manager of Oar Folkjokeopus (now Treehouse Records, caddy corner from the CC Club on 26th and Lyndale) and co­founder of Twin/Tone Records. He was also the guy who’s not­-exactly luxe crash pad was a primary hang­out for rockers of that era. (Jesperson is now an A&R rep with New West Records in Los Angeles, and likely adding to tales he can cram into a book of his own, should he choose.)