Our hearts are filled with grief after the horrific tragedy in Orlando. Keep the victims and their families in your thoughts and prayers.

The aftermath of our all too regular mass homicides follows a familiar pattern. “Thoughts and prayers” are with survivors, victims’ families and the affected city. There are defiant assertions from the horror­struck that, “We will not tolerate this any longer.”

Some politicians call for an end to hate and better coordination between law enforcement agencies. And others, when there’s a whiff of Islamic heritage involved, play the “enemy is here” card, recklessly injecting accelerant into the roiling emotions of the moment.

For the media, standard reaction reporting involves transcribing pretty much all of the above. In the case of the Boston Marathon bombing, the Ft. Hood shooting, Paris, San Bernardino and now Orlando, it’s also standard practice to log the response from leaders of various religious faiths, most of whom encourage restraint and emphasize that Muslims themselves are collateral victims of these atrocities. The good, dutiful notion being to develop a body of sympathy that reflects solidarity among the broader local religious community.

While the Strib and the PiPress haven’t gone the latter route yet, at least when I called Monday, National Public Radio was hitting all the customary notes.

And all that is fine insofar as the objective is to register the solidarity of the community at large. But if the intention is ever to discuss the “perversion of religion,” a common enough refrain today and in past incidents involving radicalized Muslims, there’s at least one group, silent but no longer all that small or irrelevant, that the media rarely draws into these discussions, such as they are: atheists.

“I think we were called once, some time after 9/11,” says August Berkshire. “And no, no one else has called today.”

Berkshire is the founder and past president of ​Minnesota Atheists​. He’s been active in the cause of challenging the belief systems of organized religions since the mid­-1980s and jokes that current membership in the state is “probably around 250,000, although most haven’t paid their dues yet.”

Humor aside, Berkshire, a local delivery truck driver by day, is serious about the value of inserting an atheist perspective into conversations about religiously inspired violence. “Look, prayer didn’t do anything to stop this latest attack and prayer won’t do anything to stop this kind of violence from happening again. All it may do is make some people feel good for a while.” 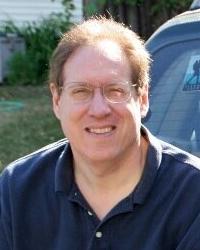 The underlying point of his organization, and that of international atheist figures like ​Richard Dawkins ​and ​Sam Harris​, is that a submissive dedication to the tenets of an organized religion has the downside of people outsourcing their critical thinking to a third party.

Dawkins and Harris are both problematic personalities, offering conventional thinkers no end of opportunities to paint them as Islamophobes for their view that even conventional Islam imbues irrational, counter­productive, anti­-science attitudes toward women and homosexuals.

But if the point is to engender an honest debate, you’d expect the atheist view to at least have a seat at the media table in moments like this. “Look,” says Berkshire, “at their origin, all three of the Abrahamic religions — Christianity, Judaism and Islam — preach and warn against homosexuality. They’re anti­gay. A lot of their followers today may be cafeteria Christians, Jews and Muslims, picking and choosing what they want. But I’m talking at their scriptural origins. We reject that. Atheists reject the teachings of religions for a lot of reasons, but among them is the lack of respect for science. Atheists, if I have to point it out, are very accepting of gay equality and other minority issues. We understand that.”

With ​23 percent of Americans in 2014 ​describing themselves as “nones,” which is to say having no religious affiliation, a nearly 50 percent increase since 2007, the atheist, or agnostic or “nothing in particular” perspective would seem to warrant at least as much regular reporting as what we get on priests, ministers and rabbis, certainly more than the “almost never” Berkshire describes.

Eric Wieffering, the Strib’s assistant managing editor for news, said his paper had no plans to do the usual roundup of clergy reaction to the Orlando massacre, and Jean Hopfensperger, the paper’s designated religion reporter, begged off comment in order to hit a deadline. A call to the Pioneer Press was not returned before this column was filed.

Perhaps the problem with pulling atheists into a conversation about the “perversion of religion” is that spokespeople like Berkshire lack the curriculum vitae of traditional religious leaders. I mean, a guy who drives a truck cheek by jowl in a discussion with a priest, a minister and a rabbi?

But maybe the real issue is that the taint of taboo that still hangs to word “atheist.” Conventional journalism is partial to conventional wisdom and despite the steadily slumping numbers in church/synagogue/mosque attendance — and the rapid increase in those tuning out traditional religious messages — conventional journalistic wisdom has not yet reached a comfort point with overt atheism. Until that point is reached, speculation here is that mainstream news organizations will continue to treat it like a semi-­reputable curiosity.

In times of tragedy, why don’t the media get atheists’ perspective?