A person has distinctly mixed feelings after a conversation with the unit in Washington County tasked with tracking on­line sexual predators.

On the one hand, the sheer numbers — and the appalling details — of what is routinely going on in Minnesota (and most other states) makes you want to lock the doors and take a long hot detergent shower. It’s that bad and that creepy.

On the other hand, thanks to some aggressive initiative and money from a grant, the unit — up and running out of County Attorney Pete Orput’s Stillwater offices since the first of the year — is now playing a more sophisticated game of tracking and identifying predators who troll social media for underage victims, as well as “recovering” kids swept up by such criminals.

Tipped by a Kevin Giles story in the Strib, I made the run to Stillwater to talk with Orput and his team of three, which is led by Imran Ali, an assistant county attorney now in charge of the county’s major crimes division. The key character in Giles’ story was Backpage.com, the long-­notorious “personals” website that was a reliable money­maker for City Pages’ former owners, Village Voice Media, until the company sold off 13 of its weekly papers in 2012. (City Pages has since been bought by the Star Tribune.)

Backpage.com, however, lives on to this day, and as Washington County’s newly ­hired analyst Aimee Schroeder says, it remains far and away the primary site for predatory trolling. She cites nearly 16,000 ads soliciting sex on the site — in the first three months of 2016 alone.

But as members of Washington County’s unit point out, at least Backpage.com — its sleazy profit-­delivering ads withstanding — cooperates with law enforcement when some agency or another identifies contact between an adult and a child. Something you can’t say about dozens of other social media venues.

Before this Washington County unit existed, there was a conspicuous absence of anyone in local law enforcement focusing on culling through the thousands of Backpage.com ads or the literally dozens of apps serving essentially the same deviant clientele. For all the shock and horror respectable citizens express at stories of creeps luring (primarily) young girls into sex, it turns out that the will to apply regular, sustained taxpayer resources to monitoring, collating and reporting on­line activity simply wasn’t there. And still really isn’t: Schroeder’s position is dependent on a two-year grant from the state’s Office for Justice program.

Ali makes a point of saying that since January, every law enforcement entity in Washington County has now designated someone to work on sex trafficking. “And we are very pleased with the cooperation we’ve received,” he said. “People clearly understand the scope of the problem.”

As Ali, Schroeder and assistant county attorney Siv Yurichuk described the breadth (and depths) of the social media trafficking problem, what begins to gnaw at you most is how poorly informed parents are.

Raise your hand if you, a parent of a teenager, has heard of Hornet, whispr, Kick or MeetMe. Those four are among the more notable sites Schroeder is monitoring along with the usuals like Backpage, SnapChat, Instagram and craigslist. Her on­going challenge, though — keeping up with the next, latest hot app — is pretty much a game of Whack-A-Mole. One cools off and another rears up. Heck, as Siv Yurichuk says, predators have used sites as innocuous as Words with Friends to meet and connect with victims.

And while many of the kids caught up in sex trafficking come from terrible home conditions ­­ — drug and alcohol abuse, parental sex abuse, you name it ­­— the Washington County trio insist that kids from otherwise normal home environments are just as much at risk, since for many the predator seeking to befriend them is there in their hands, on their phones, most of their waking hours.

“Parents are absolutely clueless about this, how big it is and how easily predators can interact with their children,” Yurichuk says.

The Washington County trio’s prime directive is to identify contact between predators and children and assist work to recover the child from the situation. Apprehension of the perps is police work, and one of the unit’s prominent law enforcement liaisons, thanks to his 20 years’ experience in the realm, is Sgt. Grant Snyder of the Minneapolis police’s Child Abuse Unit. (Snyder was a key figure in Star Tribune writer Pam Louwagie’s excellent ​three­-part 2013 series on sex trafficking, “Saving Bobbi.”) 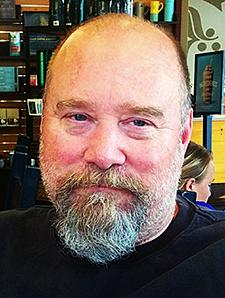 “In the last year every [underage sex] case I’ve been involved with has had social media connections,” says Snyder. “He frequently plays the role of on­line bait, posing as say a 15-year­-old girl looking for love and understanding. After putting up such an ad recently, ‘I had 31 responses from men … in 15 minutes.’ And that is not unusual. I go out and speak to groups, communities, parents all the time and I tell them. ‘If you really want to do something about this you have to know what the environment is like.’”

Very few parents do. The minority of parents who are aware of the peril is far out­numbered by those with only a vague comprehension. And even savvier parents are ill-equipped to keep up with the constantly expanding, evolving social media network. Some because they don’t have the time, and some because they prefer to “trust” their children to know better and use good judgment.

“In my experience,” says Snyder, “Parents are pretty uncomfortable dealing with things like this. Some seem to believe their kids will never be victims of this stuff. And you know, there’s probably a demographic out there that has very good involvement with their kids, but I don’t think I can describe it to you. Because, quite frankly, I don’t see any more governance, if you will, from so­-called good middle-­class parents than anywhere else.

“Sometimes it isn’t about a lousy family environment. It isn’t about abuse or drugs. Sometimes it’s as simple as a 14-year­-old who wants some expensive new shoes. I can’t tell you the number of times I’ve asked some kid why they got into this stuff and it was simply because they wanted some extra money to spend.”

Washington County’s Ali says his unit now has training sessions up “two or three times a week” around the county, getting word out on the size and complexity of the problem.

But if ever there were a serious social media-rooted problem that needed a campaign of sophisticated media consciousness-raising, you think it’d be this one.

Televised Public Service Announcements (PSAs), cautioning kids against smoking, or reminding folks to wear their seat belts, are something of an endangered species in an era when even TV stations need to sell every 30 second spot they have available. And those that do run are often paired with a self­-promotional aspect, with a station personality on camera representing the station’s concern about the problem. Which is not to say that every station is unwilling to do something. John Remes, general manager at KARE-­TV, for example, says, “I’m glad to talk to or visit with anyone about being a part of building awareness about a problem like this.”

TV, of course, may no longer be the go-­to media platform for connecting with busy, easily distracted media consumers. Jorg Pierach, founder and creative director at Fast Horse marketing agency in Minneapolis says, “We haven’t yet produced any TV PSAs, but that does not mean we wouldn’t if approached with the right opportunity. Agencies love doing PSAs, not only because we know we are making a difference with the work, but because they often offer an opportunity to stretch creatively. Our decision to pursue such an opportunity hinges on both available resources and whether our people are passionate about the cause. No doubt the problem of sex trafficking is one that we would put our resources behind. All of that said, TV PSAs represent a pretty narrow way to educate about such issues. … The media landscape has changed dramatically, and there many more avenues for engagement and education.

“TV is still powerful, but I doubt it would be the only medium we’d recommend for such a campaign. Good video content can live in many places now. Placement really depends on audience for the campaign and resources. In this case, I have no doubt that the cops are right about the effectiveness of a parental education campaign. But we’d certainly suggest a much broader campaign than they might be envisioning.”

It can’t happen too soon.