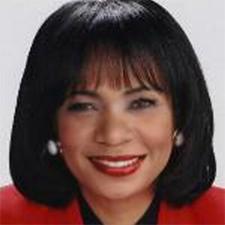 There’s an interesting second draft of the timeline behind “Who had the Wetterling story first?” But it will have to wait. Because in our celebrity absorbed times, a bizarre, tone-deaf comment about a TV reporter’s pants — her skinny jeans to be exact — has set off a social media firestorm.

Over past few days, the local Twitterverse exploded over Star Tribune gossip columnist C.J.’s latest, uh, exceedingly strange take on the appearance and performance of our local TV personalities. By Thursday the explosion had gone national.

Two days earlier, on Tuesday, C.J. filed a since-deleted column quarreling with KARE-­TV’s Jana Shortal’s choice of jeans as she reported on developments in the Wetterling case. The outrage was instantaneous.

As of dawn Friday, the Strib had taken down the column and both the paper and C.J. had issued apologies, while readers of Shortal’s Facebook page had rung up 46,000 “likes” and over 6,700 “shares.” Worth noting is the presence of several of C.J.’s Strib newsroom colleagues among the many attaching their names to expressions of anger and embarrassment over the column.

That’s what you call “going viral.”

C.J., who briefly engaged in what for her was a fairly routine snarkfest with critics on Twitter, has now left on what I’m told is a scheduled two-week holiday. Her critics are demanding that this time Strib management make the vacation permanent.

The incident probably would not have carried the weight it has were it not for the context of the Wetterling story. (For many of us who saw Shortal’s report — call me woefully oblivious — the jeans never even registered.) But the combination of a gossip columnist making an issue of another woman’s clothing in the middle of a report on an enormously emotional crime story struck notes of sexism, cluelessness — which is to say a profound absence of newsworthiness — and a petty cruelty bordering on bullying, as many have said.

The “bullying” seems a bit of reach given the snarky shots TV reporters take all the time. But that’s the way Shortal saw it and said so in her response to C.J., or as she prefers, “You whose name I will never write again.”

The real issues, as I see them, are these:

How did this particular column get past a Strib editor? And why — after years of similar incidents in columns notable for their intertwined qualities of inanity and petty cruelty — does the paper continue to feature C.J. as prominently as it does? Is she really providing so unique and valuable a service?

Via e­mail, Strib editor Rene Sanchez responded to my questions with this: “Here’s all I can tell you at this point: Shortly after this column item was published … we removed it because senior editors did not believe it met our standards. We have apologized privately and publicly to Jana Shortal, and to readers as well. It was a mistake and we’re sorry for it.”

(Shortal’s boss at KARE-TV, Jane Helmke, would only say, “I know Jana appreciates the support she’s received and the apology from the Star Tribune.”)

Among the arguments for keeping C.J. on the gossip beat is actually a fairly simple one. Modern newsrooms, particularly in Minnesota, are still predominantly white. As the paper’s highest-profile African ­American employee, C.J. regularly features names and references to people of color, names that likely would not be appearing with any kind of regularity in other areas of the Strib. She provides the entirely valid and valuable service of providing coverage to a community and raising the paper’s profile among such readers.

You can argue that the same editorial strategy applies to high school hockey, hunting, gardening or any of a dozen other specialized beats. An argument could also be made that C.J.’s column is not specifically focused on people of color so much as it is simply targeting celebrities, hence … well, Jana Shortal, TV reporter in skinny jeans.

But a common enough complaint from (white) readers of C.J.’s column is, “Who are these people?”

The thing is, there was a time not so long ago when daily papers were hyper-aware and concerned with both the diversity of their own newsroom and the ethnic composition of the sources quoted by their reporters. Counts were actually kept.

The more contacts with, quotes from and references to people in communities of color the better. And who’s to argue with that? Daily papers are general interest publications. Reporters who enhanced those numbers build a unique value for their papers and for themselves.

Yet the issue of C.J.’s race and gender is a minefield, perhaps one that only a fool wanders into. At a time when “a frank and open discussion of race” is supposedly part of our long overdue national therapy, however, the fact is that it’s a question directly attached to a more common one: “How does C.J. get away with this stuff?” It is so attached that it deserves to be asked out loud if only to try to get a definitive, on­-the-­record response from her managers.

If there’s an irony to C.J. and the paper taking so much heat over something as seemingly trivial as skinny jeans, it’s that there are so many earlier examples of much more cringe­ inducing cruelty. Several regimes prior to the current Strib management, C.J. memorably waded into the divorce proceedings of a former colleague, columnist Nick Coleman, with a perspective decidedly unflattering to him.

How that rose to the level of newsworthiness and got past an editor, I still don’t know. But it did, and bizarre, discomfiting copy that feels like personal grudges at work still does in C.J.’s columns. (I seriously doubt the Strib would print anything about the divorce proceedings of a sitting politician unless there was some clear hook of gross hypocrisy.)

Within the frequently ungenerous community of local journalists, comments are often heard about C.J.’s “odd,” “aloof,” “chip­-on­-the­-shoulder” personality, and how those qualities have worsened over the years she’s been doing the column. Obviously, it takes a special personality to both care about and write about the topics she does. But it is also worth remembering that C.J. routinely receives venomously racist correspondence from your neighbors — the reading public. If you’re horrified by the Strib’s anonymous commenters, C.J.’s in­box is far worse, according to people who have seen it.

All that aside, and that’s a lot, my primary stylistic complaint about C.J.’s column and the way the Strib allows it to run, is not its numbing inanity: the local market is flooded with news of no great relevance or value to anyone. Rather, it is the lack of modulating humor. Just because it’s inane gossip with little or no news value, does that mean it has to read like the scoldings of disciplinarian?

There was an era when gossip columns, full of catty references to the rich and famous, were irresistible reading. They allowed us to laugh, or snigger at the foibles of people we usually envied. There isn’t much of that around anymore. Daily newspapers have homogenized a lot of catty humor out the door (which explains some of the popularity of the internet).

But I fail to see how homogenization excuses a column with a reputation for regularly being both inane and cruel, often simultaneously.