Allow me to apologize for the déjà vu quality of what follows.

The Pioneer Press has gone through (yet) another round of buyouts, this time including Dan Kelly, author of the paper’s quirky, popular 25-year-old Bulletin Board column. Simultaneously, staffers have re-revved their campaign to entice a local buyer to separate it once and for all from the hedge funds and distant corporate interests whose insistence on 1995-style return on investment (ROI) is possible only by the relentless cutting of personnel and resources.

Not only does all this sound familiar, it is familiar. These days, the squeeze comes from Alden Global Capital, but the avaricious hedge fund story line goes back 20 years, to the squeeze Bruce Sherman, via Performance Management Capital and Legg-Mason, put on the PiPress’ then owners, Knight Ridder. (Here’s the Washington Post’s Allan Sloan on Sherman’s later-in-the-game metrics. And here’s one from Gabriel Sherman, lately receiving hosannas for his coverage of Fox News’ various sexual-harassment scandals. )

PiPress outdoors writer Dave Orrick is the unit officer for The Minnesota Newspaper and Communications Guild (aka “The Guild”). The basic question-to-reporter, is, “Is anything really going on with this search for a local owner? Or is it all wistful and wishful?”

“No, there’s progress,” he says. “I think anyone like you and me in the chattering classes thinks everyone who knows anything about the paper has looked at it and made a decision. But this effort has generated fresh interest. It has made contact with people who might want to buy or just want to help.

“I can’t get into detail for obvious reasons. But right now there is more than one credible, interested party. That doesn’t mean anything yet, and we still have to regard this as a long shot at best. But there are people who are taking an interest.”

Orrick, who reminds readers he isn’t privy to anyone’s books, can’t say if any of this interest has advanced to the point of the “credible parties” talking serious numbers with Alden Global. He does say that there have been people who have looked at the PiPress’ predicament — already a weak competitor to the Star Tribune — and concluded, “If the only way to make money is to keep cutting, I’m not interested in doing that.”

He also believes the paper hasn’t fully explored every variation of the online paywall strategy as a way to infuse more revenue.

Orrick insists the case made to the paper’s tire kickers is that it is still possible to turn a profit with the PiPress at the size it is, provided your idea of ROI isn’t 10-15 percent and you can live with 2-3 percent. Which, when you’re talking about deep-pocketed characters habituated to earnings in the high single digits at minimum, kind of puts the pitch into the “community service” category. As in, “this is a better town with two papers.”

Veteran metro columnist Ruben Rosario, kind of the emotional heart of the newsroom, says: “Let’s be real. What person who wants to make a lot of money has newspapers at the top of their list of things to invest in? That isn’t why they’d make a move like this.”

The “do right by your community” appeal is also a familiar chord in the PiPress’ struggle for survival. It is — and you’ve heard this one before too — umbilically attached to the belief that the Twin Cities’ east metro is best served by a paper dedicated to its interests.

Rosario reiterates, “There’s still a lot of good talent here. I think you’d describe the general attitude as ‘realistic.’ The people who are left are continuing to slug away. They’ve still got the scrappy underdog thing going for them. We may have lost more than 200 in a decade, but that doesn’t mean you can’t still do great journalism with the people you’ve got.”

That’s all well, good and brave. But as Rosario adds, budgets are so tight, never mind sending someone down to Texas if there’s an important local angle to a story, “We’re lucky if we can send somebody to Bemidji.”

In that context, and with deer hunting season opening Saturday, it’s startling to hear Orrick say he is largely stepping away from the outdoors beat, at least temporarily. While he, as an avid hunter, will be out at dawn’s early light, he won’t be filing anything for the PiPress, resources being what they are.

“The outdoors beat is essentially suspended,” he says. “I’ll be doing tremendously less on that, at least for the next several months.” Via its agreement with the Forum News Service, Orrick expects readers to see more copy from the likes of Sam Cook of the Duluth News Tribune.

The next facet of the lamentably familiar conversation is how much the current staff, in the context of schmoozing possible buyers or simply among themselves, have re-imagined a truly sustainable newsroom? What are the absolute must-cover beats? What beats, if we’re getting real, are expendable even assuming a community service-minded owner willing to live with rate-of-inflation level profit margins?

Both Orrick and Rosario emphasize focused coverage of the east metro. But does that include high school sports, business comings and goings, (“We don’t have anything like a business desk right now,” says Orrick), restaurants and various other lifestyle matters, not to mention hunting and fishing? Is all that truly essential? 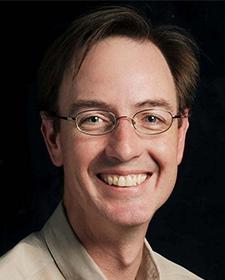 And in that context, how do you assess the value of something like Kelly’s Bulletin Board, a labor of personal love that became a locus for a remarkable volume of community interaction, precisely the sort of thing a paper needs to sustain loyalty in its audience? If traffic numbers mean anything in today’s digital news world, does a  “gimmick” like Bulletin Board transcend the importance of high school hockey? A case can be made.

(BTW, Kelly, in a long farewell last Saturday announced, “Bulletin Board will continue, as always, daily (possibly more often; occasionally less often), online only, at a new website that I will operate as a project independent of the newspaper. It will be, yes, different. I, too, will miss the newsprint in my hands. But the new Bulletin Board has the potential to be, in several ways, a better different. I’ll be able to use more items (unlimited space!); all of the full-color pictures will appear in full color — and I can use more than one per day; and there will be no earthly reason it must remain exclusively Minnesota- and Wisconsin-focused. I’m looking forward to it. I was ready to leave my other duties here, and especially the commuting — but I couldn’t let the Bulletin Board conversation die out; it means too much to me — and, I hope, to you. This is the new site: BBonward.com. Please visit it. Bookmark it.)”

Finally, in the for what it’s worth department, both Orrick and Rosario express sympathy for editor Mike Burbach’s situation, a predicament within a predicament. “He’s between a rock and hard place,” says Rosario. ‘Kind of like [FBI Director Jim] Comey. He’s not a rah-rah kind of guy. But he’s been aboveboard and he’s earnest. He’s not pulling any punches.”

“It’s a crappy job,” is how Orrick puts it. “He’s running a proud institution and he is not being given the resources to do it. But he is one of the major reasons we have not had layoffs after layoffs. As bad as this has been, the cuts have been handled in about as humanitarian a way as anyone possibly could, through attrition and voluntary buyouts.”

And that folks, is small consolation, which you’ve also heard before.

The PiPress faces familiar woes, including more buyouts — and the search for a local owner