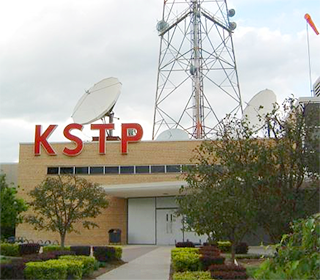 It is entirely understandable if, indeed, the reason the University of Minnesota football team backed off its short-lived boycott of the Holiday Bowl was because they, like us, read the details of “the incident” involving (an as yet undetermined) number of their teammates in the EOAA (Equal Opportunity and Affirmative Action) report leaked to KSTP-TV.

If something like that doesn’t change your thinking about camaraderie and solidarity, nothing will.

As Minnesota Daily Editor Dylan Scott says, “This looks like one of those stories that is going to go on for another couple months, at least.” And with Hennepin County Attorney Mike Freeman now revisiting “the incident,” as most of the press so chastely referred to it in its first moments, it is very hard to see it fading from attention any time soon. (If the suspended players’ attorney follows through with his threat to sue the young woman involved, he’ll be guaranteeing years of notoriety for the case — far beyond what the suspended players have already been through.)

The legal essentials of whom to believe — the woman, the players or the eyes of whoever sees the videos in question — will be hashed out elsewhere. Our purpose here is to look at questions around the leaking of the EOAA report.

Anne Wittenborg, news director for KSTP-TV, says only that the report was leaked to one of her reporters last Thursday. She won’t say which reporter, but the natural assumption is that ex-Strib investigative reporter Paul McEnroe, now at KSTP, was involved in some way.

“We had a meeting with our investigative team Friday morning,” Wittenborg says. “We had to authenticate it, obviously. We also met with our legal team and our general manager. And after some discussion the decision was made to go with it, to put it up on our website.”

She added that putting documentation up on the site is a fairly standard procedure.

Offsetting standard concerns about violating the privacy or rights of everyone involved — since Hennepin County had declined to charge any of the players — was the fact that the EOAA report painted a picture starkly at odds with what little the public knew at that moment, and that the public had an appetite for a lot more clarity than what had been offered until then.

“The crux of what made us make the decision [to post the report] was that the U had named the players,” said Wittenborg. “By that time, there were so many people involved. Players and parents, the administration at the U. And we had someone say that the athletic director [Mark Coyle] hadn’t yet read the [EOAA] report. I can’t confirm that, and the U isn’t saying. But everyone, including our legal team, found the report to be pretty disgusting and eye-opening. It was just so different than what the police had laid out.”

That said, for all the reasons Wittenborg explains — i.e. intense interest in a story related to a public institution, coupled with dramatically divergent descriptions of what went on from two separate authorities — the decision to wade into graphic description was warranted.

For what it’s worth, Reusse took flak from MPR’s Bob Collins and others for suggesting that millennials aren’t as shocked by what occurred as boomers like him. But Reusse raises a provocative question related to a lot of other things younger generations have been exposed to virtually their entire lives. Reading the details, you do begin to wonder how much both genders have become acculturated to what their elders regard as appalling skeeziness? (The famous “Cool Girl” riff in Gillian Flynn’s “Gone Girl” keeps running through my head as I try to make sense of this mess.)

For his part, Dylan Scott and his team at The Daily decided against putting the EOAA report up on their site on the grounds that it could contribute to further victimization of the woman involved and because, well, it was already up on KSTP’s site.

“We considered redacting parts of it,” he says (though the names and several other identifying details already were). “We agreed that the public has a right to know what’s in there. But for our purposes, it was enough that [the report] was already out there.”