Important stuff you really need to know about:

In addition to Franco, who will play twin brothers, the eight-episode HBO series (premiere TBD) gets some dramatic gravitas from the presence of Maggie Gyllenhaal as a hooker with, if not a heart of gold, a plan to cash in in bigger ways than working a Times Square street corner. The promo hype says “The Deuce” will explore​, “the rough-and-tumble world that existed in midtown Manhattan until the rise of HIV, the violence of the cocaine epidemic and a rejuvenated real estate market ended the bawdy turbulence.”

Not to be left out of the not-exactly novel “exploration” of sex in every imaginable permutation, Showtime has a deal with mega-producer Jerry Bruckheimer and playwright/filmmaker Neil LaBute, a guy with what might described as a realpolitik view of the clash of the genders. Their idea?” A reboot of “American Gigolo,” the old Richard Gere flick about a male hooker working the hardscrabble streets of West L.A.

Critics and watchdogs for cynical exploitation have good reason to keep their antennae up for these two and every other show “exploring” what men and women … and women and women and men and men do when they get together. But the Simon series, given his reputation as a sharp-eyed (and sharp-eared) observer of the lower depths of cultural function, comes with a higher level of expectation. 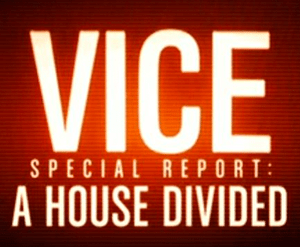 I should probably wait until after watching it tonight, but as a heads-up to interested viewers — which is to say anyone who believes we’ll be saying goodbye to one of the most thoughtful men to ever work out of the Oval Office come Jan. 20 — you might want to check out Vice’s 75-minute documentary, “Vice Special Report: A House Divided,” tonight at 9 p.m. on HBO. It’s a walk down memory lane of the Obama years. Vice’s obstreperous CEO Shane Smith (in a suit and tie!) interviews Obama as well as several of his most torturous adversaries, the latter being the principal architects of eight years of dysfunction, as some ​have said.

Talking to Variety ​about the symbiotic relationship between manipulators and the media, Smith — who I concede a fascinated with because he’s a “disrupter” who has proven capable of actually delivering product — said: “If you go and scream bloody murder, then it’s just more entertaining than plain, logical, centrist, functional politics, and so this crazy cycle has started, and who knows where it’s going to end?”

Related to The Vice interview, as well as a plug for his daily media news round-up, I direct you to the ​comments of Jim Warren of the Poynter Institute​. (If you’re unfamiliar with Warren, ​part of his bio reads: “Former managing editor and Washington Bureau Chief, Chicago Tribune. Former Washington Bureau Chief, New York Daily News. Current or former contributor to The Atlantic, Huffington Post, Vanity Fair, Daily Beast, CNN, MSNBC and Fox News.”)

Warren says the Vice documentary “sets an early, high standard for the inevitable long-form TV dissections of the Obama era. It’s more a combination of C-SPAN/Frontline than what you’d figure from idiosyncratic and opinionated Vice. This is a detailed, even vaguely wonkish look at issues and tactics that led to the partisan rancor in Congress the past eight years.”

But with the other hand Warren taketh away. He adds: “It gives so much airtime to Obama’s GOP antagonists, notably Boehner and former U.S. Rep.​ Eric Cantor​, it lends undue credibility to their arguments. On the stimulus alone, Obama gave them their $300 billion in tax cuts. The Republican leaders’ grousing about being victimized by Obama partisanship is very much a crock. Check [Politico writer Michael] Grunwald’s own very good book, ‘​The New New Deal.​’

“And, on Obamacare, it doesn’t take you to the obvious conclusions merited by Cantor’s pledge of GOP intransigence and his side’s bogus claims of ‘death panels,’ a government ‘takeover’ of health care and spiraling deficits. For example, this doesn’t underscore that the death panels claims were baloney and the whole plan actually reduced deficits.

“Finally, two things. First, to place the government shutdown in the context of partisan disarray is errant. It was about one side’s total intransigence (on the debt ceiling).”

Warren also acknowledges the irony in accusing Vice and Smith of being too passive and “balanced.”

Finally, for the “Westworld” geeks out there, a couple shout outs to the better commentary on the Series. In ​The Guardian, Paul MacInnes ​writes, “Westworld is a hit. Viewing figures released this week​confirmed that the first season of HBO’s sci-fi western drama received a bigger audience than any other debut in the channel’s history. The same applies in the UK with Sky Atlantic. In the past seven days, Westworld has been nominated at the Writers Guild of America awards, with Golden Globes sure to follow. Its 10-episode run has been marked by an endless stream of online conversation and content. By any definition it has gone well. But I’d go further and say that Westworld is the defining piece of TV in 2016.”

MacInnes goes on to say: “The producers deliberately reached out to an audience that enjoys obsessing. They knew some fans would watch the show again and again on their laptops. They knew they would freeze-frame the screen and zoom in on details that would pass the casual viewer by. From there the fans would try to make connections, to unravel the mysteries, to find deeper meaning. Things were left uncertain enough that people could believe what they wanted. Whether a theory was ‘true’ was less important than the fact that someone believed in it. Sound familiar?

“I’m not calling HBO a purveyor of fake news, and neither am I suggesting that Westworld has been captured by the alt-right like Pepe the Frog. But the drama has certainly tapped into an audience of young people who love video games and cracking codes, and understands both technology and identity politics.”

Then, as an example of why the show is ​so much fun, and why it lingers so long after the fade-out, ​Rachel Becker for The Verge​ gets into Robert Ford (Anthony Hopkins’) little art history lesson during the final episode.

She writes, “He explains that Michelangelo’s painting, the Creation of Adam, ​​contains a hidden symbol​: the shape of a brain outlined by God’s billowing shroud. Ford’s message seems to be that consciousness is the true gift that a creator can give its creation.

“Consciousness is the true gift. The ​Westworld writers didn’t come up with this metaphor out of the blue. In fact, gynecologist Frank Lynn Meshberger floated the theory more than two decades ago in the​​ Journal of the American Medical Association. And there’s some controversy, too: a rival group of researchers believe the shape is actually a uterus. … The painting that Ford references, the ​Creation of Adam, is one of the many biblical scenes depicted on the ceiling of the​​ Sistine Chapel​ in the Vatican. In it, God’s hand is outstretched to Adam — possibly to deliver the spark of life. But Meshberger floats an alternative explanation in​​ his essay​: that the spark God gave to Adam in this painting wasn’t just life, but also intellect. After all, Michelangelo had written in his sonnets that he thought intellect was a divine gift — and there was a brain right there in the painting. God is, in fact, sitting on it.

If you were to drop an axe on someone’s head, with the front of blade landing neatly between the eyes and the handle exiting the back of the skull, the exposed brain bits would look a lot like the red circle behind God and the angels, says Meshberger.”