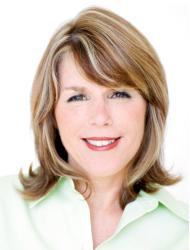 Without piling on a lot of hyperbolic adjectives, it’s a fair bet that first 100 days of the Donald J. Trump administration are going to be one interesting ride. WNYC and MPR are certain enough of it that they will offer listeners a 14-week slate of new evening programming, a line-up of shows and hosts that includes MPR’s Kerri Miller and longtime Wisconsin conservative radio host Charlie Sykes.

Under the presumably not ironic heading of “Indivisible,” the official statement says, “The shows are designed to convene a nightly national conversation during a time of change. Analysts and policymakers will appear as guests, but the format will be driven by listeners. … ‘Indivisible’ will air on public radio stations across the country Mondays-Thursdays — with a different host/theme each night of the week, including WNYC’s Brian Lehrer, MPR News’s Kerri Miller, editors from The Economist, and Charlie Sykes — longtime conservative talk radio host. And WNYC’s Kai Wright … .”

Miller says WNYC, New York’s dominant public radio station, approached her bosses, who have been preaching the gospel of “being nimble” to their newsroom, meaning reacting quickly to developments and opportunities. “I like that. I think it’s a smart way to go, and something like this is a perfect example of adapting quickly to what’s going on in the world.” (The deal also relieves Miller of responsibilities to MPR’s 10 AM show over those 14 weeks. Filling in will be Joshua Johnson, who is replacing Diane Rehm at WAMU in D.C.)

“For me,” says Miller, “this is a chance to get into places and talk to voters, Americans I never get a chance to hear from. I mean, we’re going to be on stations in Kansas, Ohio, and Boston. They’re going after Texas. We’ll be going into places where listeners have some very different experiences with issues I’ll be bringing up.”

The press line on her one-hour 7 p.m. Thursday night gig says, “Miller will examine American identity at this moment of change. Who is a part of the national narrative, who feels left out, and how might our long-term sense of ourselves change?”

But, hmmm. Does “very different” really describe what still be a public radio audience, in these extraordinarily bifurcated times?

“Well, that’s true,” said Miller. “But I think part of the effort here is to get out beyond the usual orbit and draw other people into the conversation. With the interest in Donald Trump the hope is that we can get people who want some enlightened conversation about what all this means. I hope they give us a shot.”

“I’m going to make a concerted effort to book guests from beyond the Beltway. I think the rest of America has a hard time getting in on the conversation when it’s Washington and New York-centric.”

Charlie Sykes’ situation is rather more embroiled than Miller’s. Essentially Mr. Conservative to a generation of Wisconsin radio listeners, Sykes — whose show will run Wednesdays at 7 pm — underwent a kind of Saul-on-the-road-to-Damascus transformation last year. Or maybe it’s more correct to say it was his listeners who transformed after years of blinding light, moving ever further right and into a full embrace of Donald Trump. Whatever, it left Sykes, who sees no coherent conservatism in Trump, without the audience he wanted to talk to. (Here’s a Politico piece on Sykes’ predicament as of last summer.)

He says the pitch from WNYC was “this crazy idea” of dropping someone like him, a practitioner of the Bill Buckley arts of conservative thinking, into the NPR bosom. Having signed off WTMJ in Milwaukee last year, the workload of one hour a week (as opposed to 17 and a half for 25 years) didn’t seem particularly daunting. “I’m assuming this is going to be a somewhat different audience for me, and frankly I’m hoping it’ll be more diverse. That’s one of the things that appeals to me. Having a conversation with people across the spectrum.”

Sykes has made no secret of the antipathy directed at him by former fans, many of whom were severely upset with his refusal to embrace Trump. Meanwhile, he’s intrigued by how his colleagues in the right-wing talk caucus are struggling to figure exactly how to play to the Trump audience. A crowd that only wants to hear how Trump, few people’s idea of a conservative, will make America great again.

“Those I talk to are pretty confused right now,” he says of other talk show hosts. “They don’t know if they’re going to be cheerleaders for Trump. Or whether they’re going to be independent, and how much independence the audience is going to allow them to have. And quite frankly I’m looking forward to not having to worry about that.”

His best guess is that conservative talk hosts are going to have a very difficult time “holding Trump accountable,” as they promised to do before the November election. “I think the tribalism of American politics and of media audiences is kind of intense right now. I think it’s going to be a very interesting time for them. I mean, I’m sitting here trying to figure out what Trump is saying about health care, and I have no idea. None at all. I can’t figure it out. So it’s kind of luxury for me not to have to talk about it. But it’ll be interesting to see if conservative talkers feel they have to be fully on board the Trump train, arguing against any and all heretics and dissenters.”

He jokes that he isn’t so much regarded as an apostate among his fellow conservative talkers as he has the feeling of being “excommunicated.” He reiterates what he has been saying quite publicly for the past year, namely that he isn’t the one who changed. “I’m saying the same things today I’ve said for 20 years. A lot of other people have bowed to the business imperatives of the talk radio industry,” i.e. moving ever further right, almost in a competition to see who can be more outrageous and thereby grab audience share. “I just wasn’t prepared to do that.”

He concedes, though, a certain level of sympathy for his former colleagues and competitors. “I know the incredible level of pressure every talk show host had to fall into line with Trump. You follow the audience from social media. You could see where it was going. It was very, very intense. So when I watched other hosts change their positions [to align themselves more favorably with Trump believers], I understood what was going on.”

Sykes says he’s pounding away at a deadline for a book due at the end of the month, one of the themes of which is, “Whatever happened to Bill Buckley style conservatism?”

He says, ruefully, “I expect one of the criticisms of the book will be that I haven’t moved on from the Buckley type conservatism.”

“It’s a variation of a question I often ask. How did you get from William F. Buckley to Sean Hannity? Or from Edmund Burke to Ann Coulter? Something has happened here. It certainly wasn’t the movement I signed up for.”

Adding to the suspicion of Sykes’ slide into apostasy is his recent deal as a regular contributor to liberal-leaning MSNBC, an arrangement he says is set up well to fit around his book deadlines and now his public radio adventure.

Unlike Miller, Sykes plans, best best he can, to watch the action of the moment before booking guests. But on his list is another thoughtful conservative apostate: former George W. Bush speechwriter David Frum.