It was nearly two decades ago when U.S. Sens. Paul Wellstone (D-Minn.) and Pete Domenici (R-N.M.), the political “odd couple,” took the torch from first lady Rosalynn Carter and joined forces to advance a Mental Health Parity and Addiction Equity Act. Their inspiration was in part personal: Wellstone’s older brother had struggled with mental illness, and Domenici’s daughter had been diagnosed with atypical schizophrenia.

After many stops and starts, much give-and-take across the aisle, and the successful hand-off to yet a new generation of advocates, their hard work reached a milestone Friday morning with the Obama administration’s issuance of final rules (PDF) to implement the law, which “requires parity between mental health or substance use disorder benefits and medical/surgical benefits with respect to financial requirements and treatment limitations under group health plans and group and individual health insurance coverage.”

U.S. Health and Human Services Secretary Kathleen Sebelius made the announcement during her keynote address to the 29th Annual Rosalynn Carter Symposium on Mental Health Policy at the Carter Center in Atlanta, Ga.

Even for her, it was personal: “In the last six months I’ve actually had two of my family members experience crises,” she told the attendees. “Both of them were eventually able to receive help and support because they had resources and family and friends to turn to. But in either case it wasn’t easy. And the hand-off from crisis to stabilization to community support was rocky at best.”

Among the highlights she outlined:

It is, she said, “the largest expansion of behavioral health coverage in a generation.” But the work is not over, she said, citing the need to ensure implementation of the law and support advances in neuroscience and efforts to overcome stigma.

“Just think for a moment how different things would be if everyone felt like they could access treatment without the fear of being judged. Imagine what it would mean if people felt as comfortable saying they were going for counseling as they do saying they’re going for a flu shot or physical therapy.”

‘A labor of love’

Former U.S. Rep. Jim Ramstad (R-Minn.), who paired up with U.S. Rep. Patrick Kennedy (D-R.I.) on the House side of the parity effort, said in an interview Friday that it renewed his faith in the government’s ability to get something done.

“To my knowledge, there has been nothing in the last several years of a major nature like this that has been passed with such bipartisan support,” he said. “On a policy level, this proves it can still be done.”

Ramstad praised the work of Carol McDaid, leader of the Parity NOW coalition, and of David Wellstone, the late senator’s son, who, along with a host of others drove the Wellstone-Domenici bill through its passage in 2008 and kept the heat on all the way through to implementation.

Ramstad said his own part in the effort, inspired in part by his recovery from alcoholism, was and will always be “a labor of love. That’s how we stay sober. We’ve got to give back, and that’s part of my giving back. I’m just grateful I was in a position to do so. Patrick [Kennedy] and I are going to continue our work together. We still have a long ways to go, especially on the stigma.”

Minnesotans in the field of behavioral care were studying the implementation rules Friday and finding evidence that their years of advocacy had paid off.

Sue Abderholden, executive director of the National Alliance on Mental Illness Minnesota (NAMI MN), praised the transparency requirements, and the fact that the “full scope of medical services” had been included.

“I’m pleased,” she said. It really is about time. Now we can try to figure out, ‘How do we make sure that mental health benefits and substance use disorder treatment really are viewed the same under a health plan?’ Now we have more guidance. There will be many years of work left on this. Implementation is a huge issue.

“I know we’re not done with this work, but this is a giant step forward.”

Worth the long wait

“I am excited. I have been waiting for this,” she said. “I worked with Paul [Wellstone], and after he died, I spent a lot of time working with David Wellstone on getting the bill passed in 2008.” 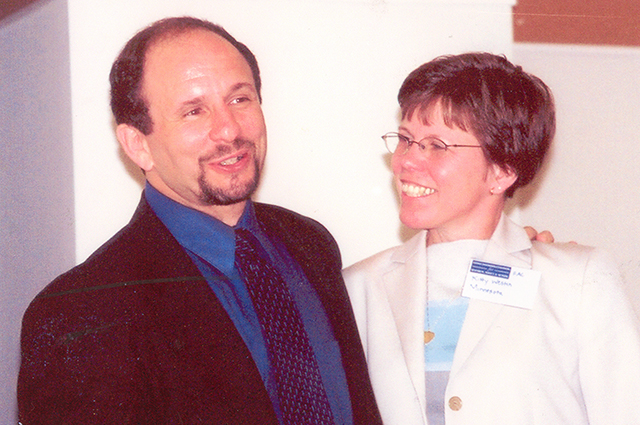 Courtesy of the Westin familySen. Paul Wellstone and Kitty Westin in a photo from 2000. 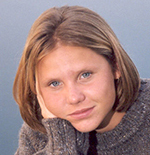 Courtesy of the Westin familyAnna Westin

The Westin family’s story has become legendary in the fight for parity. Kitty’s daughter, Anna Westin, had struggled with anorexia as a teenager and relapsed when she was 20 years old. She then got caught in a nightmarish “revolving door” of in- and outpatient care, with her parents and doctors at odds with the insurance company over what was needed. Afraid of becoming a burden to her family, Anna committed suicide in 2000.

Since then, Kitty and her family have worked to make some sense of the tragedy.

A milestone for mental-health parity: ‘Final rule’ is announced