Traci Hackmann says her attraction to the mental-health field and affinity for kids with mental illness seem to have come naturally to her. But she’s willing to speculate that her early childhood and upbringing in an Iowa farm community may have played a small part.

She also became accustomed to perpetually awkward social situations that generated such questions as: “How come you don’t know how to spell your mom’s name?” and “Who are we supposed to call in case of an emergency?” It didn’t help matters that one stepsister bore her same name (fortunately spelled with a “y”). “Did your parents run out of ideas for names?” she was asked.

In her family studies class at Wartburg College in Waverly, Hackmann offered herself up as an example that could not be found in the textbooks. And later, she brought her knowledge of systems and group dynamics to LifeSpan, her transitional day treatment centers for K-12 kids in Burnsville and Shoreview. The centers offer cognitive behavioral group therapy sessions interspersed with classroom time, and are designed for those who are transitioning from a residential or hospital setting, or who aren’t doing well in mainstream school settings.

Hackmann generated (unwanted) attention recently in her efforts to locate a third treatment center in Golden Valley, where fearful neighbors raised objections. She eventually pulled the plug, saying that more welcoming communities had reached out to her. She’s no stranger to controversy: Lifespan sued the Minneapolis and Rosemount-Apple Valley-Eagan school districts in 2012, alleging nonpayment of the treatment center’s teachers. The districts, in turn, argue that they should decide where and how the education should take place. The suit is pending.

Meanwhile, Hackmann says she’ll continue to do what she believes is best for the kids. I caught up with her after spending a half-day with “the kids” at LifeSpan in Burnsville. Here are excerpts from our conversation.

MinnPost: I found the young people at LifeSpan to be more able than most adults I know to identify and articulate their feelings and experiences. I assume that’s no accident? 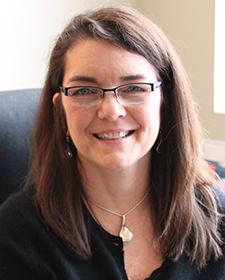 Traci Hackmann: No matter what age you are, when you first start experiencing a mental-health condition, you have to find language to talk about that.

When kids are … ready to go back to a less intensive setting, they need to have the coping skills to be able to support and manage that for themselves. How else would they present themselves or advocate for themselves to someone outside of the system?

Everything from, “I’ve figured out how to talk to other kids” to “I’ve even figured out how to talk to teachers a bit because I go into a classroom setting and I can navigate the academic processes. I even know how to manage my mental health because I talk to clinicians. And now I need to go back into a community … a larger system. How am I going to find the language to advocate for myself or communicate clearly what I need from someone and have that work out OK?”

When the kids say, “I really want to be here,” that’s when I say it’s time for them to go. It’s great that they’ve internalized [everything they have learned here]. Now can they take the next step to say to someone who may not understand them, “I think this, this is how I operate, or this is what I might need.”

MP: Why do you favor group dynamics and a team approach?

TH: Because then you’re all sharing [the work]. Some of the individual work is a real drain. I’m a licensed psychologist, but I’ve never really been interested sitting in an office one-on-one with people – it’s just so intensive. But when you’re doing it with a group, there’s a lot of other folks out there who have a vested interest in seeing [the kids] be successful. Sometimes your expectations can get high, and charged, but you share the investment and [the load] gets a little more lightened.

Because the kids are going to have to find a way to socially interact, a group setting gives them an opportunity to practice those skills, to see how they’re going to work out, to find an opportunity to be successful, or try it again if they’re not. And they can rely on each other. Because they’re at various stages of treatment, some of the kids can be helpful to kids coming in as they are leaving. So it spreads out some of the level of intensity so they can all handle it.

If you get a bunch of new kids at the same time, and they’re all trying to settle in at once, it can be a really intense group – for a few weeks. After a while, it becomes safe to work on their issues, to talk about the deep stuff: “This is what I think about when I’m alone. This is what I struggle with. This is what happens when I’m at home. This is how I create the conflict at home.” So they get to a deeper level.

MP: Where do your referrals come from and who is eligible?

TH: Psychiatrists, psychologists, other therapists, schools, counties, probation officers. Kids come through the medical channels because of the mental-health diagnosis.

But a parent is the only one who can sign a child up. We’re open access. … We answer the phone. We try to prevent as many barriers as possible. If you can’t get access because of a transportation issue, we have a transportation department.

MP: What about children’s educational needs?

TH: We are a mental-health system that has education as a support [not the other way around]. I am not trying to be a school. I am a mental-health clinic with academic supports. It’s an integrated model. Kids who have a significant mental-health condition that has that level of intensity that requires them to come to our program need the academic support not because they might fall behind academically but so that they’re prepared to be back in an academic setting when they’re done and they’ve stabilized those mental-health symptoms. So it normalizes them right back into the setting in which they need to function.

MP: One of your rules is no dating and no fraternizing outside the building. What’s the wisdom behind that?

TH: We work hard with them to say, don’t work on dating because that interferes with your ability to decide what your needs are and how to work on your own stuff. But having healthy relationships is really, really important. I don’t want you to date, but I want you to know how to be a good friend. So let’s practice how to be a good friend. It’s OK to learn about relationships, it’s not OK to let them consume you in a way that prevents you from getting the treatment and the care you need.

MP: How do you know when it’s time for a kid to transition back to school?

TH: Once you start to see a reduction in symptoms. For example, there are kids who shut down. There are kids who want to come in and sleep. We think, wake up, that’s not treatment. And then we say, well wait a minute, they’re here, they’re showing up – that’s progress. It’s a small step. They want to be here. When the kid is showing up and they’re not sleeping or they’re awake for half the day – you see progress.

MP: How do you manage aggressive behavior, and do you screen and assess kids based on such behavior?

Some of that has to do with the change in scenery. It is our responsibility to figure out the underlying issue. There could be six different reasons why that kid is hitting the wall: one’s afraid, one can’t control himself, and one wants to fit in [laughs]. It’s all about figuring out where it’s coming from. If you don’t know where it’s coming from, you’re just chasing them around trying to keep them from putting holes in the wall. It is imperative that you figure that out.

When a kid comes who does have a history of aggression, we sit down with the family during the intake process, get some history, find out what the triggers might be, and put together an intervention plan before they start.

We do hands-on, restrictive procedures [per the state Department of Human Services]. We’re mindful of the child and the size of the child, for their sake as well as the staff. We’re also mindful in our behavioral plan of what we will and won’t do. It’s very kid-specific. There are kids who have had lots of trauma around touch, violence, sexual abuse. Some of those kids we’re not going to do any holds on because that would be re-traumatizing. … There are other kids who think, I’m afraid I can’t control myself, so I need you to control me. But we say nope, come on, you can do this; you want me to sit on you, but that’s not a healthy relationship.

In responding to a safety situation, we are also understanding the therapeutic needs of the child.

MP: What draws you to this field?

If you have cancer, you get treatment for cancer. It doesn’t necessarily mean that you’ll survive it. But it doesn’t mean that you don’t seek treatment and that you don’t get support. With a mental-health diagnosis, you’re also at risk of not surviving. You want to have people along the way who want to help you get treatment, and hopefully not just cross their fingers. They want to be in there with you.