To understand how Minnesota’s Drug Court system is working, you need only to consider this before-and-after scenario.

Before: In March of 2012, Steve B. of Hastings was facing a prison sentence of seven to 10 years on felony charges of possession and sale (to an undercover cop) of methamphetamines. There were restraining orders against him. He had lost his wife, his house, his job in the construction industry, parental rights, and access to his then 5-year-old daughter. He’d been using for five years, was “caught up in the lifestyle,” and keeping company with others on the same hellish trajectory. “I was willing to give up everything for the drug,” he says in retrospect. “I had a good life, and I lost it all.”

After: Last Monday, in Dakota County Adult Drug Court, Steve B. was accepting a round of courtroom applause and personal congratulations from Judge Kathryn Messerich, who told him that he’d be “graduating” March 10 after successfully completing 18 months in the rigorous program. He had done a few months of jail time, finished treatment, remained sober, followed the rules, returned to the work force and recovered his relationship with his daughter. They were going to Disney World, he proudly told the court. “You have really earned this trip,” Messerich told him. “I have to commend you for how hard you have worked to be a good dad. There is one young lady who is going to have a good life because [you] are her dad.”

He was one of four people in the courtroom that day who were told they’d be graduating. “I’m losing all my people,” Messerich said earlier Monday during a team meeting to review the day’s cases. And that was a good thing.

The state’s first drug court was established in Hennepin County in 1996 and has grown to more than 37 specialty courts (including drug, DWI, veterans, family dependency, juvenile and some hybrids) serving more than 30 counties.

The goal is to stop felony drug offenders’ revolving-door interactions with law enforcement and to give them a foothold in a productive, drug-free life. Other goals include improving public safety and reducing the overall costs of illegal drug activity and incarceration.

A 2012 statewide study confirmed that the labor-intensive but cost-effective effort was paying off: The study of 535 participants in 16 different courts who entered drug court between July 2007 and December 2008 found a 37 percent reduction in recidivism rates (compared with nonparticipants); a 47 percent reduction in reconviction rates; a 54 percent graduation rate (62 percent if you exclude Hennepin County); higher rates of completing drug treatment programs and maintaining sobriety; higher rates of employment and educational achievement; and greater command of such life skills and responsibilities as obtaining a driver’s license, locating housing and making child-support payments. Most were diagnosed with drug-use disorders, and slightly less than half also had mental-health diagnoses. 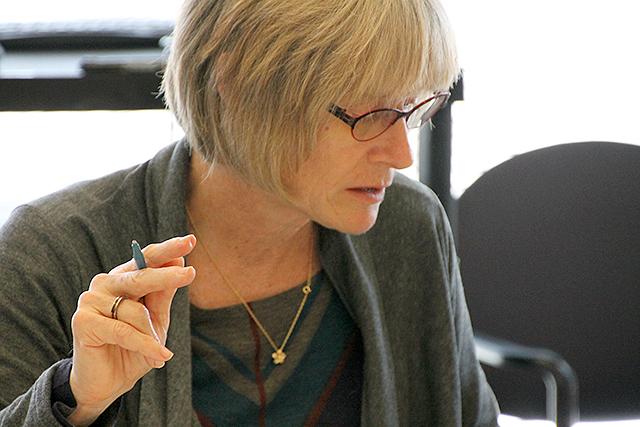 The study also found that incarceration costs (both prison and jail) were about $3,000 less for drug court participants (who oftentimes must also do some time) than nonparticipants.

“Before specialty courts, there was no focus at all on rehabilitating the offenders,” said Dakota County Attorney James Backstrom in an interview last week. “We just did our job, which was to prosecute them, convict them, and put them in jail or prison. And then you didn’t worry about what was going to happen next. But … if we want to keep our communities safe, the most important thing we can do is ensure that these offenders get the help they need for the chemical addictions they have so they don’t break the law again.”

If it takes a village to raise a child, it also takes one to help a repeat felony drug offender break the cycle. Each drug court takes a team approach, with all players at the table – a judge, a prosecutor, a public defender, a law-enforcement official, probation officers, chemical dependency experts, and community volunteers. Traditional adversaries in the courtroom now become advocates – all pulling in the same direction. 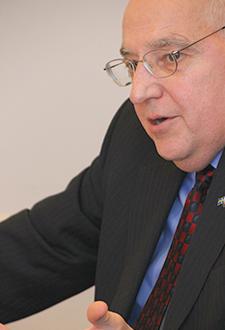 The Dakota County team provides a good example of how it works.

The day’s caseload (last Monday) includes 14 drug-court participants in various stages of program completion. Some are in Phase I, which requires a courtroom appearance every other week before the judge, twice-weekly random urine tests and meetings with probation officers, compliance with all chemical dependency assessments and treatment recommendations, attendance at the pre-court hearing AA meetings, and participation in cognition skills courses – just to name a few of the stringent requirements. Some are in stepped-down phases II and III, and some are ready to graduate. Still others are applying to enter the program, and team members try to gauge each person’s level of motivation and possibility of success. Criminal charges in other jurisdictions are considered, and past crimes are weighed.

To opt in, you must agree to plead guilty. And not everyone is eligible: Those who committed violent crimes, have gang affiliations, sold drugs to children, or caused vehicular homicide need not apply.

It’s clear that the relationships have become quite personal.

The team members take note of any program participant’s life stressors – a child-custody battle, a new job to learn, an illness, a bout of depression. They discuss victories – graduation from school or treatment, reconciliation with a family member, landing a job. They discuss any violations of the program rules. One man whose urine test was positive for cocaine, and who then attributed it to medication that had been prescribed by a doctor, will get seven days in jail – not just for using but for lying about it. (Other possible sanctions include repeating a phase, community service, electronic home monitoring, or termination from the program.) A woman spotted in a liquor store by a county employee will get a stern reminder about the company she keeps and the choices she is making. 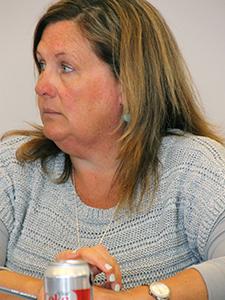 Sure, it gets personal, said Barbara Bauer, drug court coordinator and probation officer. “Sometimes they tell me I’m nosy. We go to their homes. We go to their jobs, if that’s possible. We go to their treatment programs and coordinate with their case managers and therapists. We go to their graduations.” And sometimes there’s a “knock-and-talk” surprise visit from a community police officer. To know them [the program participants] is to “help them figure it out,” she said.

Backstrom agreed, saying that it’s one of the features of drug court that he likes best. “It’s the relationships that you develop with these offenders – letting them know that you believe in them, and that you’re proud of what they’ve accomplished. I think that really helps these individuals get some hope back in their lives. That’s one of the things you lose when you become addicted: hope for your future. You become despondent, depressed. And it’s a cycle that can lead to your death – at a premature age in many cases – or continuing criminal involvement, which we can stop.”

After discussing and deciding on a course of action for each case, the team then heads for the weekly courtroom session (every Monday in Dakota County), where all the program participants and hopefuls sit waiting in the jury box. Some are in handcuffs. A scattering of family members – some in agony, and some filled with pride – also are present.

The mood is mostly upbeat, as Messerich praises the four who will graduate. Her words are authentic and believable and land with impact. 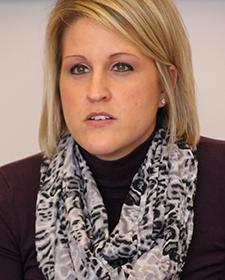 “It’s hard to lose participants who are such good role models,” she tells Steve B.

There are affirmations for others as well:

“You look like you have a sense of calmness about you.”
“I can’t tell you how happy I am to see that smile on your face.”
“You have always impressed me with your energy and focus.”

The county attorney, defense attorney and probation officers also add their words of encouragement. In turn, the participants are given a chance to convey their gratitude and answer the questions, “How did you do it? What advice do you have for others?”

One woman tells Messerich with pride that she has been hired after completing a job-training program and is giving back by volunteering at a halfway house for teens – the very same place where she sought refuge as a teen.

For those who are in violation of the rules, Messerich is firm but not retributive. And even here, she manages to inspire rather than discourage. “This is not just an issue of your health but your freedom,” she tells a man who has been caught using and who will spend the next seven days in jail. “I hope we can get you back on track.”

Backstrom, who participated in the formation of the state’s drug court system and the establishment of its standards, takes a personal interest in its long-term success.

His own family has not been immune from the disease of addiction, he said. An uncle died of alcoholism in his 50s, and a beloved nephew died recently of complications from alcoholism. Though his nephew had been through treatment and was attending AA meetings, he had relapsed. Fearful of being found out, he put off getting treated for a bacterial infection until it was too late to save him. “It’s been terrible,” Backstrom said. “My sister and her family have really struggled – as we all have.”

An even earlier tragedy left its mark, when a young man who had been drinking crashed head-on into Backstrom’s parents’ car. Backstrom was just 19 years old, a college freshman. His father recovered from his injuries, but his mother, who died in 2004, suffered permanent brain damage. “It destroyed my family in many ways,” Backstrom said. “The mother I grew up knowing really wasn’t with me anymore. She was a different mother. I loved her just as much. But she could never say a sentence for the rest of her life. She could never walk normally. She could never move her right hand again. She suffered every day for the final 31 years of her life because of a poor decision a young man made.”

Backstrom says he sometimes wonders what became of the young man who caused the accident: “I’ve always wondered if he really, fully understood the extent of the damage he caused to my mother and my family. I hope he didn’t have any further violations, and I hope he lived a good life.”

As he wonders, perhaps he can take some comfort from Steve B., who said of the Dakota County Drug Court team: “They gave me the strength. They cared for me when I couldn’t care for myself.”

Drug Courts in Minnesota: Smart on crime, not ‘soft on crime’