The relatively small but passionate crowd of about 200 that gathered Tuesday in the State Capitol Rotunda for Recovery Day on the Hill was “out of the closet” and ready to make some change.

“Whether you are one of the 23 million Americans in recovery from addiction to alcohol or other drugs, a family member, or an ally, it’s time for us to stand up, speak out and take part,” Nell Hurley, executive director of Minnesota Recovery Connection, told the assembled. Quoting another recovery advocate, she said: “By our silence we let other people define who we are.”

Rep. Jim Abeler, R-Anoka, had some advice for how to approach legislators: “Tell them, ‘I can, I will, I do, I’m here. I’m making a difference. … And, by the way, you need us in your work force.’ … The fight you fight today is the fight somebody else is going to have to fight tomorrow. I stick up for you; a lot of us stick up for you. Never quit fighting … never quit doing.”

Legislative measures that are high on the list of recovery advocates’ priorities this session include: 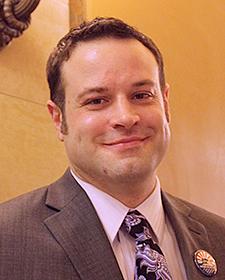 Rob Stewart, a University of Minnesota graduate student in sociology, addressed the latter issue, making the case that his time as a drug felon had been served, that he was now a contributing member of society (“in recovery for six and a half years”), and that he should be treated as such.

“Imagine this hypothetical,” he said: “Imagine for a second that you’re an 18-year-old kid. You get involved in drugs. You get busted. And then you get 30 years of probation. You wouldn’t be able to vote until 2044. To put that into context, consider that 30 years ago, Ronald Reagan was running for his second term in office. That’s a long time to be excluded from decisions that have a direct impact on your life.

“Like many of us here, my felony record does not define the person that I am today,” he said to sustained applause. 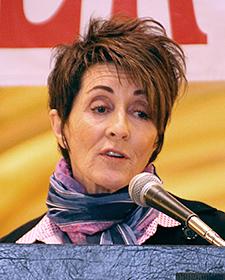 Michon Jenkin, a volunteer for the Steve Rummler Hope Foundation (for whom Steve’s Law is named), channeled her personal loss and pain into her plea for the 911 Good Samaritan + Naloxone measure. Jenkin told the story of her daughter, Ashley, who died last year of a heroin overdose. Like many who die from overdose, Ashley was not alone. But the person with her was on probation and had upcoming court dates, and so was reluctant to call the police. That person, whose life Ashley had saved with a 911 call the very day before when he was overdosing, did not call 911 until several hours after Ashley had died.

“We all adored her,” Jenkin said of Ashley. “She was a daughter, a granddaughter, a niece, a cousin, a friend. We were all blessed to have her in our lives. … Addiction is a disease. It is not a moral failing. It has no boundaries. And like many other diseases, it is treatable. We can recover.”

The treatment and recovery community has been relatively quiet on the issue of a measure to legalize medical marijuana. But the Minnesota Association of Resources for Recovery and Chemical Health (a professional association) issued a press release before Tuesday’s event, saying that while it does not object to the medical use of cannabinoids, it opposes the use of the term “medical marijuana” and “strongly opposes” the legalization of marijuana for recreational use.

Meanwhile, back in the Rotunda, dozens were willing to “put a face on recovery” by sharing their stories. Here are just a few: 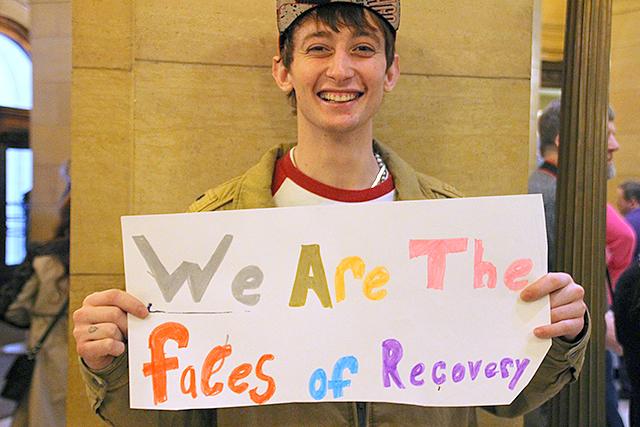 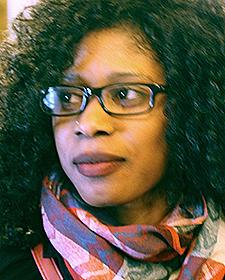 I’m here because I love recovery. I want to be sober, find a better way of life. I’m in treatment right now – I’m 90 days sober. [Before recovery] it was miserable. I either wound up in jail or was doing something stupid. I haven’t been to jail in over three or four months, so that’s a good thing. I want to open my own bike shop. I love bikes – that’s my passion.

I’m here from Progress Valley [addiction treatment center] with some of our clients to hear about recovery, to represent recovery. [Progress Valley] allows clients to be sober, get treatment and also work at the same time. [I’m drawn to the field because] of my own personal struggle with addiction. I’m just really glad to be here. 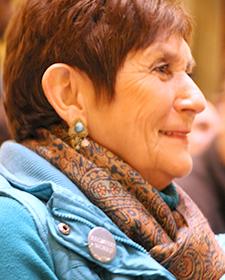 I became a recovery coach three years after my oldest son died of an opiate overdose in 2007. What gives me hope about the fact that there can be some change is Minnesota Recovery Connection, so I’ve been involved with them since 2010. It’s where I got my recovery coach training, and they of course introduced me to Recovery Day on the Hill and all the advocacy things I could be involved in order to help. Today I’m … lobbying for the 911 Good Samaritan + Naloxone bill.

Jackie: I’m in recovery – nine and a half years. I’m here to support … any positive change for recovery, like insurance [for treatment].

My life before recovery was nothing but hiding, sneaking and drinking. … I was married; that was a nightmare. I had a job that I knew was coming to an end. I had no friends because the only friend I wanted was alcohol. My goal was to drink, pass out, wake up, and do it again.

I came here [to Minnesota] for treatment. I went to treatment for five months, then went to a sober house. I just started to do positive things. I was able to get my respiratory therapist license transferred from Maryland. I have a job at a hospital that I love. I met my husband in recovery. I have friends.

The best part is, when I call my children or they call me, we answer the phone. 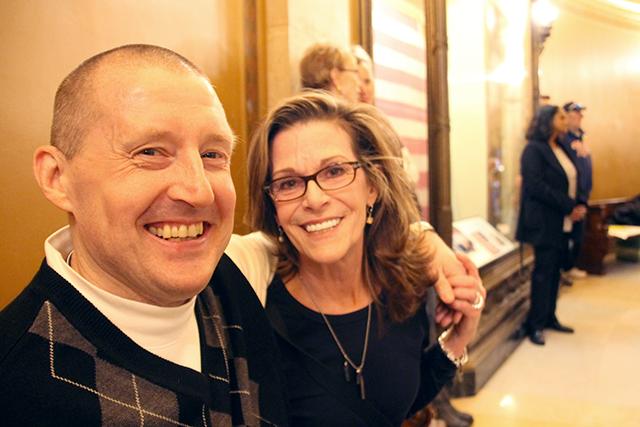 Ken: I work at an organization in Minneapolis called NuWay. We provide residential and outpatient care for …  a segment of the population that is fairly chronic – meaning most clients have experienced multiple treatments, very little resources, are on the street, [with] difficult chemical and mental health issues (they go hand in hand). Although the law [addiction equity act] is there, we don’t know what teeth it has yet. …

I too came here for treatment over nine years ago. Very similar to my wife’s story, my life was pretty much over – in the sense that most people think about living: I had no job, no friends, no nothing. … What I was able to do here is to learn how to be a competent, functioning member of society again. …  I’m a person in long-term recovery and what that means for me is that I show up to work every day, I answer the phone, I pay my taxes, I take the car to the garage, and I’m a good husband.

I know how to show up and be a part of this marriage.

Recovery Day on the Hill: Claiming their due as citizens and loved ones