In 1996, Dr. Anne Gearity, an early childhood development specialist, arrived at Washburn Center for Children in Minneapolis to help frayed and fractured staff members figure out why they were not having more success with their chronically agitated young clients. 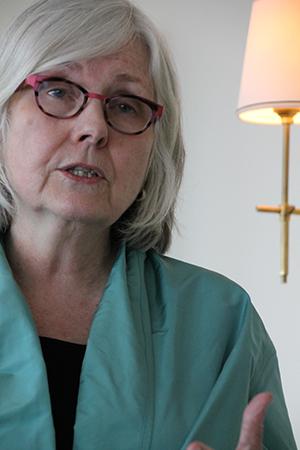 “The staff was incredibly committed, and really interested in kids,” Gearity said during a presentation this week to Washburn board members and volunteers. “But they were getting bad outcomes, and they were discouraged.” There had been one high-profile resignation, and most staff members who had direct contact with children were burning out after about two years.

During one famous episode, Gearity said, staff struggled to persuade a small boy, a known “darter” in perpetual fear-flight mode, to board the bus home. As soon as he seemed willing, four adults (taking no chances) escorted him to the bus idling patiently in front of the building at 24th and Nicollet. The boy ran up the steps … and kept running — right down the aisle through a back door, over the roof of a car, and all the way to St. Paul to his aunt’s house.

(As apocryphal as “The Boy and the Bus” might sound, it really did happen, staff members said.)

Gearity’s challenge was to aggregate, absorb and convey the greatest and latest in early development research and guide the staff in discovering a new way to intervene with severely at-risk children who had been exiled for their aggressive, disruptive behaviors. It would not be easy. “A paradigm shift is always hard,” Gearity said. “Asking people to change is like asking fish to jump out of water.”

But the staff was curious and willing, Gearity said. “And we started to shift.”

When Gearity joined the nonprofit day treatment center, it was already more than 100 years old, with deep roots in the community. Like many treatment centers at the time, Washburn employed what’s known as the contingency reinforcement model: “If you do this, then this happens.”

One cornerstone of the model was the “time-out box,” regularly in use at Washburn.

Gearity was starting to see that there was little point in placing these children in an empty room and asking them to figure it out. “The problem with contingency reinforcement,” she said, “is that it’s predicated on the first contingency, which is, ‘If you need me, I will help.’ And we had a lot of kids who did not have that contingency in place. And so we were caught in this cycle of reaction and response.”

One day, staffers who were picking up on Gearity’s signals showed up at her office door. The exchange went a little something like this:

Staff:  But if we take it down, if we stop doing this, it will be chaos.

Gearity: I really don’t think so, but let’s try.

It was a “leap of faith,” Program Director and COO Tom Steinmetz said in a recollection that Gearity read aloud:

“The decision to get rid of the time-out room, and then actually going in and ripping it out, was … something I argued against at first because my concern was about safety — the safety of the staff, and … how to contain the kids’ behavior when they were out of control. Because I didn’t see another alternative or understand another way of handling those situations.

“And so we did. We went in and we ripped it out. We told the kids we were going to do it, and on Saturday we went in there with crowbars and sledgehammers. We took the kids in [the new open space] the day they got back on Monday, and the look on their faces was a thing that I really, really remember, which was a combination of awe and relief. There was just this enormous sense that things would be different, that there was a better way, and that the source of fear was gone. That was the big leaping off point for me, this leap of faith, which felt real familiar to the kind of leap the kids had to make.”

With the teardown, the team was one step closer to a new model that they would call “Developmental Repair.”

Over the course of the next three years, staff members continued to educate themselves about why at-risk kids adopt aggressive behaviors.

“These are children who really need to feel like they need to be in control,” Gearity said.  “When you listen to their life stories, you understand why. When they act in control, it’s very easy for adults to see them as being oppositional or conduct-disordered or anti-social. But the source of the control is really out of their own fear and trauma.”

As the Developmental Repair model began to take shape, the tools for intervention and the strategies for interaction all flowed from three foundational, agreed-upon principles.

Risk must be mediated: In mediating risks to children, the team members took both a practical and philosophical approach. They first decided that their best chances of success lay with the youngest children — the so-called 3 to third-grade group.

Next the team had to accept its limitations. “Everyone who comes to day treatment has been kicked out of someplace,” Gearity said. “And they all have enormous risks. We talk about them as our sweet felons. ….  They’re not just having a hard time at home, they’re having a hard time in the community. They’re already identified as failing. And their histories are tragic lists of everything that can go wrong. We knew we couldn’t change the [external] risks. We had to have a resilience model.”

The answer became: “It’s not learning to change the stress outside, it’s learning better ways to manage the stress inside. That’s a profound statement. How can we expect a 5-year-old, a 6-year-old, a 7-year-old to do this? But they do.”

To illustrate, Gearity told the story of a 5-year-old who had no one to wake him in the morning, help him get dressed or get him to the bus on time. In spite of phone calls to child protection and social workers about the obvious neglect, it became clear that there would be no intervention. Gearity addressed the problem by giving the boy an alarm clock. “And when he got to us, we’d give him breakfast,” she said.

Self-regulation is key: This neuropsychological capacity, or rather the lack of it, is central to understanding the need for developmental repair. Gearity explains:

“We were having children who should be able to maintain reasonable degrees of self-regulation, but they couldn’t. And we had to go back. We had to ask, how do most children learn self-regulation? The caregiver does it for the baby, and then over hundreds and hundreds and hundreds of experiences, the baby starts to participate. We talk about dyadic regulation. … Toddler parents always talk about ‘we.’ ‘We need to go potty.’ ‘We need to go to bed.’ So it’s in that shared experience that children become more and more regulated so that they get to what’s known as guided regulation (“you can do it”), and then to self-regulation. We had children who had never climbed this ladder and were chronically disregulated. So we said, that’s our target.”

Once the target was identified, the tools became clear, especially “joining” with the children instead of banishing them when they go “off the charts.” Washburn’s “Developmental Repair” training manual (which thousands have downloaded for free) suggests a number of tools for quieting high-intensity arousal, including breathing slowly and intentionally (children will copy this instinctively), providing reassuring words to quiet fury and panic (“I hear you, you’re telling me that wasn’t OK”), or shifting attention with repetitive play (such as tossing a ball). They key is to “remain physically nearby as the storm passes through.”

As regulation is restored, the staff then seeks to help children “find their minds,” a process called “mentalizing.” This involves giving children a language and a shared story for what they and others are experiencing. An example: “I want you to have the toy and I’m looking for it. You think no one will help you but I am thinking I will.”

After many hundreds of painstaking and patient interactions, the children learn “not only to trust others but also how their own minds influence how they think, how they feel and how they act.” No longer are they “random stimulus machines.” A frequently asked question (of the staff) is: Has the child hired you yet? “You can’t do anything until the child hires you as someone they’re willing to try to trust,” Gearity said.

Kids must stay in the community:  Kids spend only half-days at Washburn, and the rest of their day in school. The decision to keep them in school for part of the day, though financially costly, was deliberate, said Gearity, who is not a fan of daylong-treatment programs.

Keeping them in school isn’t always easy, Gearity said. “They are known as ‘the wild things.’ They’re often the kids teachers want to get rid of. There’s a research finding that describes these children as ‘lifelong anti-social behavior by age 5.’ That’s the category. We said, whoa, that is not what we want to reinforce. We’ve got to give these kids a chance.”

This means spending time on outreach and collaboration, she said. Toward that end, the staff members go to the children’s schools on Fridays.

After about one year, a majority of Washburn kids are able to make a successful, full-time return to school, said Executive Director Steve Lepinski.

When Washburn staff members move into their brand-new, 55,000-square-foot, $24.5 million building late this year, they’ll take with them a well-developed treatment model and seasoned staffers, some of whom now boast more than a decade or two of service. 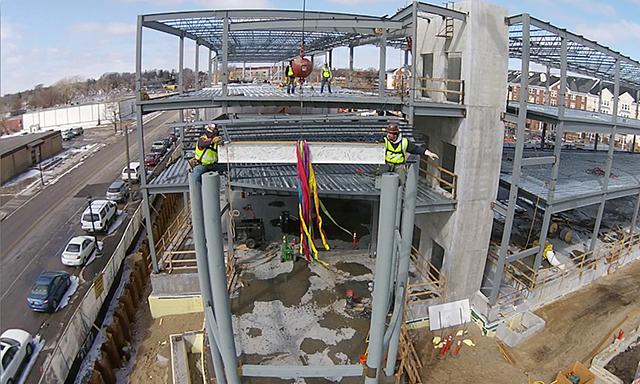 The new facility, at Glenwood and Dupont Avenues, will double the size of Washburn’s current space, which now serves more than 2,700 children a year (55 percent of whom are low-income). A training institute for mental health professionals and other caregivers is part of the new-building plans.

Gearity still visits the staff once a week. “We talk about what’s happening. Sometimes we laugh, sometimes we have very intellectual conversations, sometimes we cry, sometimes we sit and look like deer in the headlights because we can’t believe what’s going on. And we comfort each other, we keep each other company. … We know when we look at the stress biology research, the most effective way to reduce cortisol activation is company.”

Washburn Center for Children: Where ‘the wild things’ are understood