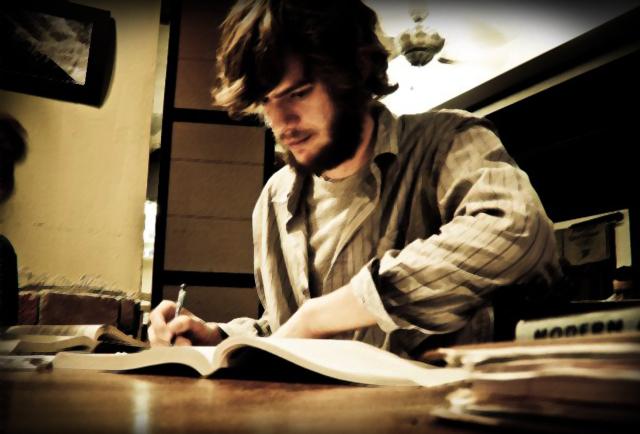 Julie Schumacher, a novelist and creative writing professor at the University of Minnesota, said that the string of campus shootings this spring across the country prompted a friend of hers to say, “We just have to hope for school to be let out very soon.”

The idea that people would be safer because they weren’t in school struck Schumacher as horrifyingly absurd. And it was partly the reason why she took up her nonfiction pen to write an Opinionator piece for The New York Times about her own experience (in 2008) with a student who had been writing disturbing poems (about killing people) and frightening a teaching assistant and classmates. Schumacher, the TA’s supervisor, had been called upon by university administrators to intervene, and ask the question: “Do you plan to harm yourself or anyone else?”

Schumacher’s column, published June 18, has generated almost 600 online comments and dozens of emails to her personal account that revisit post-Virginia Tech debates about First Amendment freedoms, Second Amendment rights, campus supports (or lack thereof) for those in psychological crisis, federal privacy laws and whether or not violent behavior can be predicted.

Schumacher said in an interview Thursday that she was surprised by the volume of comments and emails. “I thought that other people who teach would have something to say about it, and … tell me about similar experiences they have had or useful resources they have come across. But it didn’t occur to me that people would have such strong opinions of many stripes and send them in such great numbers.”

She didn’t read them all, she said. “I just found them kind of overwhelming.”

Some of the comments are very supportive, commending Schumacher for her courage in addressing the student. Others accuse her of “having a bias against people who go to shooting ranges” (the one hobby her TA’s student could name). And still others accuse her of a lack of empathy. “I have plenty of faults,” she said, “but in the classroom and dealing with students, I definitely err on the side of empathy. I spend a lot of time with my students and I care about them very much. So that [comment] doesn’t make much sense to me.”

In her opinion piece, Schumacher assures readers that she is accustomed to disturbing material from students, including “depictions of sexual assault, addiction and various flavors of violence, some of it otherworldly (sepulchers, werewolves), some of it inspired by slasher films.”

But when does obsession with violence become a red flag? And how do we know when a student might act on such written expressions? 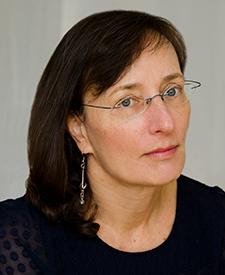 As she prepared to ask “the question,” Schumacher said she went online to see if other colleges or universities had any guidelines for what to do if a creative writing student was producing gratuitously graphic or violent work and straying from the assignments (as this student was doing).

As it turned out, the English faculty at Virginia Tech had generated just such a set of guidelines in the wake of the 2007 massacre on that campus that killed 32 students and faculty members.

Seung-Hui Cho, an English major, had left a trail of poems, plays and other writings that depicted genocide, pedophilia, cannibalism and revenge killings. Then-department Chair Lucinda Roy, who had agreed to tutor him one-on-one after others could no longer handle him in the classroom, said Cho’s writings were “relentlessly accusatory” and filled with “expressions of self-loathing.”

In her 2009 book, “No Right to Remain Silent,” Roy documents her painstaking and often lonely efforts to establish trust and communicate with Cho (who had many complicated mental-health diagnoses that are not linked to aggression or violence), as well as her many frustrated attempts to coordinate some kind of response among the university’s mental-health, security and student affairs departments.

Within months of the killings, the shattered English Department faculty members released a set of guidelines to address the problem of creative writing that corrodes the classroom environment or creates fear that the writer could hurt himself or others.

The guidelines, “Responding to Disturbing Creative Writing,” are read-protected on the Virginia Tech website, but are reproduced or excerpted on other university and college websites, including the University of Colorado, Utah Valley University, University of San Francisco, Luther College and Central Michigan University.

A 2007 article in the online publication Inside Higher-Ed notes “the tightrope its drafters were walking” in crafting a series of questions for professors and others to ask themselves:

The guidelines recommend first talking informally to the student and allowing him or her to put the writing into context, referring the student to counseling if need be, contacting the department director (if the student seems unwilling to seek help), and, finally, involving university administrators.

The guidelines acknowledge: “Some of the greatest writing in the history of our literature, from Catullus to Kafka to Toni Morrison, is deeply disturbing. Intervention with students as a result of writing that pushes limits or is violent should be recommended only when there is genuine and deep concern upon the part of all involved that the writing in question is more of a call for help or a screamed threat than it is in any sense a literary creation.”

Leslie Adrienne Miller, a poet and English professor at St. Thomas University in St. Paul, said she has had more than one experience like Schumacher’s.

One student’s behavior was “continuous and scary — not just to me but to every student in the class,” she said. “I kept a running narrative of what was said and what was happening. That was all we could do: Just keep track of it. I was repeatedly asked, ‘Do you feel [the student] will harm you or anyone?’ I didn’t know. You don’t know. How can you judge?”

She agrees with Schumacher that disturbing writing is nothing new in the creative-writing realm.

“We deal a lot more in personal experience than other teachers do. All the student has to work with in terms of material is their own life. So you are definitely going to see more of what that life is like than any other kind of teacher. I don’t think that means [creative writing students] are more likely to be unstable, it just means that you are more likely to see it. Engineering professors, for example, would never see it, because they’re not seeing the students write about their lives.”

Over her 40 years of teaching, Miller said she’s gotten “pretty good at knowing what’s truly scary and what isn’t. You can tell the difference between a student who’s using their imagination and one who is writing because that’s the way their mind works,” she said.

To help maintain classroom integrity, she sets clear boundaries, especially with younger writers (as does Schumacher), and includes a warning on every syllabus:

Institutional standards of appropriate behavior should be observed in class as well as in all writing turned in for the class. Please consider all writing posted in the class website as public and understand that excessive violence, homicidal or suicidal threats or depictions may be shared with administrators, counselors and/or advisors in an effort to protect the writer and the community.

It’s easy to point fingers after a shooting, Miller said, especially at administrators. But she said she felt “tremendously supported” by St. Thomas and that when she felt a student could become violent the administration did “everything it could within the boundaries of the law.”

Though she understands their purpose, privacy laws, including the Family Educational Rights and Privacy Act of 1974, have tied everyone’s hands, she said.

“My main wish is that the communication between the parents, the counselors, the administrators, the teacher — that whole circle — could be somehow stronger,” Miller said. “Because quite often that person you’re dealing with needs all the help they can get. And if various members of their help community have their hands tied and can’t or can say certain things, it’s really hard to know what’s happening. It’s hard to know whether to be afraid. The truth is you never know.”

Schumacher said that the director of the U of M’s Office for Student Conduct and Academic Integrity had reached out to her after her opinion piece was published. The administration had no problem with what she’d written, she was told. They wanted to start the conversation about how best to support her (and others) in the future.

When should a student’s writing raise red flags?