Mike Schiks had almost 30 years’ experience as an addiction treatment professional under his belt when, eight years ago, he joined Project Turnabout Addiction Recovery Center in Granite Falls, Minnesota, as executive director and CEO.

A seasoned colleague told the enthusiastic newbie to “just shut up for a while, because you don’t know anything about gambling.”

Schiks was not offended. “Teach me,” he said.

Project Turnabout had already been serving “compulsive gamblers” since 1992 — in a separate, 20-bed unit on the now 100-bed (and growing) campus. It’s one of just a few treatment centers in the country that offers specialized, long-term residential/inpatient care for gambling disorder, and the only one of its kind in Minnesota.

Schiks was in a good place to learn. And so he learned — about dopamine and its relationship to gambling disorder, about the unique characteristics and needs of those who are in treatment for gambling, and especially about the blind spots in his own perceptions. “Everybody likes to think they don’t carry judgments,” he said. “But I learned a little bit about the desperation of this population.”

Schiks is not the only one with a learning curve. It was just last year, in the American Psychiatric Association’s updated DSM 5, that “pathological gambling” was renamed “gambling disorder” and placed in the same category as substance-use and addictive disorders. Previously, it had been identified as an “impulse control disorder.”

The change followed a growing body of neuroscientific evidence that showed that gambling works on the brain’s reward system in much the same way as do drugs or alcohol. There are some terrible ironies embedded in the findings: It’s not the reward (money) that generates euphoria in “problem gamblers” so much as the unpredictability of the reward. “Near misses” and even losses are more motivating than big wins. Earlier studies had presaged these findings, showing increased rates of “compulsive gambling” among those who were being treated for Parkinson’s disease with dopamine agonists.

Gambling disorder is not nearly as prevalent as substance use disorders (1 to 5 percent compared with 10 percent of the general population, respectively), but the impact on individuals and families is just as devastating. Simply put: “The crisis that brings gamblers to treatment is that they’re broke,” Schiks said during an interview at Project Turnabout. “A lot of them come in here with suitcases that are made out of paper bags.”

Schiks recalls the 24-year-old homeless man who lost everything but his computer and continued to gamble from his un-winterized cardboard box by hijacking browsers. As well, he recalls the children who learned that their elderly parents’ home was in foreclosure. And the tuition-paying parents who discovered that their child never went to college at all. Though the DSM 5 brings gambling disorder in line with substance-use disorders, labor and disability laws, insurance industry practices and treatment protocols have yet to catch up. Schiks, meanwhile, says he’s proud to be part of an organization that recognizes the need for specialized treatment (despite the fact that those who need it cannot pay). And proud to be in a state that has resources in place for “problem gambling.” 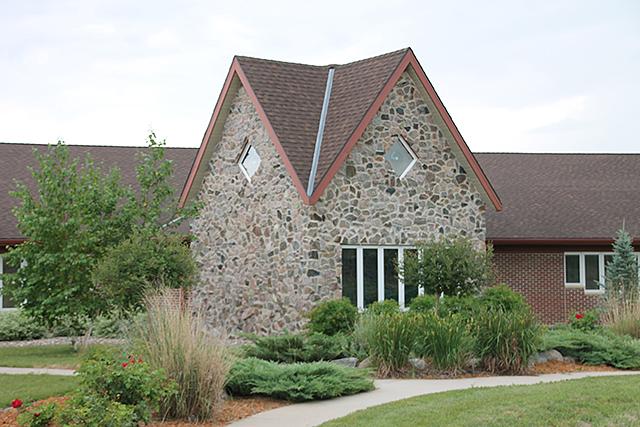 As he continues on his path toward greater understanding, here are some of the things Schiks said he’s learned along the way:

All addictions carry stigma, Schiks said. But most people “have an easier time buying [the idea] that someone can ingest an outside substance, and that that can become an illness, an ‘allergy.’ What I learned over and over again, anecdotally and otherwise, is that these folks [who gamble] just beat themselves up. They use the stigma against themselves.”

As a result, the National Council on Problem Gambling reports that, compared with other types of addiction, rates of suicide are twice as high among those with gambling disorder. Predictably enough, this is disputed by the American Gaming Association.

2. That those with gambling disorder need to be treated separately.

On the relative rarity of treatment centers that offer specialized gambling programs, Schiks says: “Sure, you can mix gamblers in with the alcohol and drug addicts. Of course, it would probably be only a week before the gamblers would have them doing their laundry for them. Because these folks are strategists.

“A common question is: ‘Is he/she out of action yet?’

3. That casinos are not to blame.

“Unclaimed lottery prize money makes us able to do what we do,” said Schiks, who said that no one in treatment for gambling disorder at Project Turnabout pays more than $900 out of pocket.

4. That treatment has many dimensions.

Is Project Turnabout’s treatment model based on the Twelve Steps of Alcoholics or Gamblers Anonymous? Schiks will not give a simple answer. Instead, he references the work of James Prochaska and Carlo DiClemente, psychologists who posit stages of change: “pre-contemplation, contemplation, preparation, action, maintenance, relapse.”

Schiks won’t say, “We have a Twelve Step model.” He will say, “We have a change model” — one that considers physical, cognitive, psychosocial, spiritual, emotional and many other “dimensions” of addiction and recovery. “This is a rough map — a path through the woods, not a brick sidewalk,” he said.  “People have choice, and they have to find their way. And they will. And they do.”

Here, in his own words, is Schiks’ “rough map,” based on his interpretation of the Twelve Steps of AA and GA: 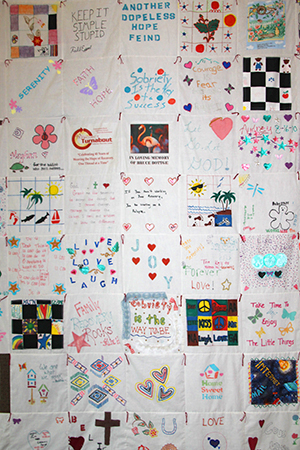 Step One: An admission that I am in over my head. Personalizing that. Understanding that. I don’t care what kind of illness you have. … You’re not even going to go to the doctor for a sore throat unless you are willing to admit that you have a sore throat. You have to admit that! And the doctor will come out and do an assessment, an evaluation, and give you information about it. And in a society that’s continually buzzing about how this [gambling] is normal, and how you’re going to have fun, it’s tricky.

Step Three: Make a decision and commitment to this process. Of what? Of fellowship, of support, of recognizing that there’s a different way. But keep going back to the fact that the solution is that you can’t gamble anymore. You just can’t gamble. That’s part of the problem and the solution.

Step Four: Learning about yourself. What do you have to work with? Dump your baggage, identify your baggage, stop beating yourself up with your baggage. Face your baggage, but also own some of the positives of being a human being.

If you want to make any addict (gambler or alcoholic) cry … you look them in the eye and say, ‘When you put your head down on the pillow — I know it sounds schmaltzy, corny, whatever — I want you to think of four words that we know and that you need to know. And those four words are, “I am worth it.”

Step Five: You’ve got to have a reality test. You’ve got talk to somebody about this stuff so that somebody can say, you’re a little bit out balance. It’s yours; don’t get me wrong. But let’s put it in perspective. You’re not the worst of the worst; you’re not the best of the best.

Steps Six and Seven: Coping skills. We lose that with addiction. What do you do when the urge comes back? What do you do when the resentment comes — “I don’t have any money …”  You go talk to someone. You use this higher power communication — whatever that is, it’s none of our business. How do you cope? You become entirely ready to talk about whatever’s bothering you, and you go out and talk about it. They may not have an answer, but it helps.

Steps Eight and Nine: You make a list of the people you harmed. But who do you put on the top of the list? Yourself. … My God, the courage and the strength. I never met a weak addict. They suck it up and put on a happy face and pretend for years sometimes.

Step Ten: Daily taking a look at how am I doing? Doing pretty good today, not so good last night.

Step Twelve: The most beautiful of all. Hey, guess what? You can help others.

5. Last but not least: That “we’re all in this together.”

Sober for 38 years from an alcohol, cocaine and methedrine addiction, Schiks knows something of the battle. His most recent experience in the field of recovery, he said, has heightened his awareness of “people’s worth and value.”

“We could have abandoned this group … because the census isn’t good enough,” he said of those in treatment for gambling. “And the board [of directors] said these are desperate people, they need something. And I was right there with them.”

As for his own continued recovery, he says:

“I get up in the morning and I sit down in a chair and I look outside and I say, ‘OK, please keep me sober today.’ And I read a little meditation. Sometimes I remember it, sometimes I don’t. And I keep my eyes open for coincidences, because I have found … so many little things, so many little ties. And I prefer to think that some of those things are meant to be.”

To treat gambling disorder, you must dig a little deeper