Advocates have cheered the Affordable Care Act’s expanded coverage for mental health services as an essential benefit. But recent reporting has found that in some states, expanded coverage for these services has translated into a logjam of newly eligible patients who wait months to see providers willing to accept Medicaid recipients.

At the end of August, the New York Times reported on the state of mental health coverage under the Affordable Care Act (ACA) in Louisville, Kentucky. In the article, patients seeking first-time counseling appointments waited as long as seven weeks to see a therapist. Providers reported doubled caseloads and long waits for reimbursement.

Minnesota is often held up as an example of a state that gets health care right. How is the state’s mental-health system handling the latest influx of eligible patients? I asked Glenace Edwall, acting assistant commissioner of Chemical and Mental Health Services, Minnesota Department of Human Services, for her perspective on the issue.

MinnPost: The New York Times reported that in Louisville, Ky., mental health agencies are overwhelmed by requests for appointments from new Medicaid recipients. In the article, waiting lists for therapists and social workers were reported to be long. Is this the case in Minnesota?

Glenace Edwall: In response to this question, we tried to figure out ways that we could pull together any kind of meaningful data.

At the outset, it’s important to note that in Minnesota, Governor Dayton accepted the option for early Medicaid expansion at the beginning of 2011. Then later, in 2014, still more Minnesotans were made eligible for coverage through the Affordable Care Act.

We took a closer look at the Medicaid expansion population. The individuals in that group represented what you would anticipate for the Medicaid population in general.

As best we can tell, none of the traditional routes by which we would track complaints about difficulties accessing mental health care through MinnesotaCare or expanded Medicaid coverage have shown an increased number of complaints. We checked a number of places where complaints could have been recorded. That included looking at the numbers in terms of what mental-health services people in the Medicaid expansion program have been receiving, as well as checking in with our ombudsperson for managed care. The help desk here [at DHS] has no record at all of calls from people saying they have had difficulties accessing mental-health care through MinnesotaCare or expanded Medicaid coverage.

At this time, however, we continue to watch carefully for appeals and other complaints.

MP: So why do you think the story is so different in Minnesota?

GE: Since we did early Medicaid expansion in 2011, that brought in some of the people who had previously been on General Assistance Medical Care and wrapped them into the Medicaid program, which includes mental-health coverage for very low-income single adults. 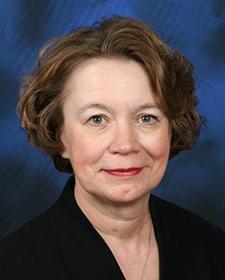 Because we expanded our coverage in two stages, we didn’t see a huge change in demand for mental health services in 2014 like some other states did. In fact, the 2011 change in Minnesota probably brought in some of the people with the highest and most complex mental health needs. We think that that may have made the transition easier for us this year.

While it seems that a lot of people became eligible for mental health services all at once because of the ACA, it didn’t take us by surprise or create a need for a vast new organization in our mental health benefits, because we had already been working to wrap people into the program for a long time. It’s just not as dramatic for us here.

I don’t want to suggest that the situation in Minnesota is completely rosy, because we know about provider shortages in this state. But it looks like, by and large, most of the plans [we’ve contracted with] to provide coverage to these new customers are getting people in to use their services.

MP: People receiving expansion health care coverage tend to access mental health services at a higher rate than others. Why is that?

GE: Some of it is income related. We know that levels of depression are higher among people in lower-income groups, and people covered under the ACA are more likely to be in lower-income groups than those who have private insurance. We also know that all kinds of adverse life experiences related to mental health are also correlated with poverty. In addition to the stress of poverty itself making increased rates of mental illness more likely, it is also everything else that is associated with poverty that increases rates of mental illness. Rates of divorce, domestic violence, rates of exposure to community violence are all likely to be higher in impoverished communities.

MP: The New York Times reports that private mental health providers in Kentucky have faced headaches when taking on newly covered Medicaid patents, including the long-term deterrent of low reimbursement. Has this been the case in Minnesota?

GE: That’s a chronic issue everywhere. Providers will almost always say that Medicaid rates are not something that anyone will get rich on. From a public policy standpoint it has always been the way the system works.

I think we certainly have the same kind of reimbursement situation in Minnesota that you’d expect anywhere, which is that as a group, some of our providers with higher credentials — psychiatrists and clinical psychologists — don’t enroll as Medicaid providers as much as our master’s-level providers. And when you get to clinical social workers and licensed marriage and family therapists, you see a good representation of those providers in our medical plans.

We have nine health plans in the state that participate in various regions for the MinnesotaCare and Medicaid expansion programs. Because of this, there is a different mix of coverage plans that are available to people who are eligible. The plans are responsible for maintaining a network of providers and assisting enrollees in making sure they get connected with a provider.

Usually, as part of your enrollment, you are encouraged to contact your health plan to learn about the providers that are in their network. One of the services that is available for enrollees here in Minnesota is something called “mental-health targeted case management.” This is designed for people with more severe or chronic needs. About eight percent of our expansion population is getting targeted case management. This means that these people with higher levels of need are getting assistance navigating the system and finding providers that are covered.

A question for our readers: Are you accessing mental-health coverage under MinnesotaCare or expanded Medicaid coverage? If so, what’s your experience? Have you had long waits to see providers? Send a note with your story to asteiner@minnpost.com.

Expanded mental health coverage and the Affordable Care Act: How is Minnesota performing?