Growing up in Wyoming, Minnesota, Sean Haines wasn’t the kind of guy who talked about his feelings — or the feelings of others, for that matter. 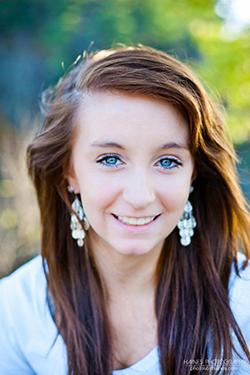 “I never really thought about mental health,” Haines said. “I didn’t spend much time talking about it, either.” But then on Dec. 29, 2011, Haines’ 15-year-old daughter Alissa died as a result of suicide, and everything changed. Suddenly, Haines and his wife, Katie, were plunged into a world where the mental health of others was of the utmost importance.

“We really started really talking about our feelings after Alissa’s passing,” Haines said. “It shook us to the core. We didn’t want to lose anyone else.”

For two months after Alissa’s death, Sean and Katie Haines stayed home from work. Shell shocked, they kept to themselves, focusing their attention on Jake, their then-8-year-old son.

“We were so lost,” Haines said. “We were in so much pain.” But then, one day, the couple, who were slumped on the couch, turned to each other and asked, “How did this happen?”  They didn’t know what caused their daughter’s death, but they did know that they didn’t want other parents to go through the same experience.

“We felt we needed to do something to raise attention to this issue,” Haines said. “That was when we decided to go down this road.”

From that ragged, tearful conversation grew Stomp Out Suicide, a nonprofit organization dedicated to raising awareness about mental health and the warning signs of suicide. For the last three years, the group has organized a 5-K run/walk at Wyoming’s Goodview Park. This year’s event was held on Aug. 23. It attracted 900 registered participants and 1,400 attendees — and raised more than $40,000. 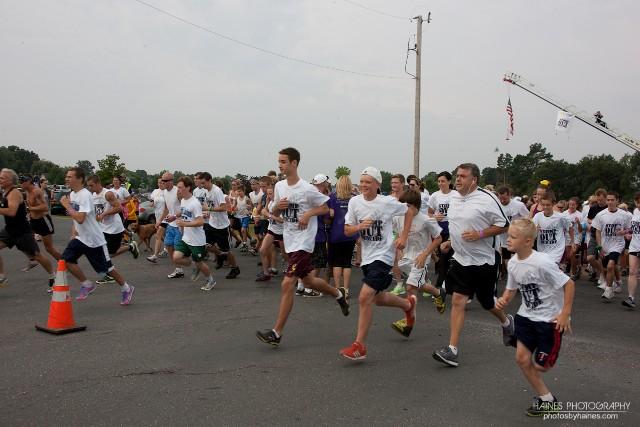 Proceeds from the first walk went to SAVE, a national suicide-prevention organization based in Minnesota. Last year’s proceeds, which totaled just under $40,000, were used in part to bring stand-up comedian and suicide-prevention activist Kevin Breel to speak to students at area high schools. Later this month, after all of donations are collected, Stomp Out Suicide’s volunteer board will announce the recipient of this year’s proceeds.

Haines said that Alissa’s death took him and his wife by surprise. Alissa didn’t show the classic signs of depression, and friends and family members report that she never told them that she was contemplating ending her own life.

Haines has spent much of the past three years thinking about how he could have missed the signs that his daughter was in such pain. Sometimes he blames himself for not paying attention, for being able to save his daughter’s life.

“Since Alissa’s passing, I’ve read so many books on mental illness and depression,” he said. “I think that maybe if I had had some knowledge of the signs back then, maybe I would’ve seen something in her behavior. But to my eyes, she was happy. She had a little brother she loved. She had good grades. She went through some mood swings, but I thought it was normal teenage behavior.”

On the night before Alissa’s death, Haines recalled, “I gave her a hug goodnight and said I’d wake her up in the morning. The next day around 11, I went up to her room and I found her.”

When he discovered his daughter’s body, Haines recalled, haltingly: “I was paralyzed. Still to this day, nearly every minute of my life, I remember that moment. I can’t describe the pain I felt. The memory still takes away my breath. I can describe every inch of that room, how the dust looked in the air. That’s something that’s burned into my brain.”

To keep his head above water, Haines has focused on his activism. The first Stomp Out Suicide walk, held just months after Alissa’s death, was largely focused on the Haines family’s private pain, but the focus of later events has turned outward, and Haines feels good about that.

“This year we had a family who had just lost their son to suicide,” he said. “They heard about the event from a friend, and they drove up from Iowa. I can only hope it helped them to see so many people there to support them.”

Finding that kind of support is key if society is ever going to normalize mental illness, a goal that Haines believes is achievable if enough people begin conversations about the emotional trauma that fills so many of our lives. Suicide is the 10th leading cause of death in this United States, he points out, but people are still afraid to talk about the state of their mental health, because they are afraid that if they do they will be labeled as depressed or mentally ill.

“It shouldn’t be that way,” Haines said. “Suicide is 100 percent preventable. We need to make mental illness normal, make it no different from any other sickness you’d run to the doctor for.”

That’s a tall order, but in the meantime, Sean and Katie Haines continue to do what they can in their own lives to normalize discussions about mental health. When given the opportunity, the once-reserved Minnesotan said he now gladly talks about his emotions — and the emotions of others.

“Katie and I try to make sure we have a pretty good idea about how each other and our son are feeling,” he said. “We’ve learned that we can pick up on the cues and talk about our feelings or maybe give a person time to go through their feelings. We keep communication very open, especially in front of our son. He knows it is OK to see his dad cry.”