The late first lady Betty Ford was known for her support of women’s rights as well as her battles with addiction, so it only made sense for the merged Hazelden Betty Ford Foundation to rename its Women’s Recovery Center in her honor.

“For most people under age 40, there’s not much knowledge about Mrs. Ford and her legacy,” said Mark Mishek, Hazelden Betty Ford Foundation CEO. “When we agreed to this merger, one of the promises we made was to honor Mrs. Ford’s legacy, to tell a broader audience about her great courage. To cement the merger, we agreed early on to rename our Women’s Recovery Center in Mrs. Ford’s honor. It made perfect sense, because Betty was for women.”

Last week, a group of foundation employees and supporters gathered at Hazelden’s Center City campus for the dedication event. Speakers, including Susan Ford Bales, youngest child of Gerald and Betty Ford and former chair of the Betty Ford Center; and Cokie Roberts, NPR Morning Edition contributor, spoke of the importance of providing focused and accessible recovery care for women. Their speeches were transmitted via live feed to the Betty Ford Center campus in Rancho Mirage, California.

The event, which Mishek characterized as an “internal event designed to show the commitment and dedication of the new organization to carry Mrs. Ford’s legacy into the future,” featured the unveiling of an original bust of the former first lady specifically commissioned for the building and created by artist Brett Grill.

After her own successful treatment for substance abuse at Long Beach Naval Hospital in California, Betty Ford set out to create what eventually became the Betty Ford Center. Mishek said the former first lady consulted with specialists at Hazelden to learn more about the “Minnesota Model” of 12-step-based substance-abuse treatment pioneered at the center.

“After Mrs. Ford went through treatment, she decided, ‘I’m going to give back. I am going to start a treatment center,’” Mishek said. “So she met with [former Hazelden president] Dan Anderson and studied what we were doing here. Then she went back to Rancho Mirage and opened her own center.” The Betty Ford Center was dedicated in 1982.

“Dan Anderson would go out to Rancho Mirage here every winter for six weeks or a month and consult with Betty and work with the team,” Mishek said. “That’s part of the really strong relationship between the two organizations that allowed us to come together. Their clinical model and our clinical model were born of the same person.” 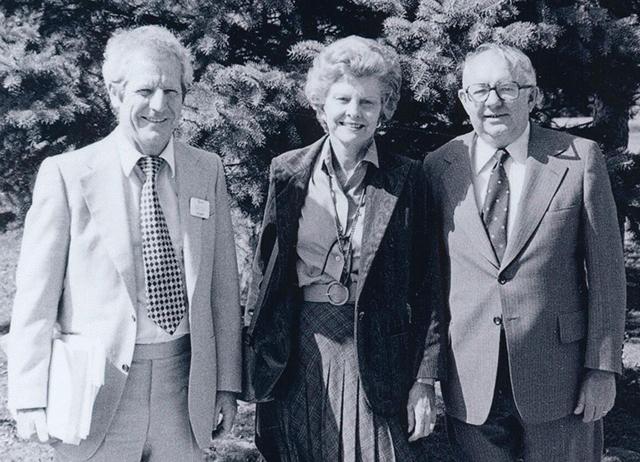 The rechristening of the Betty Ford Women’s Recovery Center ushers in a renewed focus on women and addiction at Hazelden, Mishek explained. Women battle addiction in equal numbers to men, but the gender breakdown of clientele at most treatment and recovery centers leans heavily toward male.

“The split between men and women at treatment centers is generally 60-40,” Mishek said. The former first lady saw the injustice in that equation, and insisted on equality at the facility that bore her name: “At the Betty Ford Center, Mrs. Ford said, ‘We are gong to have an equal number of beds for men and women,’ and they did.”

Mishek said that at Hazelden Betty Ford, they are working on ways to break down the barriers that many women often face when seeking treatment for addiction, including family responsibilities, financial pressures and lack of insurance coverage.

“Think about it like this,” Mishek said. “There’s a reason why most treatment centers have a 60-40 male-female split. It’s not because fewer women have addiction problems. It’s because it’s harder for them to get to treatment. We are trying to develop ways to make treatment more accessible for women.” Mrs. Ford would’ve wanted it that way. 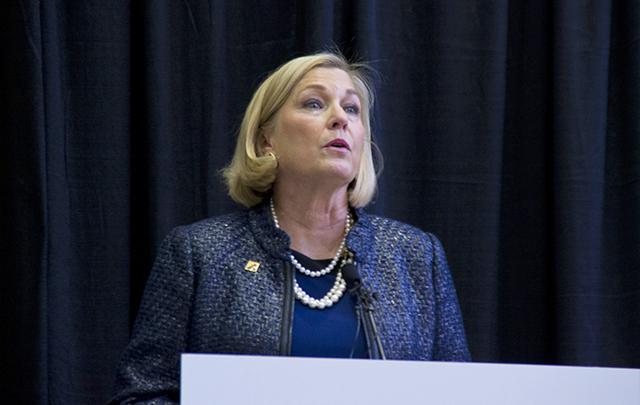