For 25 years this month, Diane Cross has been CEO of Fraser, a Minneapolis nonprofit serving adults and children with mental and physical disabilities.

The Fraser of today is robust, with some 1,000 employees and an annual budget of nearly $40 million, but when Cross took it over in 1989, the organization, founded in 1935 by special-education pioneer Louise Whitbeck Fraser, was sinking fast. Cross, who didn’t know the truth about Fraser’s dire financial situation when she’d accepted the job, jumped in head first, and in the years since has turned the organization into one of the nation’s leading resources for people with disabilities.

The organization, the largest provider of autism services in the Midwest, now serves adults and children with more than 60 types of mental and physical disabilities. And the groundbreaking Fraser School, a private program that educates disabled students alongside typical students, now reaches 450 children each week.

Past board chair Wendy Lutter first became connected with Fraser 14 years ago when she brought her son, who has autism spectrum disorder, to the program for treatment. “My son did social-skills classes there when he was three,” she recalled. “The growth that I witnessed at Fraser under Diane’s leadership has been just exponential.”

Lutter, president of St. Paul-based Lutter Marketing, said that for parents like herself, Fraser is a hopeful place.

“As a parent of a child with autism, by the time you come to Fraser, you’ve been told over and over again that there is nothing that can be done for your kid,” she said. “Fraser is an open-arms place where they say, ‘Welcome. We are going to take care of you and your child.’ I think Diane just embodies that spirit.”

Cross and I talked about her quarter-century career, her commitment to her organization’s mission and her plans for the future. 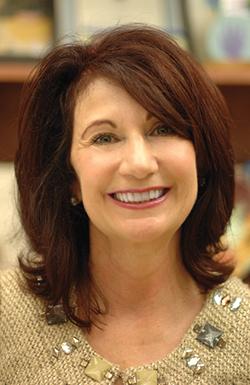 On what brought her to Fraser

I came to Fraser in October 1989. I was at Courage Center. At Courage I was promoted pretty quickly through the ranks. At the time I was recruited for this position I was director of medical rehabilitation and education. I loved Courage Center. I was very happy there. I was treated well, but I had two little children, a newborn and a 2-year-old, and I wanted to spend more time with them.

I got a call from a board member at Frasier saying they were looking for a new executive director. Would I be interested? I thought, “I should really think about this.” They said it would probably not be as high pressure of a job as they one I had. The budget was a lot smaller. I’d worked with some of the staff at Fraser. I knew they were good. I liked the idea of spending more time with my new babies, getting some CEO experience and maybe going back at a later time to Courage.

Her first week on the job

Something should have dawned on me when I walked into the building. There was more duct tape on the carpet then there was carpet. There were buckets in the playroom because the roof was leaking. Turns out the financials had been misreported.

During my first week there was a knock on the door. The accountant came nervously in and said, “We can’t make payroll this month.” It dawned on me pretty quickly that this organization was in trouble. But failure is not in my vocabulary.

I thought, “Fraser is not going to fail on my watch.” It had a great board of directors, a great staff. It served a huge need in the community. I was only the third person to have held this job. I felt I was here for a reason: This didn’t just happen. This was meant to be for better or for worse. But first it got worse.

I had to go to the board of directors and tell them, “We are really bleeding.” We were like a little rowboat taking in water really quickly. I said, “If we don’t figure out how to fix this we were going to sink.” I projected they were going to lose $400,000 by the end of the year. We were on the brink.

I slept at my office the first week. I could not afford the hour back and forth from my office. Time was critical. We didn’t have any money. My mantra was, “Fix this now.”

Then, after that first board meeting, I get a call from the state of Minnesota telling me they were closing our group homes because they wanted everyone to move into four-person homes. That was about half of our budget or more. Then I got a call from the county saying they were no longer going to fund Fraser School because they felt the public schools and others were meeting their needs and maybe Fraser School had outlived its time.

It got to the point where I was afraid to pick up my phone. It was never good news. For inspiration, I kept thinking back to Mrs. Fraser.

I had to start with cash flow. Every idea I could come up with for saving money, I put on a piece of paper and we started implementing them. We told the janitor we couldn’t afford him anymore. We all took turns cleaning the building. We froze salaries. We delivered our own food and milk to the group homes. I fired the garbage pickup service. We renegotiated every contract we had to help with cash flow.

We haven’t been in the red since that first year. I was able to stop the bleeding. We lost about $280,000 in that first year. I only had two months to make that happen. I said we are never going to do that again. Thinking back on it, it was like, “Oh, my heavens.” It was a scary time. It really was. I don’t know if I could do that again. It was something bad every day.

I knew we had to grow if we were going to stay alive.

I kept telling everybody here, “We have to talk about the future.” That was a hard message for the staff. Those are lofty goals to get your head around when the boat we are sitting in is sinking now. I needed to help them understand that they owned the vision for this organization.

That was a tough message to give. I was the new kid on the block. I hadn’t earned their trust yet. I needed to get them to the point where they were willing to take a chance and hang in there with the vision of what we should do. But most of them came around.

I also had to shore up the board. I had two strategic initiatives; one was growth. I knew there was a huge need in the community that could be met by Fraser. I also knew I needed to take off some of the hats that I was expected to wear. I was CFO, head of fundraising, head of human resources, head of marketing, I was doing the books. The first thing I needed to do was get a finance person in here to make sure we were managing the money.

I believe, “No money, no mission.” I didn’t think that the people here had the vision for growth that I saw. This organization was doing great things. It just wasn’t doing enough of it to meet the need that was out there. In time, we all came together around that vision.

It’s one thing to have a vision, but if you don’t have people who are willing to back that vision, you are not going to succeed.

Our vision today is that no one in the state will travel more than 35 minutes or 35 miles to access Fraser services. We have five clinics now. We are looking at opening two more in the next two years. We are also looking at telehealth and collaborations with existing providers in St. Cloud and Rochester. I don’t like families having to drive all the way from Duluth to access our services.

I really believe that we have something really unique here. We’ve got the most unique culture. You feel warmth when you walk into this organization. We have a warm, caring, kind, compassionate culture that Fraser is known for.

Culture eats strategy every day for breakfast, lunch and dinner.

I’m 63. I have a joke I like to tell: The board has asked if I have a succession plan. My response was, “Yes I do on. It’s sealed in an envelope.” The outside of that envelope is very clearly marked. It says: “If you are reading this, Diane better be dead.”

I’m not planning on going anywhere. I’m a long stayer. I feel I want to stay in this job as long as I feel I can continue at the best level a CEO can contribute. I feel like I am still doing that.

From duct tape and leaky roofs to $40 million and 1,000 employees: Diane Cross’ 25-year career at Fraser