Caroline Whiddon is classically trained in French horn, but for 18 years, she didn’t pick up her instrument. In her 20s, panic attacks, depression and anxiety disorder had cut short her classical performance career, and she assumed she’d never play again.

In recent years, however, since she and her husband, conductor Ronald Braunstein, founded Me2/Orchestra, an ensemble designed to support and nurture musicians with mental illness, Whiddon has begun to play her horn again.

“The musicians in this orchestra really take care of each other,” Whiddon said. “It’s like an extended family. I watched Ronald conducting, and I thought, ‘This is fun. I should be part of this.’” She’s joined Me2/Orchestra, and now plays twice a week.

On Oct. 19, Whiddon and Braunstein, who has bipolar disorder, will be keynote presenters at the 14th annual Twin Cities Jewish Community Conference on Mental Health at Temple Israel in Minneapolis. The couple met in 2010 when they both worked for the Vermont Youth Orchestra Association. They founded Me2/Orchestra in 2011 in Burlington, and have recently launched a second Me2/Orchestra in Boston.

I talked to Whiddon, Me2/Orchestra’s executive director, about her organization’s founding, about bias against people with mental illness and about her plans for their keynote presentation.

MinnPost: What first inspired Ronald to tell you about his bipolar disorder?

Caroline Whiddon: I tell him that I knew within five minutes of meeting him that he was at the very least suffering with depression. I felt that he was walking around with a dark cloud over him. It didn’t seem like he just felt sad. I felt that there was something clinically wrong. I had no personal experience that I was aware of with bipolar disorder. Now I look back at some of his behavior and I realized that he was manic at the time. I didn’t know what it was.

When we first started working together, I’d say in a joking way, “Why don’t you tell me what diagnosis you have? It would make it easier.” He’d skirt around it. I was joking, but I was also concerned.

It took months and what became a very stressful work situation before he came around and was able to tell me about it. (Braunstein lost his job at the Vermont Youth Orchestra after his mental illness spiraled out of control. Whiddon left to pursue other interests.) My response was, “What a relief. Now that I know what this man is living with, I can help him.”

MP: Who came up with the idea for Me2/Orchestra?

CW:  Ronald came to me one day and said, “I want to start a bipolar orchestra.” Those were his words. I think I stared blankly at him for a few minutes, but then I said, “I think we have to broaden the profile of the musicians a bit more than that, but it is an interesting thought.”  His point was, “I want to work with people who get me, understand me, are like me.” 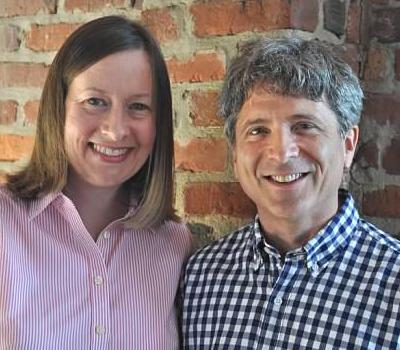 The more I thought about Ronald’s idea, I began to see some parallel between what he was describing to me and the gay chorus movement. What he was hoping to create was an environment in which to make music that would be supportive and change people’s minds about what they previously thought a person living with mental illness looked like.

As soon as I hooked on to that example I did some research on the gay chorus movement and the impact it’s had on people’s lives. There is still so much stigma around mental illness. We both had firsthand, very painful experience with that.

MP: Did you ever worry about possible repercussions of Ronald’s decision to come out with his bipolar diagnosis?

CW: When we founded the organization, I said, “I know you want to create this environment where you and the people around you all feel comfortable, but do you really want to be known as the bipolar conductor? Once we go out in the community with this that is going to stick with you. That was going to be part of the bio forever.”

He thought about it long and hard, but to be perfectly honest, he felt like he didn’t have a lot of options left. He was at a low point and so depressed yet trying so hard to get back his footing professionally. In one sense he felt backed into a corner, but in another sense he felt liberated by being able to be himself. He said, “Let’s do it. I’m ready to talk about it.”

MP: How did you find your musicians?

The first two young men who contacted me were musicians I knew from my former job with the Vermont Youth Orchestra. During their college years, each of them had been diagnosed with bipolar disorder. They both were still playing their instruments. They got in touch with me and said, “This sounds like a great way to show solidarity. I want to be part of this.”

We had our first rehearsal in 2011. Ronald says there were seven people there. I say it was closer to a dozen. No matter how you remember it, it was not a grand, oversized beginning. It was very modest. But we had this roomful of very interesting people who had a diagnosis they wanted to share with us, or they knew Ronald and wanted to work with him based on his reputation. From there it gained more and more traction over the years.

MP: Have you ever worked with people who are concerned about being part of an orchestra for people with mental illness?

CW: We had members at the beginning who were hesitant to say they were part of a “mental health orchestra.” One member was Harvard educated and unemployed. She said at the first rehearsal that she didn’t want her name associated with the orchestra because she might have a hard time being employed if that information got out about her. Now that woman, her name is Carole, she’s done a complete turnaround. She’s actually working for a company that appreciates her experience with mental illness. They wanted to hear her story. They appreciate that she has this lived experience.

A year ago I started to see a change in her. She started talking openly about her diagnosis. She’s had conversations about her meds and her therapists, not only with me and Ronald, but also with people in the audience after concerts. She joined the board of NAMI-Vermont. She went from being someone who was really self-stigmatized and expecting the sigma of society to being someone who was a real champion for herself and others who are living with mental illness.

She’s such a great example of what can happen when you spend just one night a week with people who are there to support you and not pass judgment on you.

MP: You have been diagnosed with depression and anxiety disorder. How have those diagnoses affected your career?

CW: I went to the Eastman School of Music in Rochester. I played French horn. I graduated in 1992 with my bachelor’s of music in French horn performance. It was right around that time that I was diagnosed with depression and anxiety and panic attacks. I realized then that I was not cut out to pursue a graduate degree in performance. I ended moving back in with my parents in Georgia. I regrouped, and my mother and I founded a youth orchestra in Columbus, Georgia. I did that part time for a couple of years and then I moved to Savannah to work with the symphony.

I’m really lucky that my anxiety and depression peaked in my 20s. Both are easily managed with medication. They’re not something I’m actively seeing someone for now, but I did do many years of therapy for my anxiety and panic attacks. It’s no longer something that I think about on a daily basis or something that upsets the rhythm of my life.

MP: People often say that bipolar disorder or other forms of mental illness are more common among musicians and other artistic types. Have you found this to be true?

CW: I get asked that question quite a bit. There are differing opinions on that. A lot of people will say that mental illness is more prevalent among artists and musicians, but the truth is that nobody that I can find has really studied that.

Part of me actually wonders if artists are just much more likely at some point in their lives to admit publicly that they are living with a mental illness, whereas someone in a more white-collar job might not feel they can admit it.

My friends from music school have a joke. They’ll say: “I hear you started an orchestra for people with mental illness. How is that any different than my orchestra?”

MP: What have you planned for your Sunday presentation at the Twin Cities Jewish Community Conference on Mental Health?

CW: We’ve never done anything like this. It is going to be interesting. The format they’ve decided on for the actual keynote presentation is someone who will be interviewing us. So we don’t have to get up and deliver a speech. Part of it will be us telling the Me2 story. And I’m sure people will be interested in hearing Ronald’s personal story.

For the afternoon sessions, we are going to have a rehearsal with a group of around 25 local musicians who have signed up to be part of an ad hoc orchestra. I sent them the music, and Ronald is going to rehearse them. At the closing session, they will be performing a movement of Handel’s “Music for the Royal Fireworks.” It will give the audience a chance to see Ronald at work.

At the beginning of every concert, I make the announcement that this is an orchestra for everybody. I stand up and say, “We are all here to make music and not judge. For the next hour, this is a stigma-free zone.” You can almost hear the collective sigh of relief. How often do you get to spend an hour where you can relax, listen to music and know you won’t be judged?

Online registration for the 14th annual Twin Cities Jewish Community Conference on Mental Health will be open until Sunday, Oct. 19, the day of the conference. The conference is free and open to everyone. It has been organized since 2001 by Laurie Kramer, who is also MinnPost’s co-founder.